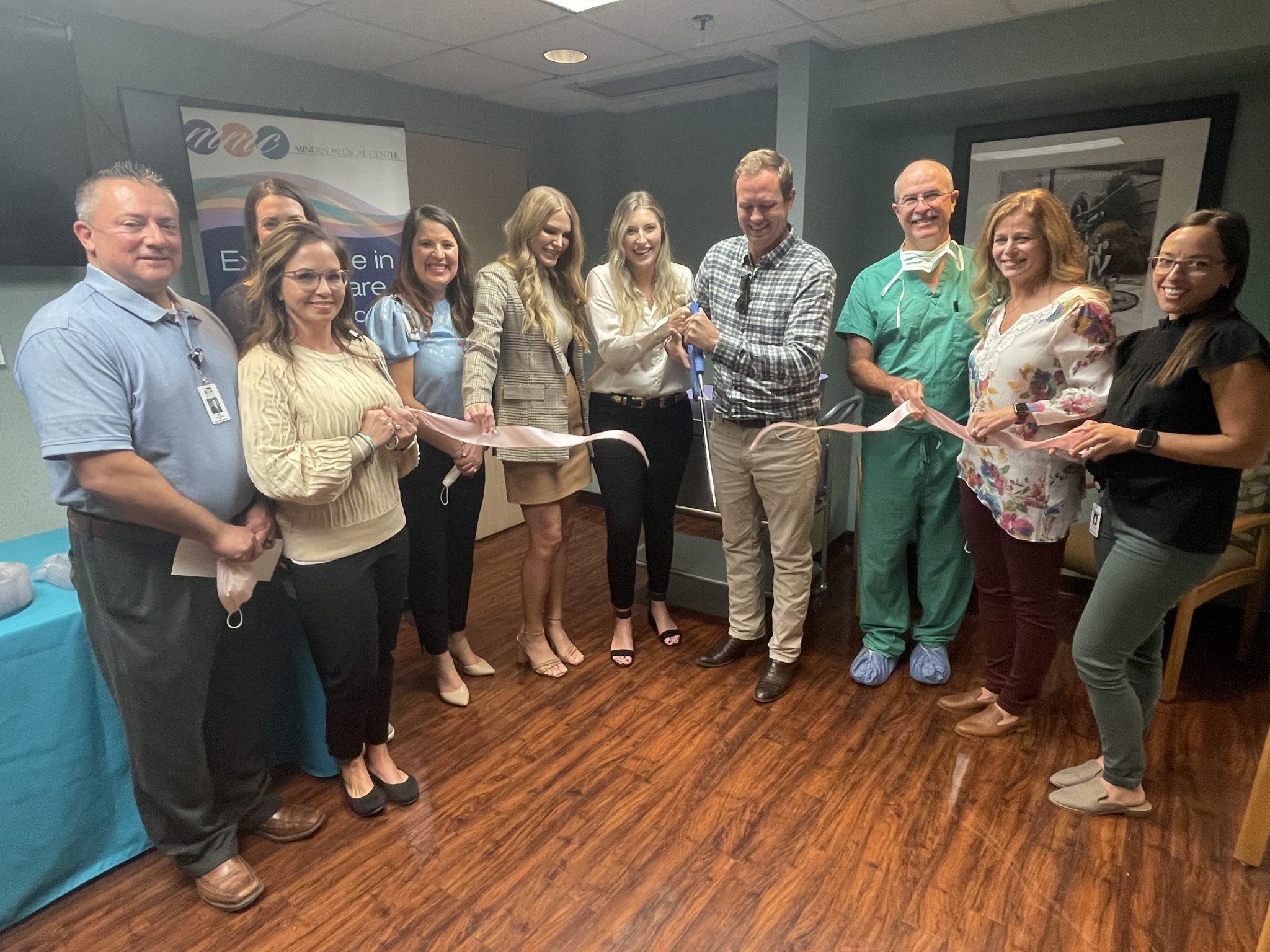 It is a grim reality that not all babies that are conceived or born will be able to live out their full lives. It’s a reality that many would probably rather not think about if they don’t have to. However, that is not an option for the families who experience these tragedies more personally.

In order to aid these families and help as much as they possibly can, the Angel’s Gala was created by Kila Gonzalez and Maranda Salters. It is an annual event that raises money with the goal of giving families a way to freely and openly celebrate their precious babies while also changing the way they are cared for in hospital and clinic settings.

Minden Medical Center, after involving themselves with the most recent gala, became a recipient of a Caring Cradle, a device that allows families to spend more time with their babies during a time when every second is precious.

“It all came about when our pharmacist Chelsea Brasell had an experience coming up to the labor unit, and we had a still born and nowhere really to preserve,” said Mandi Hart, Director of Business Development for Minden Medical Center.

“It kept popping up on our feed — people posting about this Angel’s Gala. So Chelsea contacted Carrie Rasberry, who is over our labor and delivery unit, and got the ball rolling. We were able to participate in the Gala in September.

“We were a year behind and weren’t really planned for, so at the very end of the evening, they specifically said we want to raise money for Minden Medical Center, and the hands just flew up!

One of the co-founders of the Angel’s Gala, Kila Gonzales, was present at the donation, sharing some words about what they do and the impact it has had on so many lives.

“Thank you all so much for the support and desire to reach out to ask for this and want this for your moms and families. It shows your hearts and how much you care. It’s really a breath of fresh air. We’re honored to be able to donate this,” said Gonzales.

“This cradle means a lot. It’s going to really impact families and give them the gift of time.”

Gonzales also has her certification as a Grief Doula, someone who helps provide emotional support for families going through the loss of a child. Each Caring Cradle donated through the Angel’s Gala is dedicated with a plaque celebrating the memory of these children and allowing them to live on and help other families who are going through similar experiences.

For the Minden Medical Center cradle, Carlyle and John Hoogland presented a plaque in memory of their Angel Baby, Holly Diane Hoogland. Gonzalez shared some words about the family and her time with them and Holly.

“Carlyle and John reached out to me whenever they were about 18 weeks. They were getting their very first baby, and they had received a fatal diagnosis. Holly had Trisomy 13, and she was not going to live. I was able to walk them through their pregnancy — such an honor and privilege — and get them ready for delivery. I was able to be there when Holly was born. This family is just amazing; The sacrifice that they made and how strong they are. The fact that they chose to give Holly life, as much as God would give her, is just admirable,” said Gonzalez.

“Holly lived for almost 24 hours. Right before they were about to leave, Holly passed away. It was devastating. Then they were able to use the cradle and spend another day with their baby and make more memories.”

Referring to Carlyle and John, Gonzalez said, “Thank you for giving Holly life, because her life means a lot, and it’s going to continue to impact people for years and years to come because they’re going to see her name on that cradle and know it’s because of her.”

Carrie Rasberry, Perinatal Director at MMC and the individual who got the ball rolling for MMC’s involvement with the Angel Gala, also shared some words of appreciation.

“Being a perinatal nurse for fourteen years and having to be at bedside with a family after a loss is probably one of the hardest things you have to go through as a nurse. There were so many times that we would wish to be able to offer an extra day or even an extra hour with their babies, and now we can do that. I just thank y’all so much for that,” said Rasberry.

“After we received the cradle, a little over a week ago, we had a mom who came in and we were able to offer the cradle to her. At first she wasn’t really sure, but after she was able to keep her baby with her at bedside for longer, and able to share that time with her, she left here very grateful and said her heart was now full.”

For those wishing to know more about the program, or potentially donate to the Angel Gala or any of their sister programs, they can find more information at angelsgala.com.