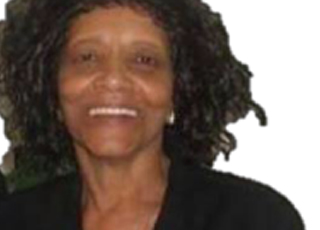 Family and friends affectionately knew Armelia as “Meechii.”
Meechii received her education at Park High School in Kernes, Texas and later attended Prairie View A&M University. Her major was sociology. She worked for Robert Half and the Green Sheet as an accountant.

Meechii was united in holy matrimony to Ardis Lee Williams who preceded her in death. The union brought her two step-sons, Mark (deceased) and Skip, step-daughter Twala, all of Fort Worth, Texas Meechii opted for a change of scenery and moved to Minden in 2005.
Meechii accepted Christ as her Savior at an early age and was a member of St. Rest Baptist Church in Minden until her health began to fail.

As she departed this life on April 19, 2016, she was preceded in death by her parents; brother, Tolbert Thomas; and brother Chester Bernard Thomas. She leaves to cherish her memory: sister, Esther Yelder; sister-cousins, Linda Johnson, Brenda White and Cheryl Kirby and a host of nieces, nephews, cousins and other loving relatives and friends.
Funeral services were held Saturday, April 23 at Bethel AME Church in Corsicanna Texas.