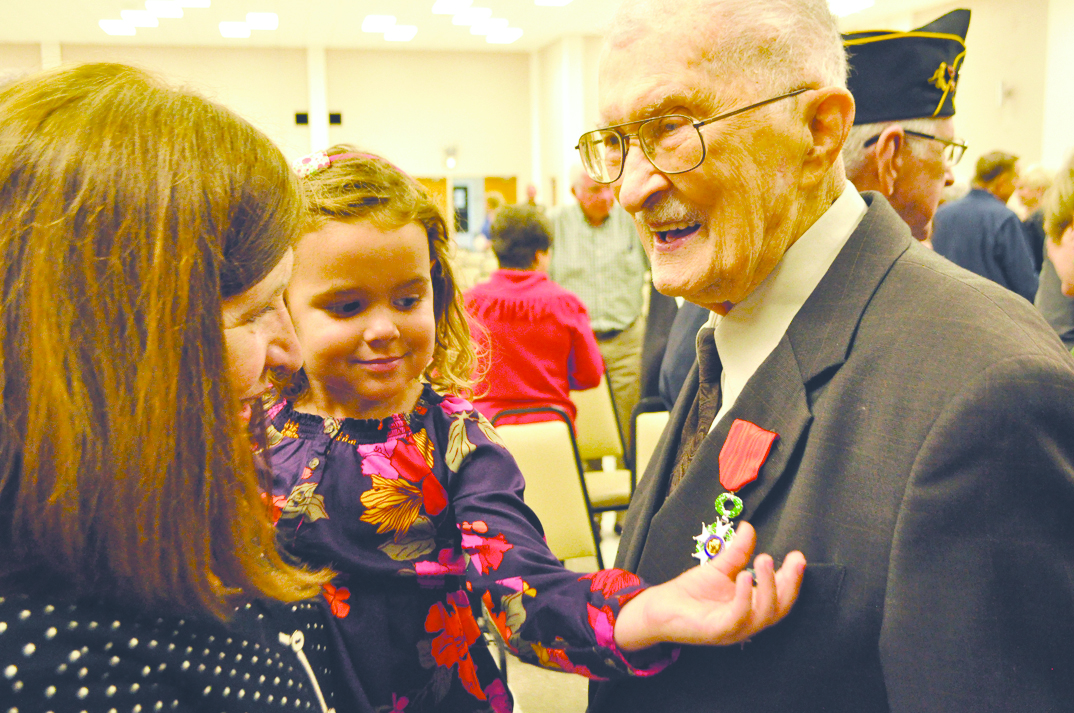 Bill Ichter tells of his time with Billy Graham

This week, the late Reverend Billy Graham will become only the fourth private citizen in U.S. history to lie in honor at the Capitol. Well-known Minden veteran and minister Bill Ichter still remembers the first time he met Billy Graham.

“In 1956 in the city of Richmond, when we were appointed as missionaries, Billy Graham was holding a crusade” Ichter said. “We sat on the platform that night, and at our appointment service, he said ‘Oh, you’re going to Brazil, what a great missionary field that is.’ I never forgot it.”

Ichter and his wife Geri served as missionaries in Brazil for 35 years. When Billy Graham came to Rio de Janeiro in 1974 for one of his famous “crusades,” Ichter directed a choir of over 11,000 people as part of the event.

Ichter fondly recalls his time interacting with Billy Graham and other members of the Billy Graham Evangelical Association, such as music director Cliff Barrows and singer George Beverly Shea.

“I had the wonderful privilege of being the chairman of the music committee, and for six weeks I planned concerts every night for Bev Shea and Cliff Barrows,” he said. “I had the privilege of riding around with those guys. Oh, what wonderful men they were.”

After six weeks the crusade came up, Ichter said.

“I had organized a choir for the crusade, and we’d been working for a year,” he said. “The evangelical denominations had never worked together on anything, so the Graham Association had started by dividing the city into 28 districts.

We started off our rehearsals within each denomination in each district. Then we gradually began to include other denominations together.”

It soon came time for the rehearsal in Maracanã stadium, then the largest stadium in the world.

“I had been preparing this choir for Cliff Barrows the whole time,” Ichter said. “He said, ‘Bill, they follow your leadership and speak your language. You lead the choir and I’ll lead the singing.’ It was such a great opportunity, this choir of 11,500 people on the final Sunday. That same day, Billy Graham spoke to 225,000 people.”

Ichter said he was humbled and awestruck by such an opportunity.

“Oh man, I was so honored, you know?” he said. “During the crusade, I sat on the same platform as Billy Graham, a great man of the Lord. You can imagine, directing a choir like that. I had many highlights in my missionary career, but as a minister of music that was probably the very top. Imagine having a choir almost as big as the population of Minden. It was wonderful.”

Ichter interacted with Billy Graham a few other times throughout his life, and he contacted the Press-Herald offering to tell his story as a tribute to the renowned preacher.

“He was a very dynamic man,” Ichter said. “A very humble man, and a great man of the Lord. He was well recognized, but he wasn’t a political figure. He was a unifier. When we had the crusade choir, the different denominations had never worked together on anything, but he was the unifier that brought them together.”

When he learned of Billy Graham’s passing, Ichter said his thoughts turned to those who had gone before.

“Heaven will be richer,” he said. “He’s up there with Bev Shea and Cliff Barrows. The three of them were inseparable during the Graham crusades all over the country, and now they’re together again.”

Two of Ichter’s children and four of his grandchildren have served as missionaries in places like Bosnia, Germany, and Sudan. Like Billy Graham, Ichter’s legacy is being carried on through his family, though as Ichter said, Graham’s legacy is much larger.

“He’ll be remembered as one of the greatest men of our time, the great evangelist of our present lives, a great unifier, and one who won many, many people to Christ.”