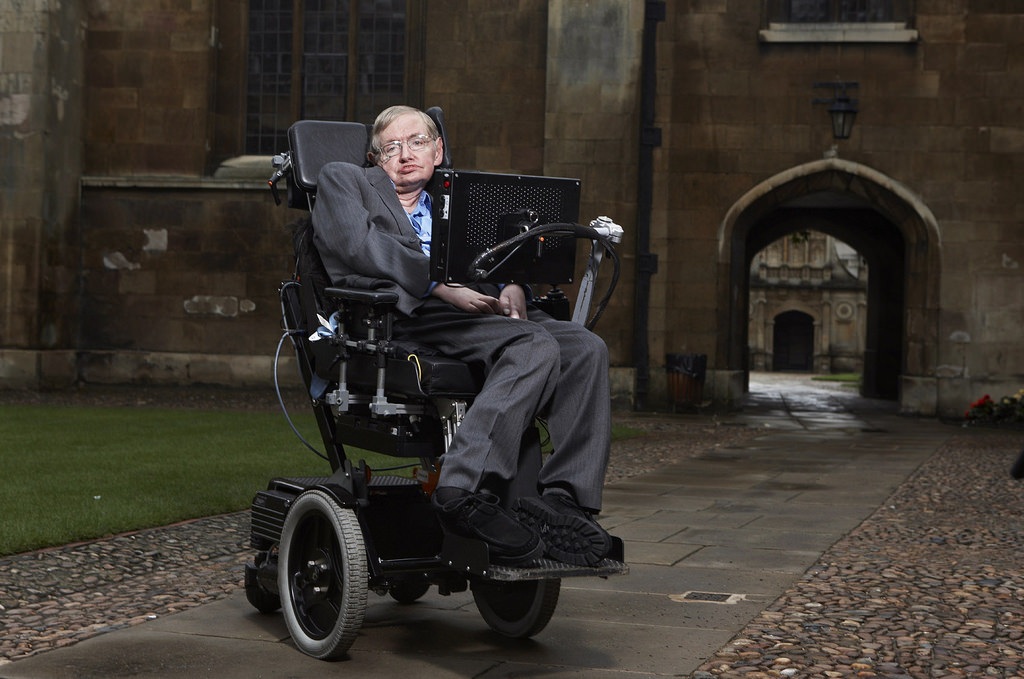 PARIS (AP) — In his final years, the only thing connecting the brilliant physicist to the outside world was a couple of inches of frayed nerve in his cheek.

As slowly as a word per minute, Stephen Hawking used the twitching of the muscle under his right eye to grind out his thoughts on a custom-built computer, painstakingly outlining his vision of time, the universe, and humanity’s place within it.

What he produced was a masterwork of popular science, one that guided a generation of enthusiasts through the esoteric world of anti-particles, quarks, and quantum theory. His success in turn transformed him into a massively popular scientist, one as familiar to the wider world through his appearances on “The Simpsons” and “Star Trek” as his work on cosmology and black holes.

Hawking owed one part of his fame to his triumph over amyotrophic lateral sclerosis, or ALS, a degenerative disease that eats away at the nervous system. When he was diagnosed aged only 21, he was given only a few years to live.

But Hawking defied the normally fatal illness for more than 50 years, pursuing a brilliant career that stunned doctors and thrilled his fans. Even though a severe attack of pneumonia left him breathing through a tube, an electronic voice synthesizer allowed him to continue speaking, albeit in a robotic monotone that became one of his trademarks.

He carried on working into his 70s, spinning theories, teaching students, and writing “A Brief History of Time,” an accessible exploration of the mechanics of the universe that sold millions of copies.