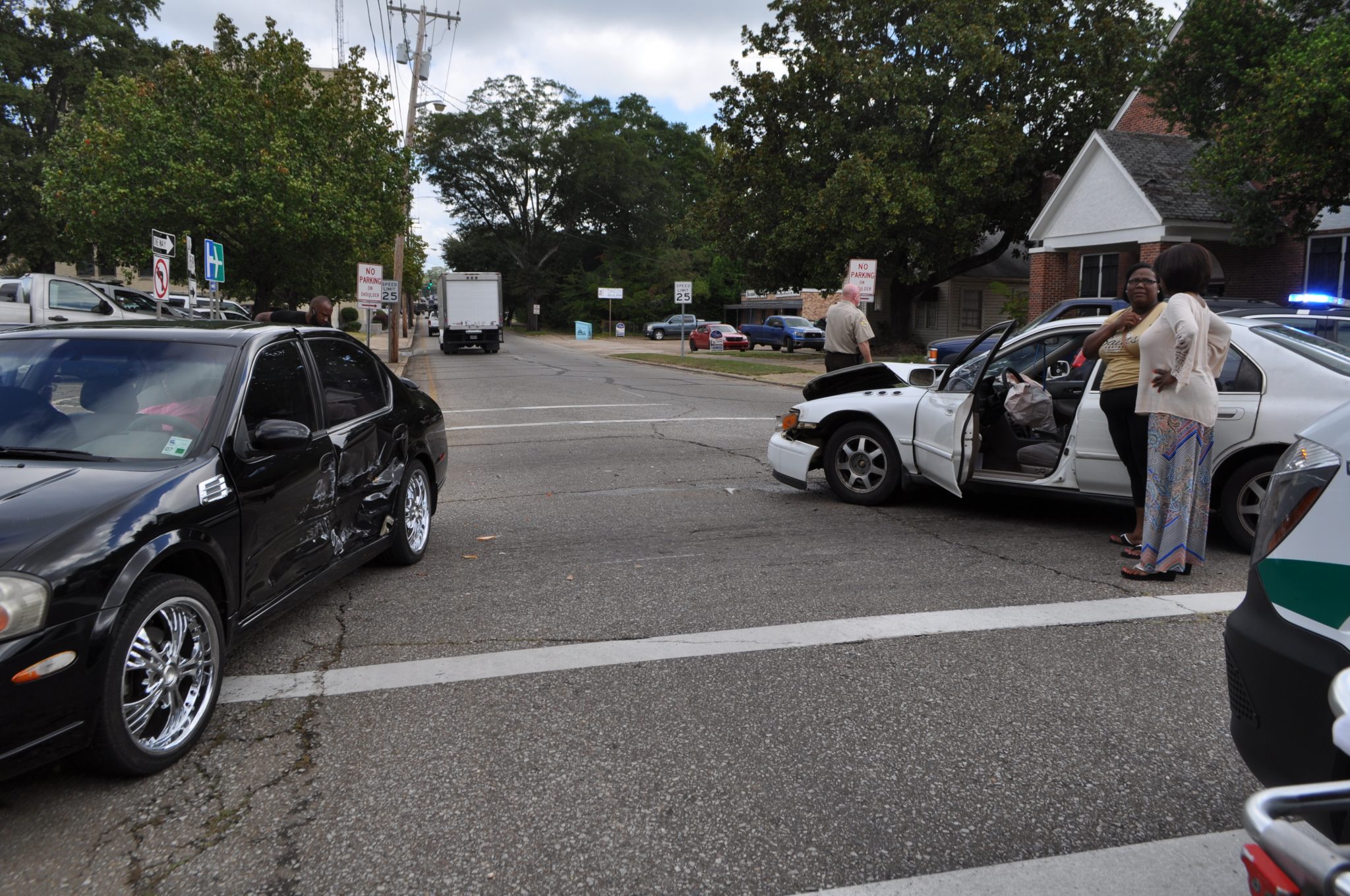 A two-vehicle crash sent one to the hospital with nonlife-threatening injuries Wednesday. Around 10:46 a.m., Minden Police say Jesse Singleton, of Jonesboro, driving a 2004 Nissan Maxima, was headed west on Lee Street when he ran the stop sign. Catina Adams, of Gibsland, driving a 1994 Honda Accord, was coming north on Broadway, police said, and hit Singleton as he was crossing the intersection. A passenger in the Honda Accord was transported to Minden Medical Center for treatment. Singleton was cited for running a stop sign.