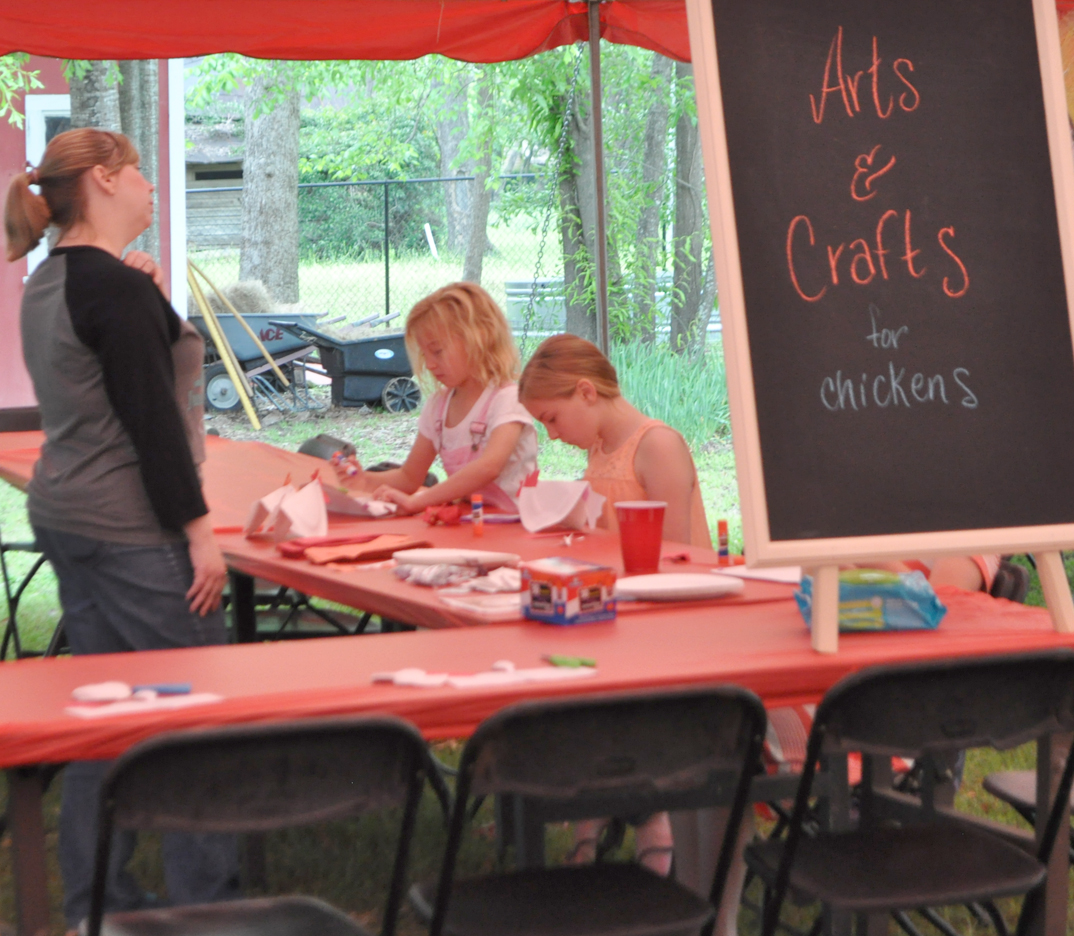 This year’s spring arts festival at The Farm will see some major changes due to budget constraints.

The 24-year-old annual arts festival, known as Chickenstock, will not have a public display of children’s art and the Saturday event has been cancelled this year. Julie Vogel, president of Cultural Cross Roads of Minden, Inc., said the main focus will be on providing the arts to children. This year’s Chickenstock will only include the “Kids Day on the Farm.” Each year, more than 500 fourth grade students are bussed in for art activities with professional artists and are exposed to various art mediums and processes free of charge.

“For years, we have provided the first real art experience for the children in our parish,” Vogel said.

She said with years of funding cuts from state and now the recent cut from the Webster Parish Police Jury has forced them to reevaluate and make some difficult decisions. Vogel said the board ultimately decided that the children are their first priority.

“The state cuts to the arts for the past several years has taken the once nearly $20,000 allotment for Webster Parish down to barely $6,000,” she said. “While we’ve gotten the lion’s share of those funds for the past 20 years, we see that dwindling to nothing.”

Cultural Crossroads will celebrate its 25th anniversary in 2018, and along with providing arts programming for the parish for nearly a quarter of a century, the group has done some things to help offset the loss of funding. In recent years, the rental of The Farm for outside venues, reunions and birthday parties has brought in revenue that has provided some operational support to The Moess Center for the Arts & City Farm, aka “The Farm.”

Cultural Crossroads is now tasked with trying to raise funds to replace the loss. Letters to corporate donors will be going out in the coming weeks with the hope that much-needed corporate support will return this year, Vogel said.

Letters of invitation to spend their day at The Farm will also be going out to both public and private schools.
The mission of Cultural Crossroads, the sponsoring organization is “to unite all people through the arts.” The donation of Zenobia West’s family property 17 years ago has led to the development of a four-acre estate, where a healthy mix of the arts and agriculture has seen some growth.

Chickenstock 2017 has been set for the last week in April. For more information, contact Vogel at 286-9472.