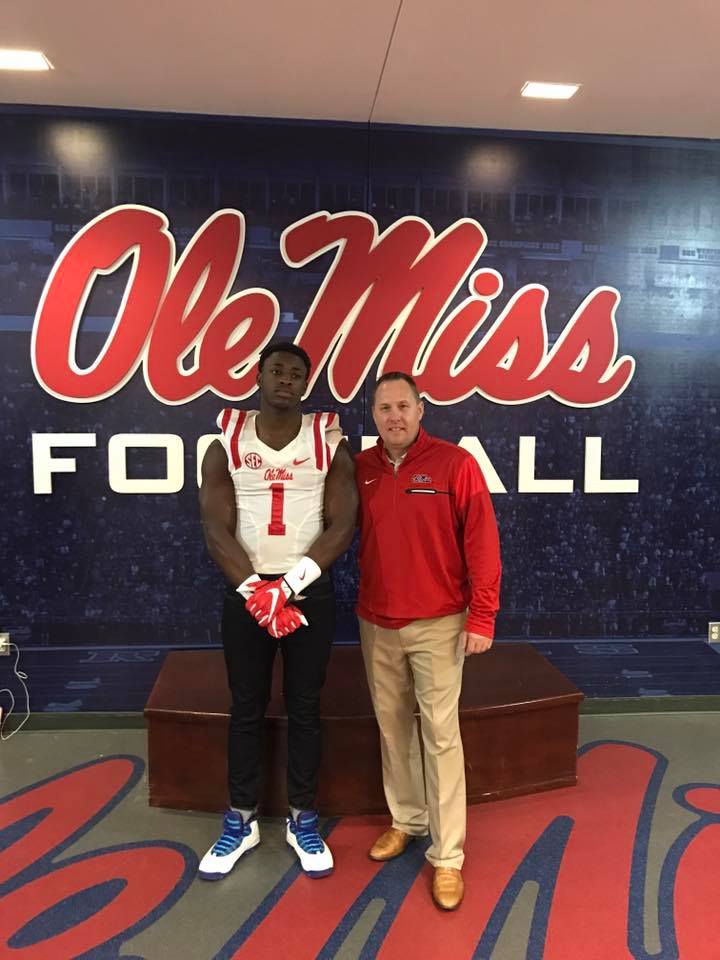 The Ole Miss Rebels are the latest team jumping in the race to land Minden 3-star linebacker Zi’Kerrion Baker.

Baker tells the Press-Herald former LSU and current Ole Miss assistant coach Bradley Dale Peveto extended an invitation for Baker to visit campus last Tuesday, although nothing could be confirmed entering the weekend.
Things became clear with Baker heading to Oxford over the weekend for an official visit to Ole Miss on the final recruiting weekend before National Signing Day on Feb. 1.

While Baker’s recruitment was quiet up until January, this month he received a scholarship offer from Colorado State on Jan. 18 and then Ole Miss came calling last week. As of now the Rebels have not extended an offer, but could do so at the eleventh hour.

The Rebels have endured a tough year on the recruiting trail after a brief run of dominance by Hugh Freeze and staff. Ole Miss currently holds the No. 53 ranked recruiting class in the country, according to 247sports. Teams like Iowa, Iowa State and Minnesota are ranked directly above them.

For Baker, who admitted he was ready to have the recruiting process over with, playing for the Rebels offers a chance to compete at the highest level of college football in the Southeastern Conference’s West Division. The Rebels are also short on linebacker depth, meaning Baker would get a chance to step on the field as early as this fall.

Baker said Southern Miss and Louisiana-Lafayette join Ole Miss in his top 3 on the eve of Signing Day.

Those two schools have been on Baker much longer than the Rebels, and both would give Baker similar – if not better – odds of early playing time. Colorado State, late to the party and a long ways from home for Baker, is considered out of play.

Baker finished his senior season at Minden High with 121 tackles and 10 sacks, playing a hybrid linebacker/defensive position in Minden’s Crimson Swarm defense. Standing 6-foot-1 and 215 pounds, Baker projects as a linebacker with enough versatility to play inside or outside depending on need.