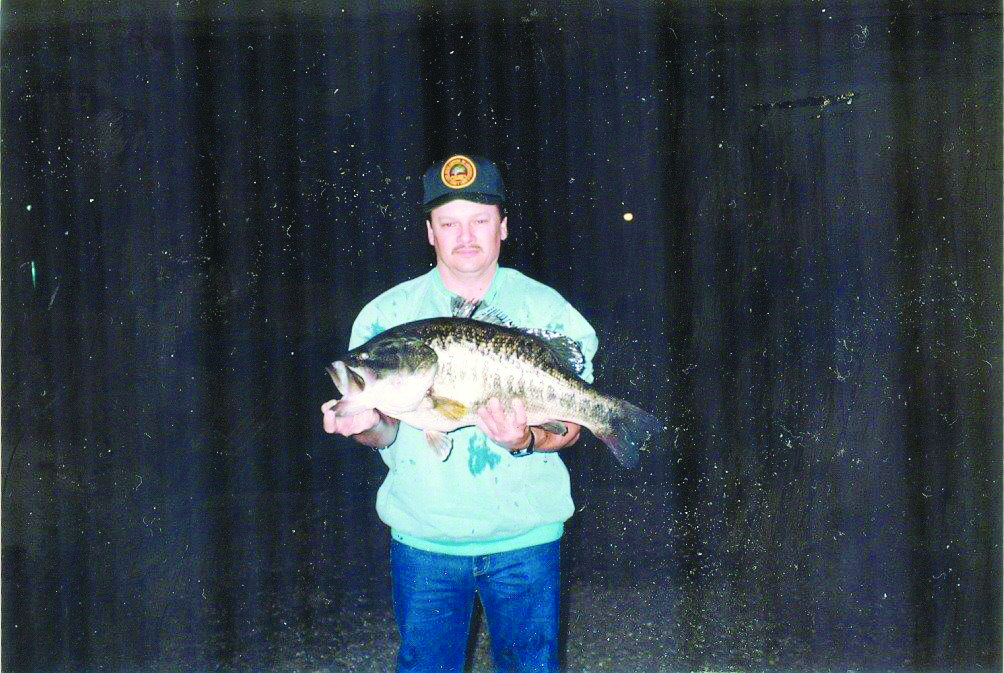 Back in the early and mid-1990s, Caney Lake was living up to its name as the Jewel of Jackson Parish. Between the years of 1993 and 1996, six of the top ten bass listed in official and current Louisiana freshwater fish records were caught on Caney Lake, topped off by a behemoth caught on February 12, 1994 by Greg Wiggins.

Flipping a jig next to a stump, Wiggins felt a thump of a bass that would put him atop Louisiana’s Top Ten list where today, 28 years later he’s still sitting in the catbird seat with a fish officially weighing in at 15.97 pounds.

Things rocked along for years since Wiggins set the record with few serious challenges to the record reported as big bass production declined. Caney had gradually reverted to being a lake like several others around the state where you had the chance to catch a good bass maybe in the 7 to 9-pound range. This year, however, something is happening with Caney Lake bass today that makes one wonder how much longer Wiggins can wear the crown as big bass champ.

Heads were turned around the country a couple of weeks ago when Alabama angler Randy Howell, fishing the Major League bass fishing circuit landed a 10.11-pound lunker, his personal best and the largest ever weighed in on that circuit.

Last week reports coming in from Caney were of five bass being weighed in at over 10 pounds each, topped by two bass each tipping the scales at over 13 pounds. It is becoming obvious that something interesting and exciting is going on with this lake.

Mike Wood, retired fisheries biologist who spent years managing area lakes including Caney, was asked if there is the chance that a bass to challenge Wiggins’ record is swimming today on the lake.

“Absolutely,” said a confident Wood. “There is no reason to believe its not out there because Caney now has the essentials to make it happen.”

What is different about Caney Lake today that gives Wood such confidence of the lake’s potential to produce another state record?

“The lake has three important elements that make this a real possibility. First, there is the genetics of the bass on Caney. Then there is an abundant food source in shad and sunfish, primary forage needed for bass to grow. Then,” he added, “there is aquatic vegetation now where it has been absent for years.”

In 1992, the lake was choked down with an abundance of hydrilla, a type of vegetation that is good for cover and is not problematic until there is too much of it. The decision by the Louisiana Department of Wildlife and Fisheries was to release a grass-eating fish, grass carp, into the lake to try and control the vegetation.

“Too many carp were introduced to the lake and within a couple of years, Caney became like a big bathtub with virtually no cover for the fish,” Wood said. “Success with catching big bass declined to the point that Caney was no longer on top of the heap.

“We planted ‘tape grass,’ a type of grass that can be controlled and does a good job of providing cover. Also, we have noticed that hydrilla is returning to the lake and that certainly provides what is needed to help produce bigger fish. However,” he added, “there is the potential down the road for the hydrilla to get out of hand once again.”

So there you have it. There is likely to be another state record bass enjoying the abundant food and cover Caney Lake provides. As Wood said, “somebody has just got to catch it.”