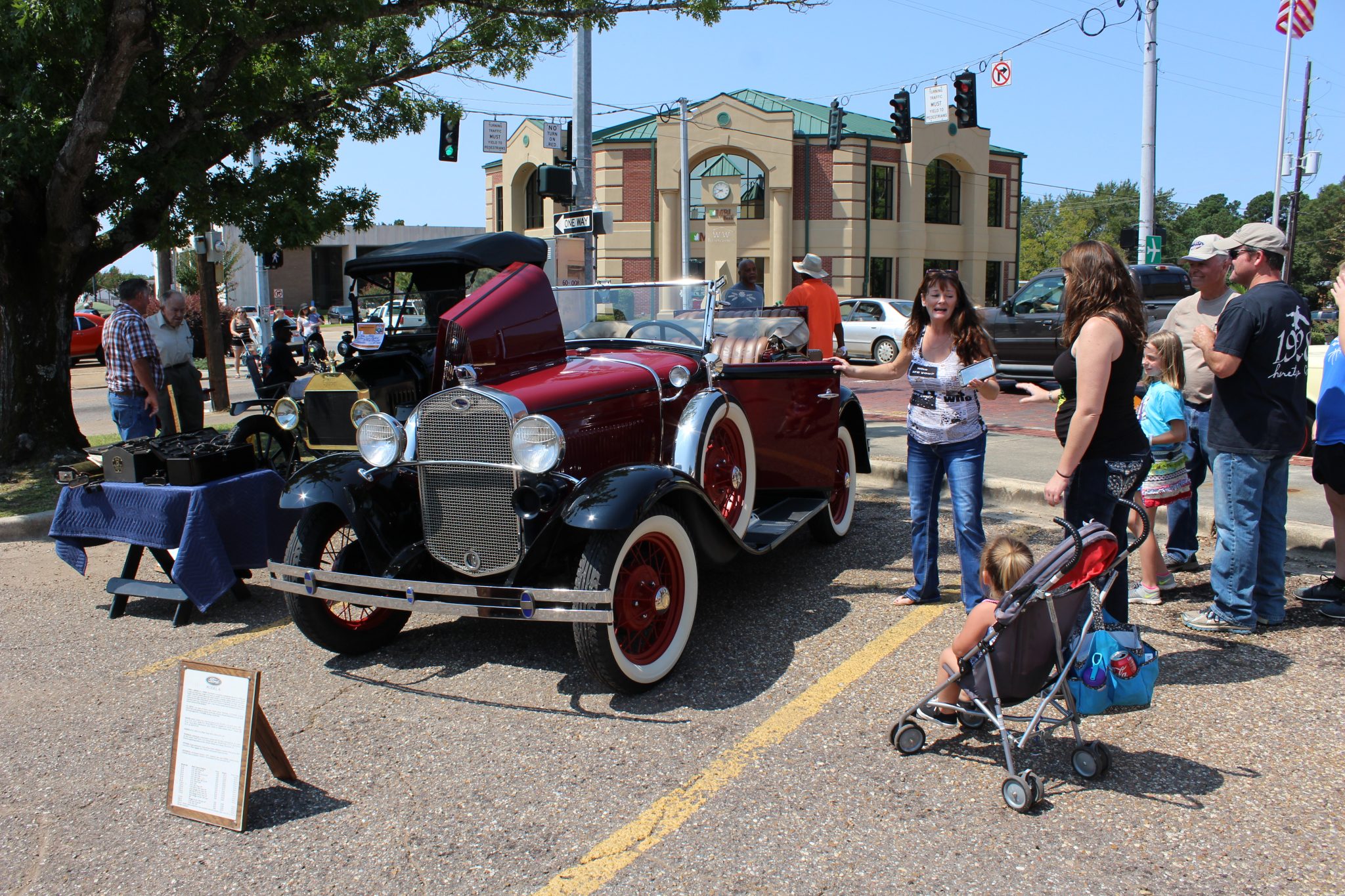 With more than 150 entrants, the car show boasted a variety of cars, motorcycles, trucks, classic and antique cars for every car lover. Entrants from as far away as Wisconsin were in attendance.

Vintage Car Club of Minden member Larry Gipson said it was a beautiful day for the show.

“The weather was great, we had a great turnout with the crowd and number of entrants,” he said.

During the show, Gipson presented Georgia Walker, the wife of former car club president, the late Almory “Slim” Walker, with a plaque and picture. Balloons were also released in his honor as the song “We Are Family” was played.

Llyod Cundiff of Minden also took home an award for being the oldest at 93-years-old in attendance.

“This was a great turnout for Minden,” Main Street Board Chairman Terry Gardner said. “Seeing so many people come out, this is a sign of a great community.”

A complete list of winners will be published in an upcoming edition of the Press-Herald.