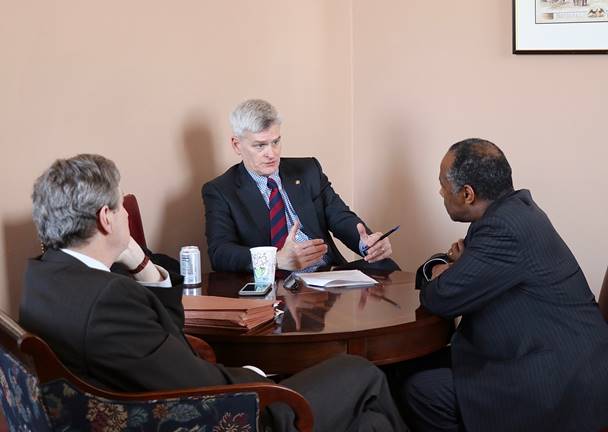 “Louisiana families are still waiting to put their lives back together, and they’ve waited far too long,” said Dr. Cassidy. “I made this clear to Secretary Carson, and emphasized how deeply this mess has hurt Louisiana homeowners. He committed to release the legal guidance necessary to implement the duplication of benefits fix we passed in Congress, and I reiterated that I will not lift my hold on his nominees until his department does its job.”

“We were able to express our frustration today to Secretary Carson about HUD’s delay in issuing the guidelines needed to implement Congress’ duplication of benefits’ solution. It’s been three years since the flooding, and many people can’t rebuild. This is an important issue for countless Louisiana families,” said Senator Kennedy.