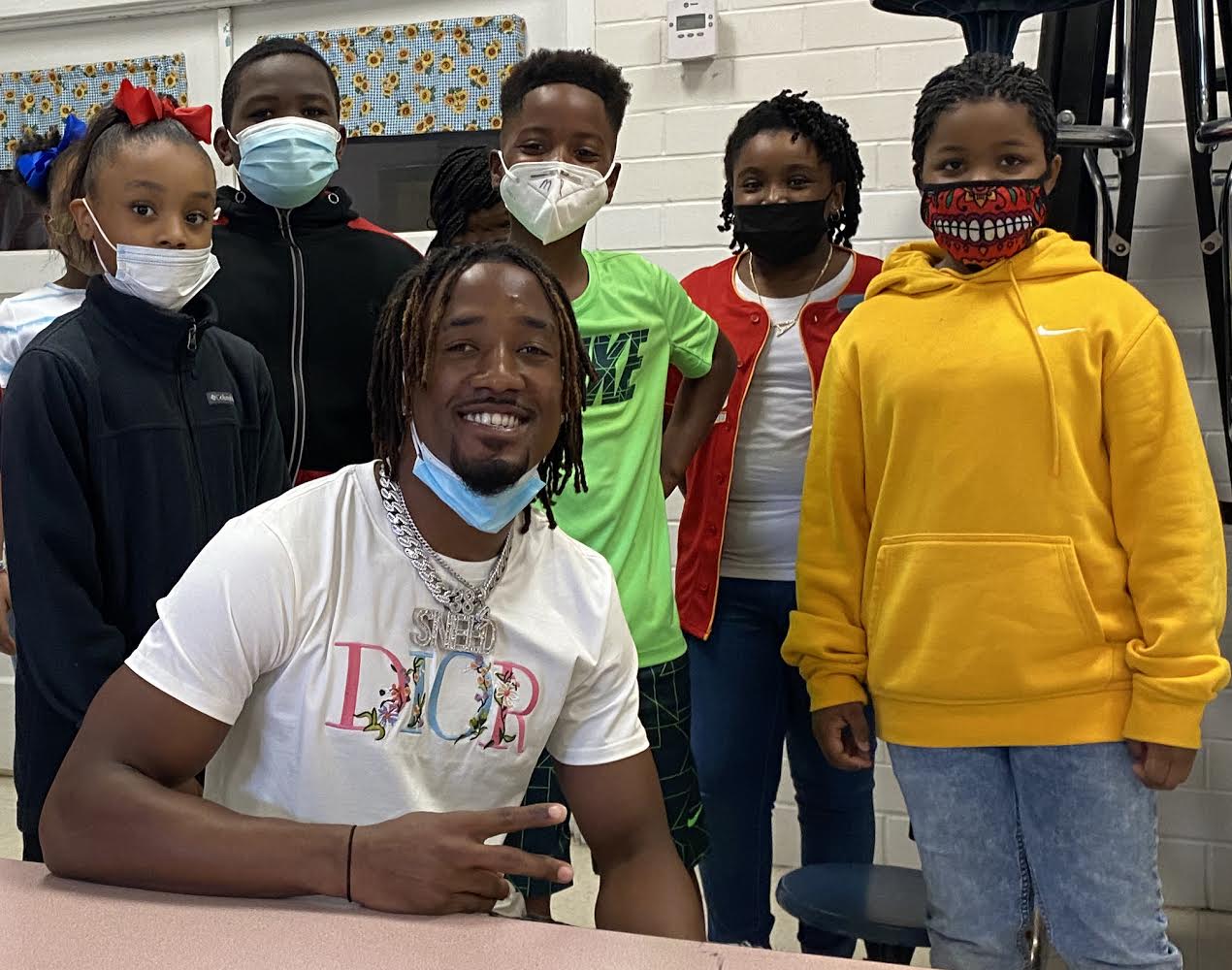 JJ Sneed, Minden High grad and current Kansas City Chiefs star, was in town Friday giving back to the community that gave him so much.

Sneed sponsored an event at Richardson Elementary where students could play games, win prizes, enjoy sno-cones and fist bump the NFL defensive back.

“This is just something I wanted to do to give back,” Sneed said. “I didn’t have something like this growing up and I have been blessed. I wanted to pass that blessing on.”

Michelle Finley, Richardson’s principal, said the Minden native reached out recently and told her what he wanted to do. “It just speaks to the kind of young man JJ is,” she said. “He just wanted to do something nice for these kids and he is able to do so. You see how happy they are?” She pointed to the smiling faces of the kids playing games and looking up to the former Minden Crimson Tider. “They love this.”

In February, JJ started in the Super Bowl against the Tampa Bay Buccaneers and Tom Brady and Devin White, another Webster Parish native. Though the Chiefs came up short, JJ said the experience was phenomenal.

“It’s so hard to make it to the Super Bowl,” he said. “We came up short but we’re going to get right back out there next season and fight to get back.”

Sneed was selected by the Chiefs in the fourth round with the 138th overall pick in the 2020 NFL Draft.

After playing wide receiver for Minden High School, Sneed committed to Louisiana Tech in 2016. He converted to cornerback at Tech and saw playing time in his true freshman season, highlighted by an interception return touchdown against Western Kentucky in the Conference USA Championship Game. He started about half the games at corner during his sophomore season before moving into a permanent starting role his junior season. He moved to free safety before his senior season and was named second-team all-CUSA after the season.

With three interceptions in 2020, he tied 13 other Chiefs players who recorded three interceptions during their rookie season, tying for the 10th-most INTs by a rookie in franchise history. Sneed’s three interceptions were tied for the most among NFL rookies last season. In his NFL debut against Houston, JJ recorded his first-career interception picking off Texans quarterback Deshaun Watson and returning the ball 39 yards to Houston’s 17-yard line.

He was named to the Pro Football Writers Association (PFWA) All-Rookie Team as a cornerback following his rookie season.