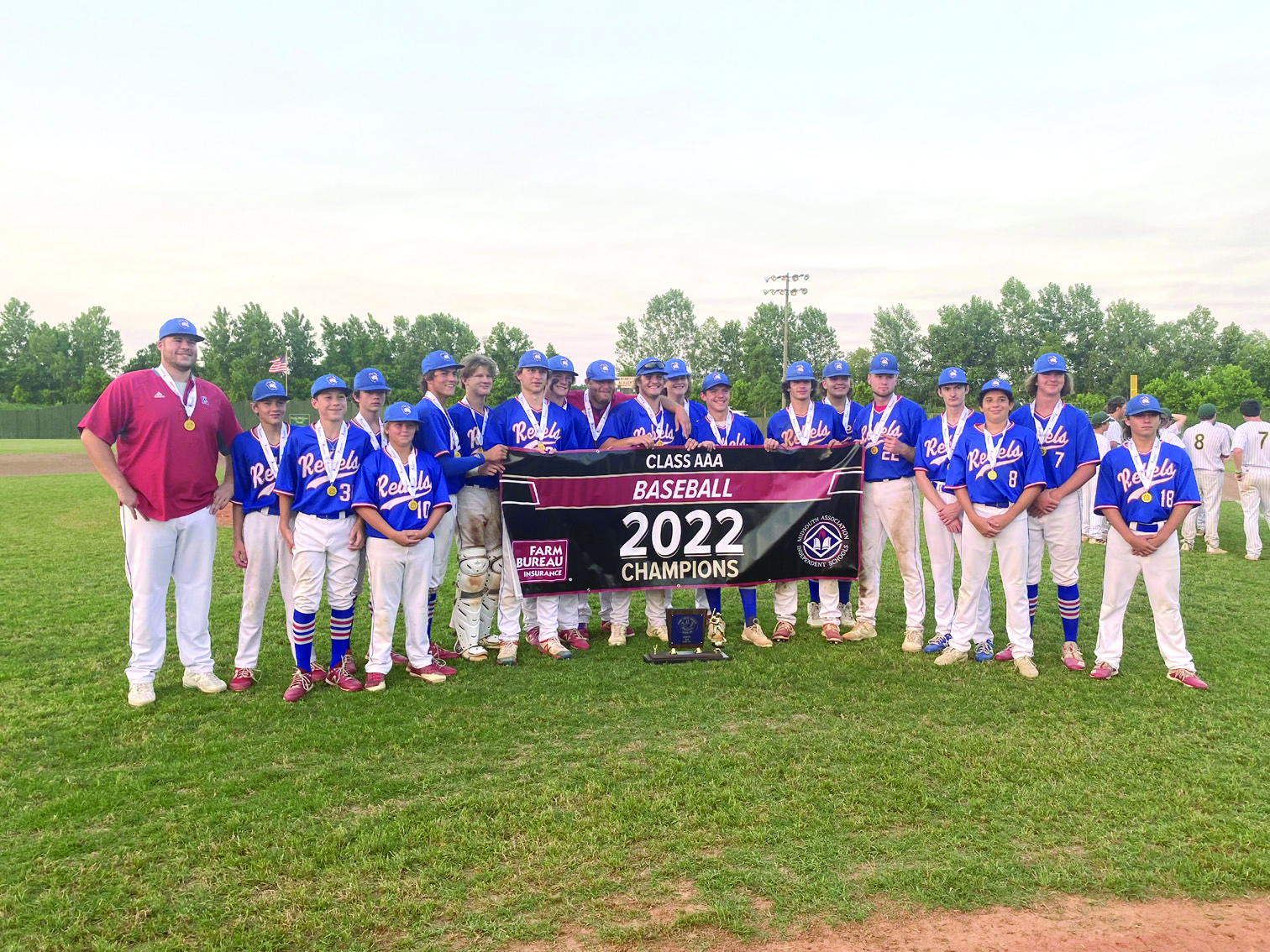 The Claiborne Academy Rebel Baseball team, which includes players living in Webster Parish,  captured the 2022 Class AAA Midsouth Association of Independent Schools State Championsship after a 9-3 win over Manchester Academy in the final game of a record 25-1 season.

Led by seven seniors, the Rebels hold an unparalleled five-year record of state runner up in 2018; state champs in 2019; COVID-19 cancellation in 2020; playoff berth in 2021 and state champs this season.

The 18-man 2022 roster was led by Head Coach Rayne Lewis, who was assisted by Trey Thomas.

The team took on Franklin Academy in round one of the playoffs, sweeping a  best-of-three series 10-1 and 14-3 before winning a best-of-three series over Tallulah Academy 7-4 and 11-9 and then taking wins of 8-2 and 9-3 over Manchester Academy to bring home the championship.