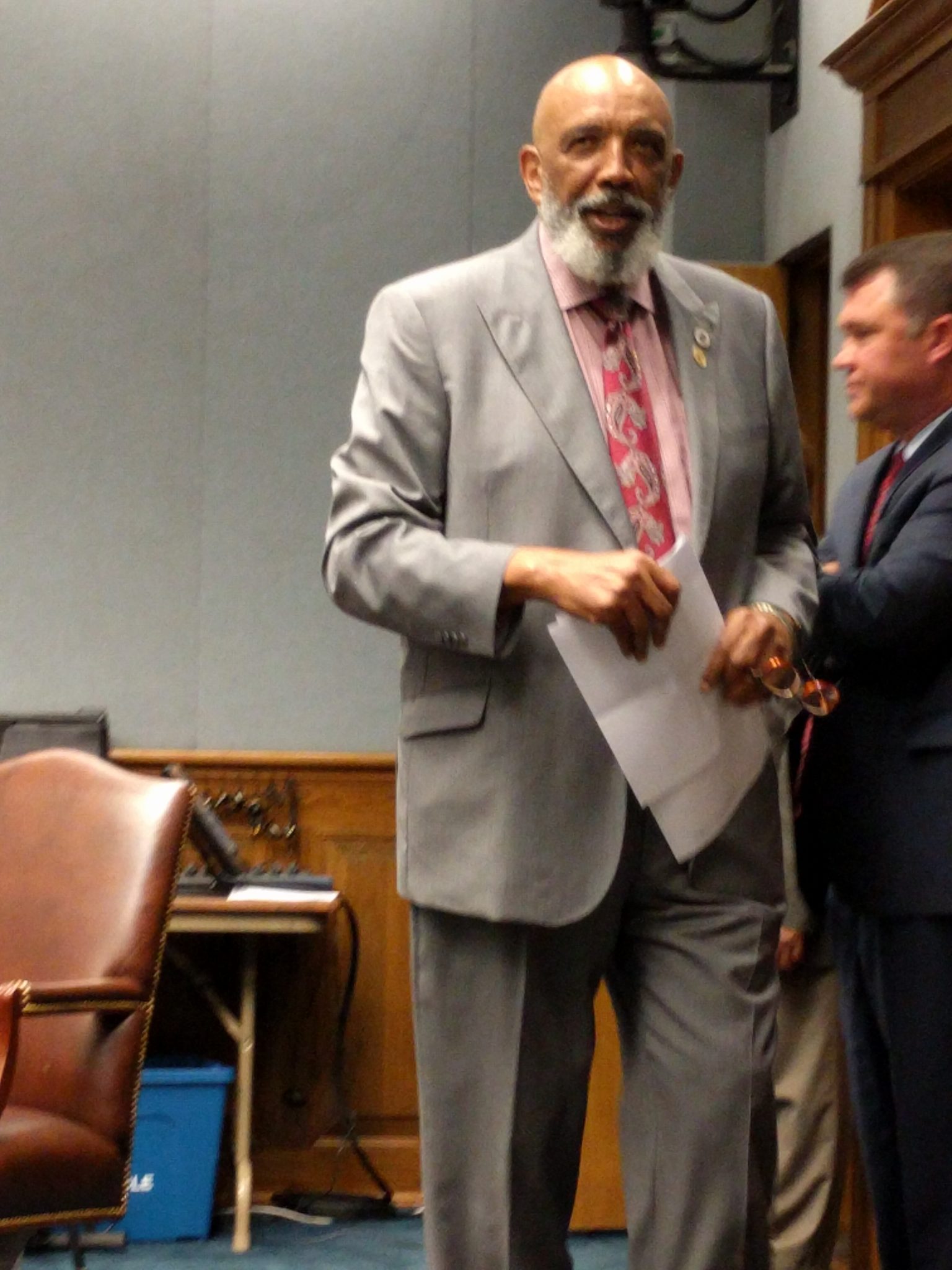 BATON ROUGE – After a Senate panel voted Tuesday to ban the death penalty in Louisiana, a House committee rejected a similar bill 10-8 Wednesday at a tense hearing in which both sides quoted the Bible to make their points.

All the Republicans on the committee voted against the bill. An independent, Rep. Joe Marino of Gretna, voted with the seven Democrats who favored eliminating the death penalty.

The vote by the House Committee on the Administration of Criminal Justice vote is likely to spell the end this year to efforts to abolish the death penalty, which also failed last year in a similar vote by that committee.

Rep. Valarie Hodges, R-Denham Springs, who is a minister, said there are “30 places in the Bible that prescribe the death penalty.” She said that “part of the government’s job is to punish those who do evil, and the death penalty is to curb heinous crimes.”

“If the state doesn’t use the justice system that we have been ordained by God to do,” she explained, “the people are gonna take the matter into their own hands, and that’s one of my biggest concerns.”

Rep. Terry Landry, D-New Iberia, who sponsored the bill, said, however, the death penalty is “barbaric,” “inhumane” and “expensive.”

Rep. Barbara Norton, D-Shreveport, said she believed that “it’s the business of God to take lives, not ours.”

Louisiana is one of 32 states with a death penalty. State public defender James Dixon said the Louisiana Public Defender Board has spent over $100 million in the last 10 years on costs related to capital punishment, excluding prosecution costs, lab experts, housing fees and law enforcement costs.

The state had only two executions in the last 18 years, and since 2000, 90 percent of the death penalty cases in Louisiana have been reversed. Only one conviction since 2008 has resulted in execution, and the defendant in that case had waived his appeals. There are now 70 people on death row.

Walter Sanchez, a member of the Louisiana Association of Criminal Defense Lawyers, said that in the last 15 years, only 16 of Louisiana’s 64 parishes have sent someone to death row.

Legislators and witnesses at the hearing provided passionate arguments that covered most of the main points on each side of the issue.

Dixon said that without the financial burden of capital punishment, money could be diverted to other areas in cooperation with the districts.

Louisiana also has the highest reversal rates in the country with 83 percent, which Rep. Denise Marcelle, D-Baton Rouge, said is “shameful.”

But Rep. Tony Bacala, R-Prairieville, later countered that “83 percent reversals does not equate to 83 percent acquittals.”

Loren Lampert, administrative first assistant district attorney at the Calcasieu DA’s office, said that preserving the death penalty “is not about the politics. “This is about standing for the victims of the most heinous crimes that can be committed,” he said.

Sabine Parish District Attorney Don Burkett said the hardest decision he has ever made is to execute someone or oversee the execution.

“I don’t prosecute African Americans or white or anybody else,” he said. “I prosecute criminals. Period. I don’t care what color their skin is, I don’t care whether there are male or female.”

He added that taking the tool of capital punishment away from prosecutors would be “a serious mistake.”

Landry said most people in death row have mental problems. He added that the legislators should “treat mental health as it is, a public health issue and not a criminal issue. Because if we don’t treat it, we’re gonna continue to have the same problems.”

Landry claimed that “some of us are not voting the way our heart is telling us to vote. Some of us are voting because of political pressures.”

Rep. Joseph Marino, the political independent on the committee and a lawyer, said he can’t “get past the fact that we might execute an innocent person.”