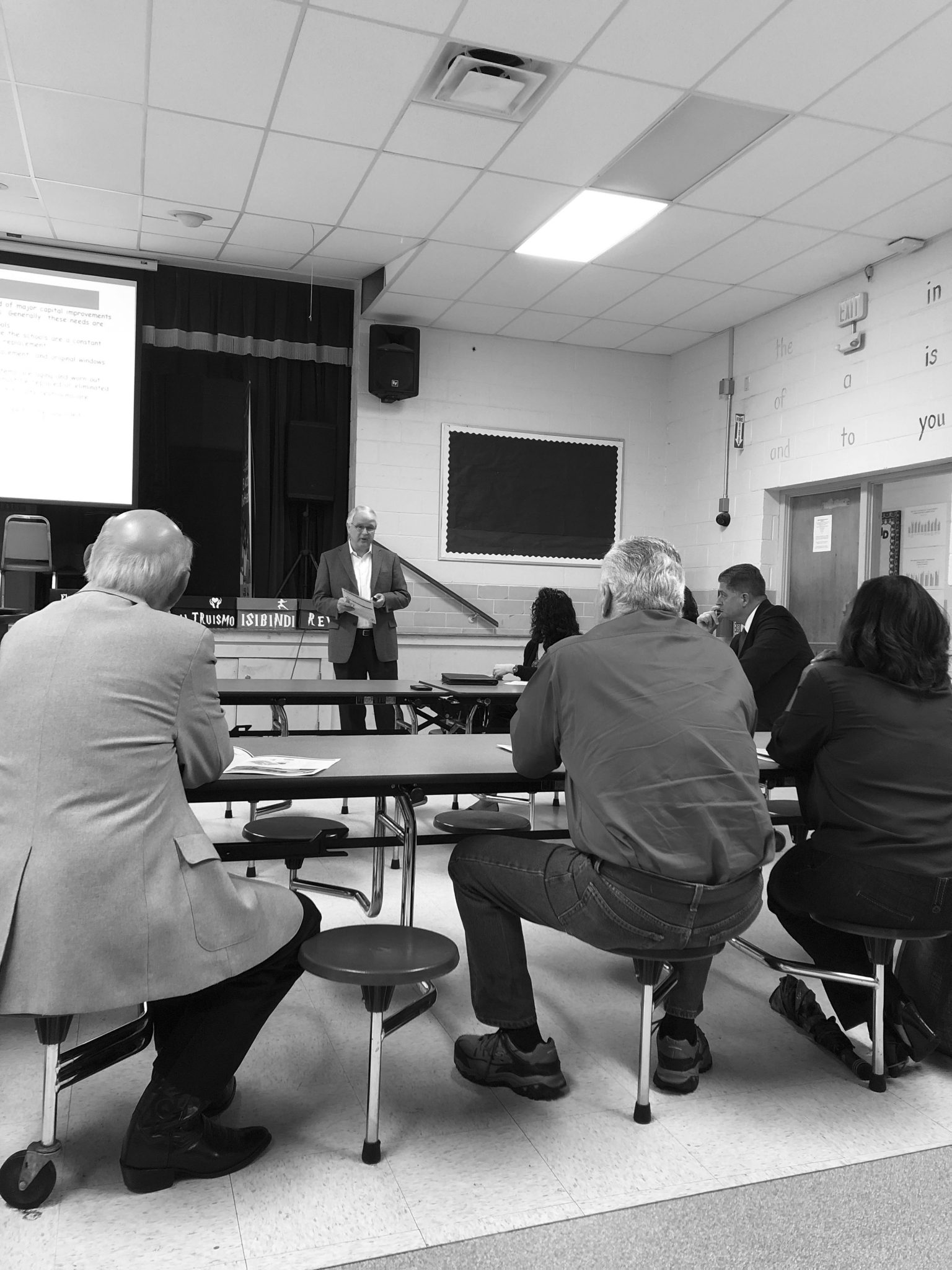 The Improvements Program for Minden School District No. 6 held the first of three community meetings, leading up to the May 4 election, on Thursday evening at J.L. Jones Elementary School. The purpose of the meeting was to discuss the upcoming election and what exactly the community would be voting for.

The May 4 election consists of one proposition focusing on new construction and necessary renovations to facilites in the district. The proposition is to fund $16 million in a 20-year General Obligation Bonds for the purpose of making the outlined school improvements. The estimated funding for this proposal is an initial increase of 11 mills within the Webster Parish School District 6.

Perry Watson, architect with Yeager, Watson, & Associates, presented a presentation and brochures were available with information, descriptions, and pictures. He explained that the district has a long-term track record of growth in assessed property value. “This is important for the community because if the parish property values continue to increase in future years, then the milage will decrease in like proportion,” he said.

The District No. 6 Improvements Program has a strategy in place to address needs at each of the three campuses, E.S. Richardson, J.L. Jones Elementary, and Minden High School. The program includes long-term improvements that will enhance the learning environment for the students. These three schools are in need of major upgrades and maintenance that the district’s current funding cannot address.

The needs at each of the three schools were discussed more in depth with the key project being a new field house for Minden High School’s football team. Minden High has been without a permanent facility since 2016 when the old field house was condemned, along with the football stadium due to flood and storm damage.

The football program is currently located in the Industrial Arts department, which has displaced a few of the other programs. Minden High is also needing an appropriate classroom and drill space for the Junior Reserve Officers’ Training Corps Program, along with additional classroom for now and in the future.

E.S. Richardson and J.L. Jones Elementary share a lot of the same needs, but the biggest concern is the heating and air-conditioning systems. “They are very old and worn out, with the boiler at J.L. Jones posing a safety concern,” the report read. It was decided they either need to be replaced or eliminated. Both schools are in need of upgrades to their alarm and security systems, roof systems and windows are due for replacement. The original water and sewer lines that serve both schools are a constant source of trouble and are in need of a replacement, as well. The students bathrooms have recently been refurbished, but the faculty restrooms are inadequate in numbers and condition.

The next meeting will be held Tuesday, April 23 at E.S. Richardson Elementary School, with the last of the three meetings following that on Thursday, April 25 at Minden High School. Both meetings will begin at 6 p.m. and the public is strongly encouraged to attend.