Home Uncategorized Donations being accepted for ‘Feed a Family’ 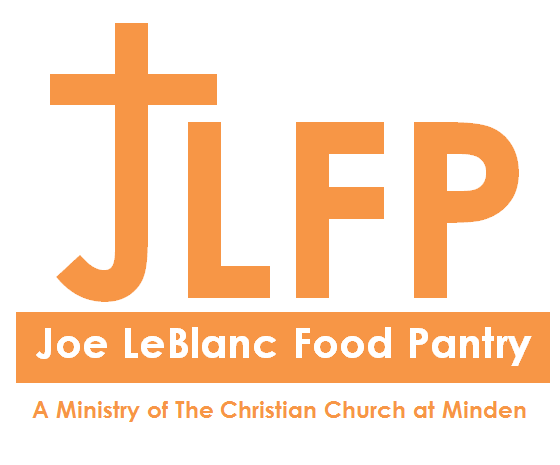 Feeding your family a Thanksgiving feast is stressful enough without having to worry about funding the meal. But for many area families, that added stress is a reality.

The ‘Feed a Family’ program, operated by Joe LeBlanc Food Pantry, is in its fourth year of reducing that stress.

“It was started because I went out on a delivery in November five years ago to a lady’s house that lives in Minden,” Jessica Lewis, director of the food pantry said. “I realized she had nobody. No family was checking on her, no church, no neighbors, nothing. I sat and talked to her for a little bit and realize she would be alone for Thanksgiving.”

Lewis brought her concerns to the Christian Church at Minden, where she attends and the founding organization of the Joe LeBlanc Food Pantry.
“They provided food for her that year and the following year we started ‘Feed a Family’ to make sure that there wasn’t anybody else like her left in that situation,” Lewis said.

The goal for the first year was 300 families sponsored. Like last year, this year’s goal is to feed 750 families.

“Every year the goal has been met or exceeded,” Lewis said.

Last year more than a thousand families were sponsored.

“The surplus was a blessing,” she said. “Placed the extra funds in our emergency account, which was exhausted in March during the flooding.”
Having a positive affect on the lives of others is what brings donors back year after year.

After last year’s distribution a grandmother contacted Lewis to share her story.

“For the first time in years she was able to invite her family back to her house for Thanksgiving because she had food to feed all of them,” Lewis said.

Less than 100 families have been sponsored as of Monday.

“I know that doesn’t look good but God is always faithful and he always provides,” Lewis said. “I expect donations to pick up towards the end of this week as they usually do just after Nov 1.”

Donations will be collected through Saturday, Nov. 12. It cost $20 to sponsor a family.

“That provides everything from the bird to the desert,” Lewis said.

Distribution will be held Nov. 19 at the former food pantry location, 408 Broadway.

People can donate either by mailing in a donation marked “Feed a Family” to P.O. Box 1426 Minden, La. 71058 or through PayPal at joeleblancfoodbank@ yahoo.com.

The community is also invited to assist in November’s food distribution on Saturday, Nov. 19 from 8:30 a.m. to noon.