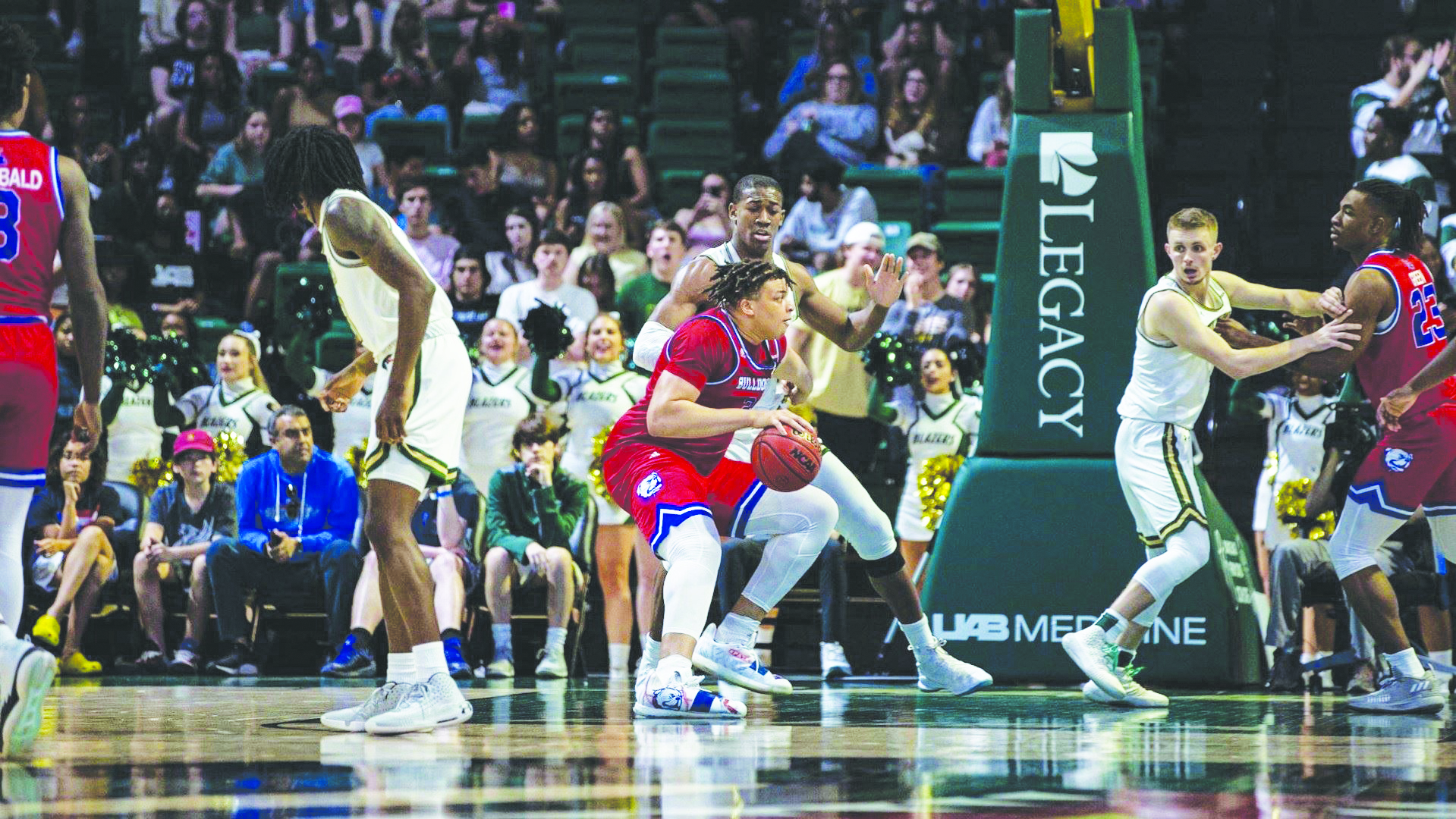 BIRMINGHAM, Ala. —  After a back-and-forth first half between Louisiana Tech and UAB, the Blazers held the lead for the entire second half to hand the Bulldogs an 87-74 loss on Saturday afternoon in the regular season finale at Bartow Arena.

The first 20 minutes featured six ties and a flurry of  lead changes as LA Tech (21-9, 12-6 C-USA) was down 39-36 going into halftime. The Bulldogs got two free throws from Amorie Archibald on their opening possession of the second half, but that was as close as they would get as the Blazers ended up building as much as a 15-point lead.

The ‘Dogs did much of their offensive damage inside with 40 points in the paint.  Kenneth Lofton, Jr. was a big part of that, recording his 16th double-double with 20 points and 10 rebounds.

However, UAB (24-7, 14-4 C-USA) matched that scoring inside while also getting five three-pointers apiece from guards Michael Ertel and Jordan Walker.

LA Tech looked out of it, down 75-61 with 3:52 to go, but its full court pressure forced back-to-back turnovers and in the span of 20 seconds they scored seven straight points to get to within seven.

The Bulldogs nearly got a defensive stop on the following possession, but Archibald was whistled for fouling Ertel on a three-point attempt that resulted in three made three throws to put the visiting team back down double-digits.

Cobe Williams and David Green were the recipients of back-to-back assists by Lofton, but the Blazers closed out the game on a 9-2 run.

LA Tech shot 47.5 percent from the field, but could only manage six 3-pointers.  Half of those came from Keaston Willis who had 11.  Archibald and Williams added 14 and 12 points, respectively.

“Any mistake we made today, UAB made us pay,” said Tech coach Eric Konkol. “We are talking small mistakes like a missed rotation, bad feet, fouls. They scored in every single way possible. I was very pleased with the way we took care of the basketball. I did not think we lacked in effort today.”

With the conclusion of the regular season, Louisiana Tech is the West No. 3 seed in the 2022 Heritage Landscape Supply Group C-USA Basketball Championships in Frisco, Texas.

LA Tech, which finished conference play with a 12-6 record, will await the winner of the FIU/Marshall game, a matchup that will take place at 6 p.m. Wednesday.