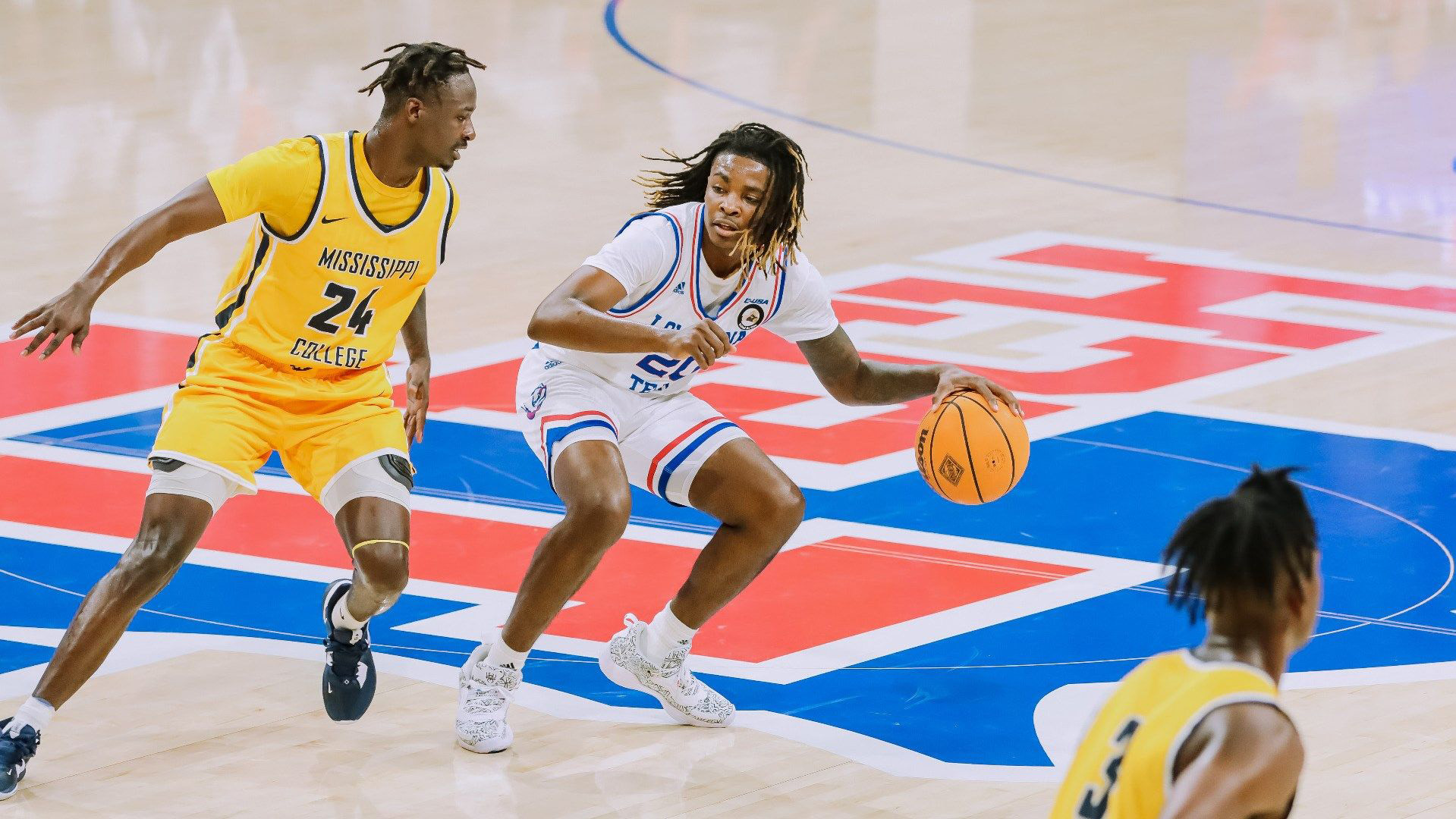 RUSTON – The Talvin Hester era began with a victory for the Bulldogs as Louisiana Tech handed its first-year head coach a 78-61 win over Mississippi College on Monday night inside the Thomas Assembly Center on Karl Malone Court.

The Bulldogs missed four of its first five shot attempts, but then went on a stretch where they made nine of the next 10 baskets.  One of those was a 3-pointer from the wing by freshman Jordan Crawford to give the home team its first lead of the 2022-23 season at 13-12.

The points started to come in waves, thanks to the lockdown defense of allowing just two made field goals in the final 10 minutes of the first stanza.  The scoring primarily came from the trio of J. Crawford, Keaston Willis, and Cobe Williams as they combined to score 26 of the team’s last 33 points before halftime, resulting in a 43-26 advantage at the break.

Isaiah Crawford, seeing his first action almost a year after suffering a season-ending injury, got in on the scoring early in the second half.  The forward scored seven of his 12 points to help the ‘Dogs build as much as a 63-39 lead with 10:53 to go in the game.

The Choctaws shot 23-of-54 for 42.6 percent, getting the bulk of their scoring from Tradavis Thompson who finished with a game-high 28 points.