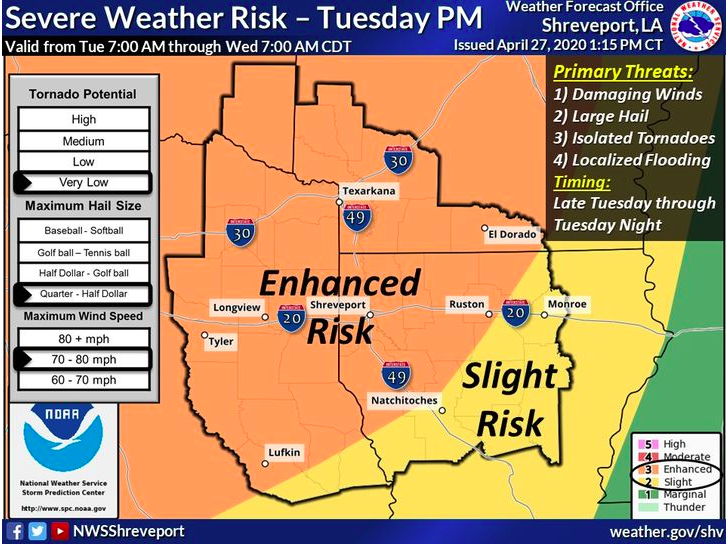 The National Weather Service in Shreveport has stated that Webster parish is at an enhanced risk of severe weather on Tuesday, April 28. Potential threats include damaging winds, hail, and a low chance of tornadoes.

“We do have another threat of severe weather tomorrow,” said Dayvon Hill, Meteorologist. “It looks like a major threat at the moment is going to be damaging winds, but we can’t rule out a tornado.”

Hill also stated that while hail is a possibility, it likely won’t be like what the area saw a few days ago.

“Hail will be possible as well, but I don’t think we’ll see the type of hail we saw a couple of days ago, but severe hail is definitely a possibility,” said Hill.

He also stated that it looks like the time our area will be seeing the severe weather is between midnight and 5 a.m.

Though after the storm, Webster parish should experience dry and cool weather in the following days.

“The weather should be dry through the rest of the week with slightly cooler weather behind it. Around a 5 to 10-degree drop in temperature in the following days,” said Hill.