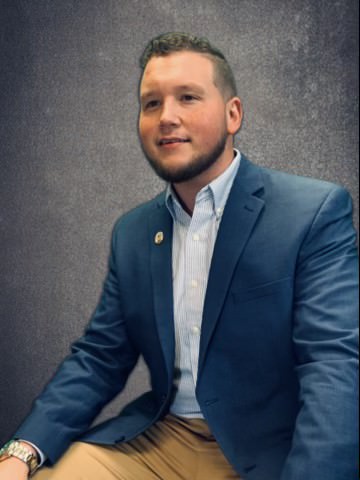 I wasn’t actively looking for a job. I was approached by the City of Ruston with this position. Though I can’t deny the convenient timing after being brought unwillingly into the recent budget controversies due to a negotiated bonus which was agreed upon when I was brought on initially to work for the city of Minden.

I will admit, it put too much strain on me and my family. I knew it was a problem when my daughter came home from school, and she said they were going to have to shut down the city because of you. Like, why was I a discussion at my daughter’s school? And over what?

My main goal has always been to make sure that Minden is better off than when I first got here, and I believe that I have achieved that economically, but there are other ways in which I believe I can continue to foster growth in the City of Minden and Webster Parish.

If me taking an opportunity elsewhere helped to make that decision of the budget passing easier, so that 200 city employees can know that they will have a sustainable income for the next year, so be it. But I want to reiterate that it is not the sole reason I have made this decision. It wasn’t just one thing, it was a collective amount of things.

That being said, me taking this opportunity of course has opened up opportunities for me career-wise, but it has also opened possibilities for me here in Webster Parish politically. That is ultimately what made me agree to take the other job after they contacted me about the position. I thought maybe this was a sign, to be more politically involved in my area, and more outspoken in my area than I currently am.

I feel like I’m just getting started with community development. I want everyone to know that people in Minden care, and I want to help get things done in a way I couldn’t do because I was limited to how much engagement I could have working for the city. I see where adjustments can be made and where growth can be realized. I want to work to help develop the structures necessary to better our everyday lives.

I care about the City of Minden to the extent that I want it to be my home, and I want this community to be my family. To me, being a public official is kind of like being a parent, and basically, your constituents, the community, are your children. You can’t show favoritism, you have to listen to everybody’s story, and at the end of the day, you have to make the best decision for your family. I don’t feel like that’s being talked about right now.

I feel now I have more freedom to get involved, and instead of focusing my efforts on economic development, helping to evolve the community development part of the City of Minden, and really Webster Parish as a whole.

The same way I connected entrepreneurs and business owners with the resources they needed to start a business, I want to connect with other people who care about the future of our home and connect them with the resources to make active change for our community. That everyone has the same opportunity and is treated fairly. I want to make sure we put the right people in the right seats so we can move forward and progress. Because right now we’re basically remaining stagnant, and that’s what’s crippling Webster Parish. The measure of intelligence is the ability to change with the times. The secret of change is not to focus your energy on fighting the old, but on building the new.