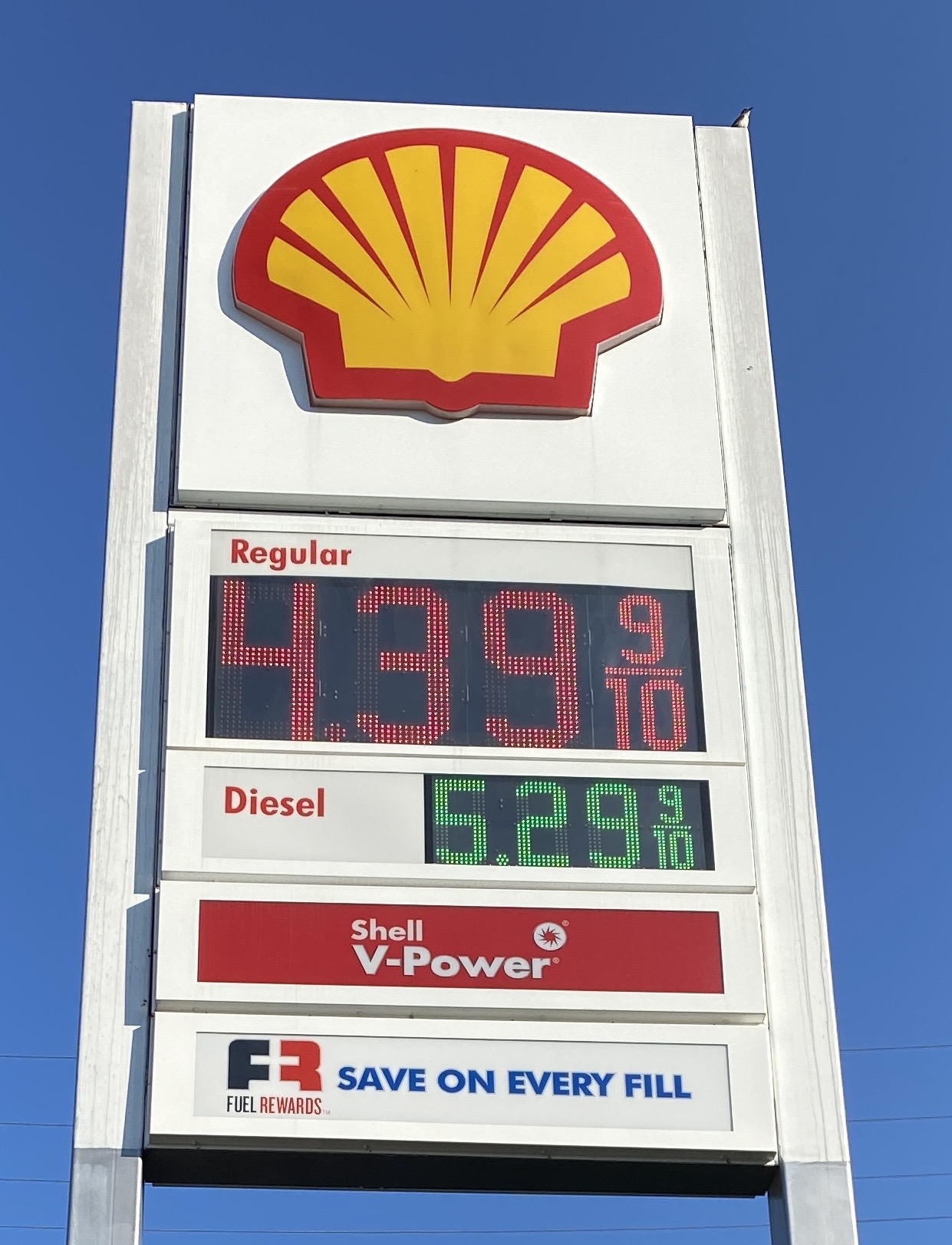 Prices at the gas pumps may still be high, but they’re lower than they were in June. The average price for a gallon of regular gasoline in the United States this year hit a peak of $4.33 in June, 2022. As of July 11, 2022, that price has gone down to $3.3831 per gallon per Trading Economics.

According to GasBuddy.com, a gallon of regular fuel is currently ranging between $4.06 and $4.36 in Minden, which is higher than the U.S. average price.

Gas prices began to soar in January 2022, surpassing the excessively high prices of fuel during the beginning of the Iraq War. Between September 2012 and June 2014, the highs for gas prices ranged between $3.5048 and $3.1355 per gallon. Americans just thought they were paying a lot for gas then.

The cost of crude oil is going down and so is the demand as more people stay off the roads to save some cash. With U.S. refineries working at about 94% of capacity, the lower demand is helping them to keep up.

Some of the factors for these high prices include Russia’s invasion of Ukraine, the production decisions of OPEC, and the rate at which U.S. oil and natural gas producers increase drilling, per the U.S. Energy Information Administration. According to that same source, “We expect the gasoline wholesale margins (the difference between the wholesale gasoline price and Brent crude oil price) to fall from $1.17/gal in May to average 81 cents/gal in 3Q22, and we expect retail gasoline prices to average $4.27/gal in 3Q22. Diesel wholesale margins in the forecast fall from $1.53/gal in May to $1.07/gal in 3Q22, and retail diesel averages $4.78/gal in 3Q22.”

In June, President Biden called for a three month long federal tax “holiday” on fuel, which would lower the price per gallon by 18 cents/gal on regular fuel and 24 cents/gal on diesel fuel. He has also called on state and local governments to reduce taxes on gasoline during this time period. In Louisiana, that would be about another 20 cents/gal.

This is strictly a short-term measure and is for gasoline only. A barrel of crude oil makes more than just gas. Other resources that are made from oil include kerosene, asphalt, naptha for livestock, waxes, and plastics. The prices of oil affect more than gasoline prices, and the prices of diesel affect the cost of every item that is delivered by truck.