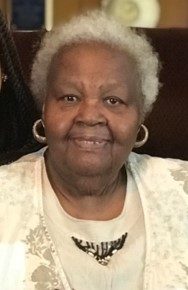 She united with the New Light Baptist Church at the age of nine. Member of the Junior Choir;  Home Made Mission Band and Musician for the Church Sunday School. Served as musician for several other churches before graduating from Webster High School in 1955.  After graduating from Webster High School, she enrolled in Arkansas Agriculture and Mechanical Normal College in Pine Bluff, Arkansas to obtain a degree in Medicine.  A tragedy occurred in her family and she came home to help take care of her grandmother.

In 1957 she united in Holy Matrimony with John Isaac Smith and two daughters were born to this union. In 1962 was initiated into Williams Chapter #173 O.E.S. Lodge. Graduated from Grambling in 1964 with a B. S. Degree in Speech and Drama with a minor in Social Studies in Secondary Education; attended Northwestern State University, Centenary College. Studied overseas in Italy, Switzerland, Greece and received a Master’s Degree in Speech Pathology from Louisiana Technical Institute in 1967; worked as Speech/Language/Hearing Therapist, was appointed Administrative Assistant and retired from the Webster Parish Public School System after thirty-years of service.

In 1989, she researched, wrote the script and organized the “Parade of States Working Together in Peace, Love and Harmony” Program for her Church, New Light Baptist Church. The original program was presented in several local churches with the help of Minnie Hampton and was shared with some out of State Churches.  In 1971, she organized the first 1955 Webster High School Class Reunion due to the loss of their first classmate.  In 1975, the class of 1955 invited WHS classes 1950-1960 to join their second every five year’s reunion. In 1980, all WHS classes, 1924-1974 were added to ’55’s Celebration and was noted as the WHS Reunion of Classes. Held membership in NEA, LRTA, and NAACP. Served as a musician for a number of Baptist Churches and one Methodist Church for over 60 years.