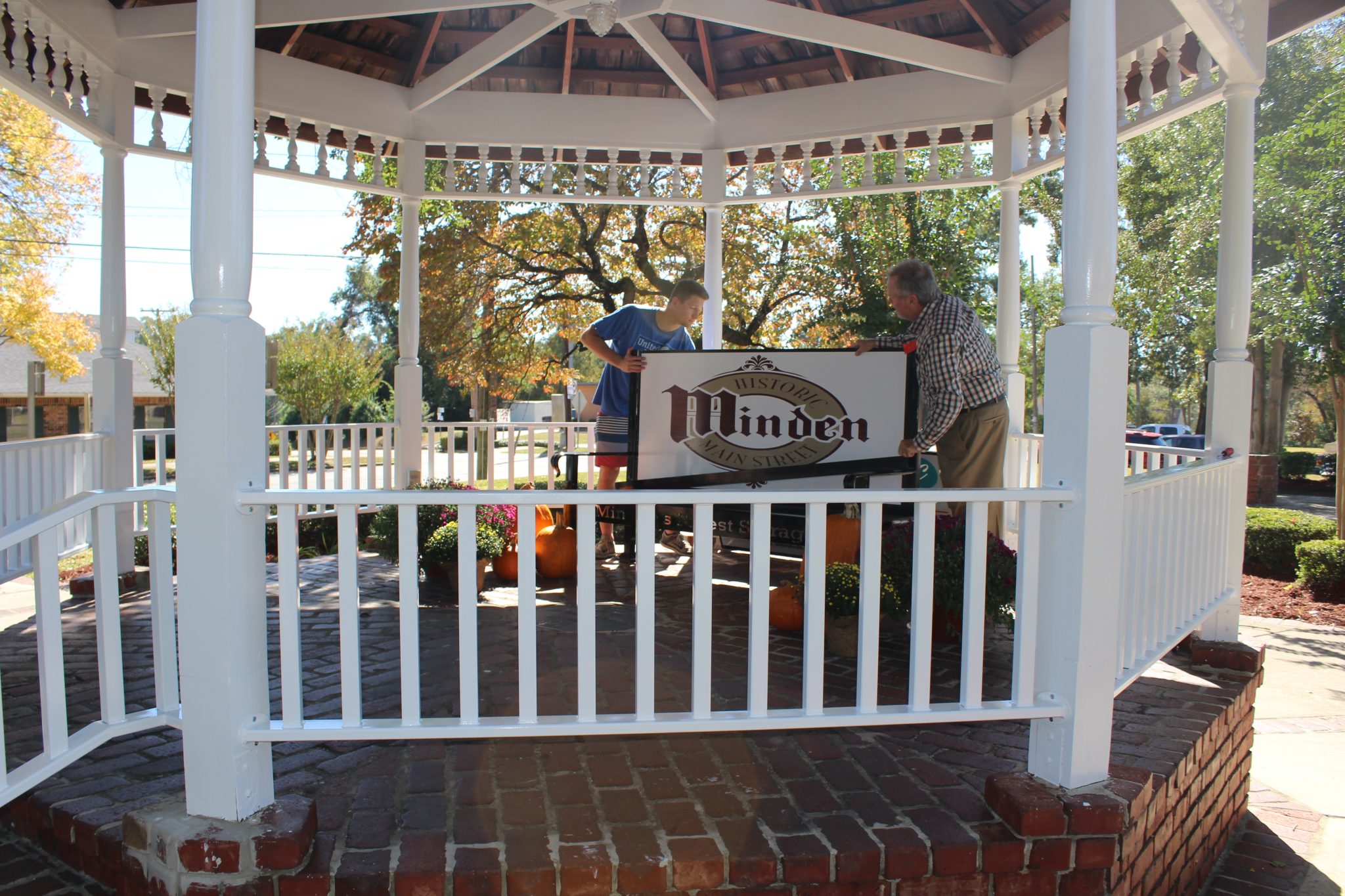 Minden Main Street Board Chair Terry Gardner, right, and Spencer Rexroad put final touches on the downtown gazebo at Jacqueline Park. The Main Street Board used funds raised at the second Grilling on Main to revitalize the attraction.

Gardner said the repairs were done just in time for homecoming and for classes to take pictures at the gazebo. Local contractors Bobby Weeks Construction and Perryman Welding are currently working on replacing the railing, which had rotted and started to become unsafe, Gardner said. The new railings will last for years to come he said. This is the second project for the board to revitalize the downtown area. Last year, the board used money raised at the inaugural Grilling on Main to erect the iron fence around the iconic Arizona Ash Tree in front of city hall. The Minden Main Street Board is made up of chairman Terry Gardner, Thomas Adams, Alisha Adams, Betsy Mathews, Cathy Copeland, Larry Gipson and Deborah Cooksey, along with Downtown Director Becky White.