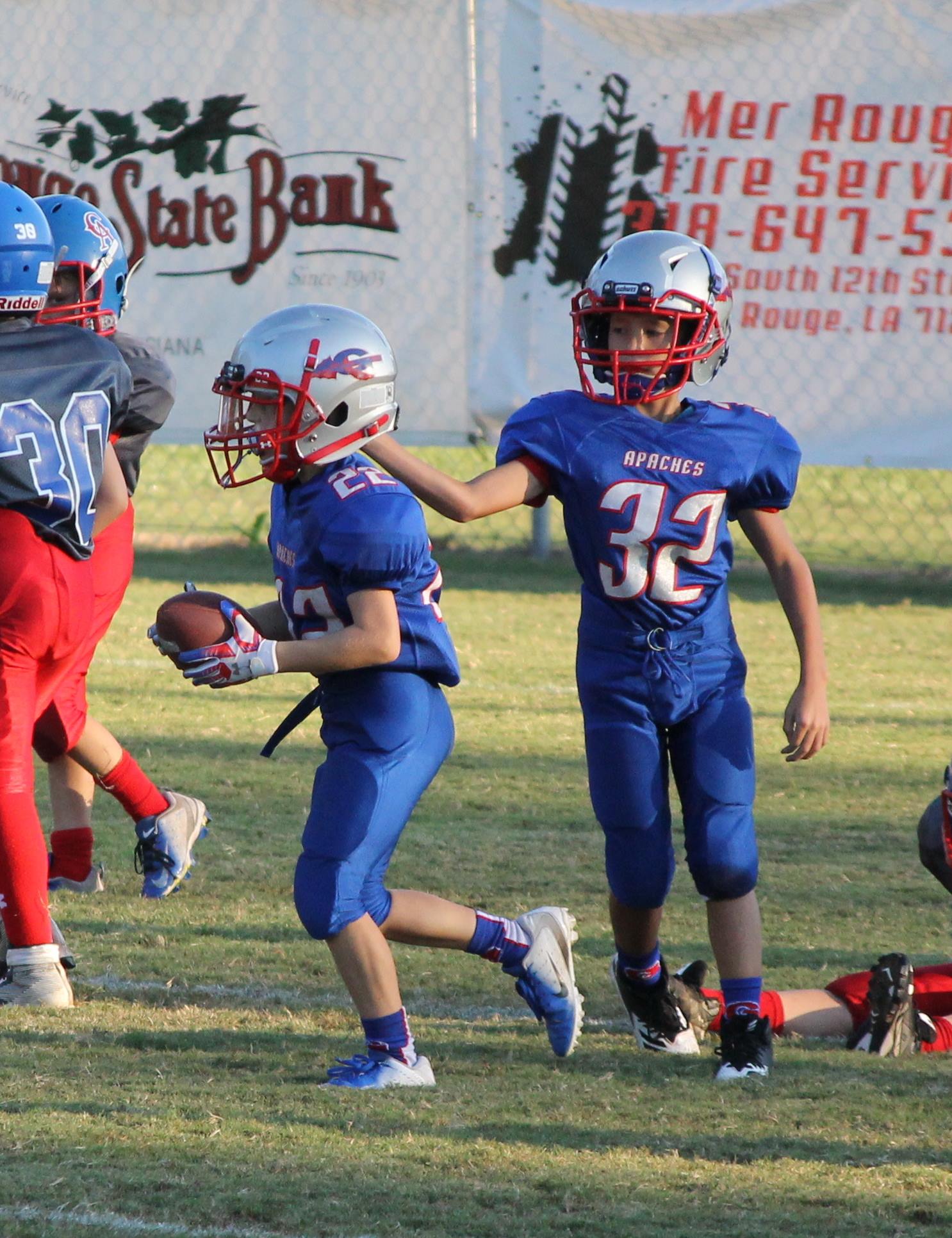 Glenbrook Elementary’s football team had quite the season this year.

Tackle1 drew a BYE in the bracket as the top seed going into the playoffs. Their season consisted of a 6-0 record with the offense scoring 136 points and the defense allowing a mere 12 points.

Hudson Glasscock led the offense with three rushing touchdowns followed by quarterback Ryan Reagan with one rushing touchdown. The Apache defense got some big stops from Nolan Still, Holden Williams, and multiple others while holding the Rebel offense to 43 yards total. Glenbrook’s offense had over 275 yards total. The final score was 27-0 and advanced the Apaches to the championship game later that night.

Glenbrook then took the field against Tallulah Academy in the championship game. Hudson Glasscock once again led the Apache offense with one rushing touchdown and one receiving. Glenbrook’s offense had over 200 yards in the air and on the ground. The defense allowed Tallulah only 70 yards.

Gage Williams’ fumble recovery for a turnover at midfield was one big play for the Apaches. With a final score of 13-0, the Apaches clinched the title of 2018 Tackle1 Swamp Bowl Champions.