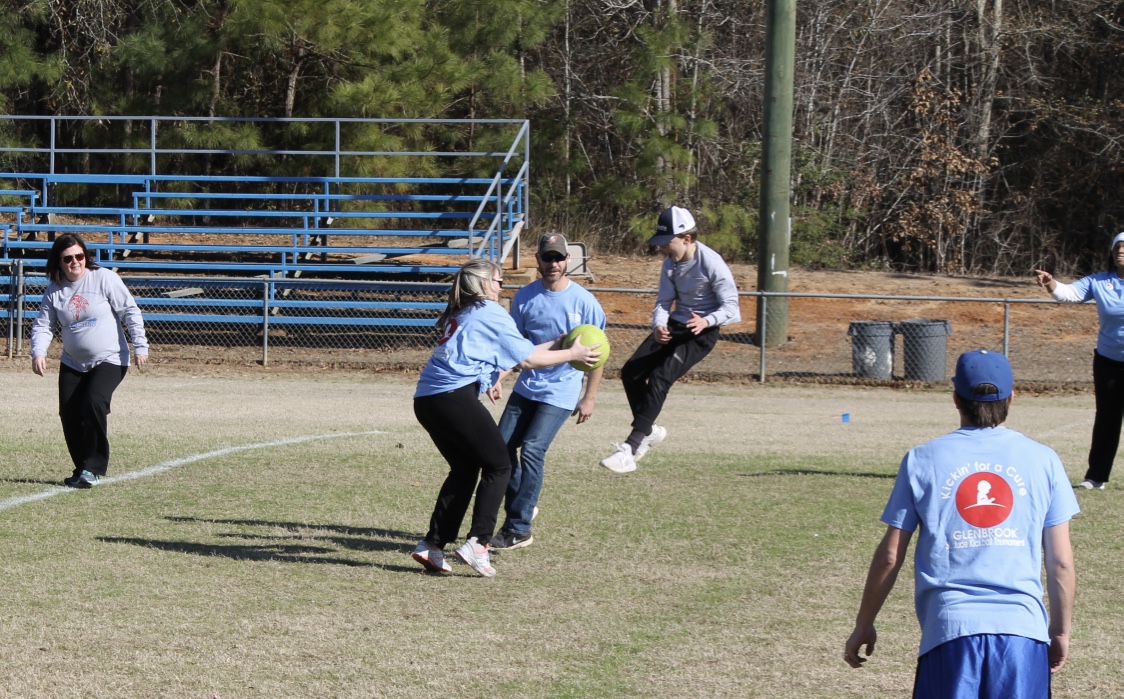 On Monday, Jan. 15, Glenbrook School Student Council held a Kickball Tournament to raise money for St Jude.  The turnout was phenomenal with 17 teams consisting of about 170 players total that signed up.  Teams were made up of all ages ranging from Kindergarten students to adults, including teachers.  The Webster Leadership Team also held a team consisting of Chamber President Stephanie Barnette, Living Word Pastor Trey Waller, and Minden Medical Center CEO Greg Pearson.  Concessions were provided by the Glenbrook Booster Club and contributed in the fundraising.  Fun was had by all and $2000 was raised for St Jude Children’s Research Hospital.  Brainstorming has already begun on how to grow the event for next year.  Student Council students are looking to open up for more business “teams” to join in the future.