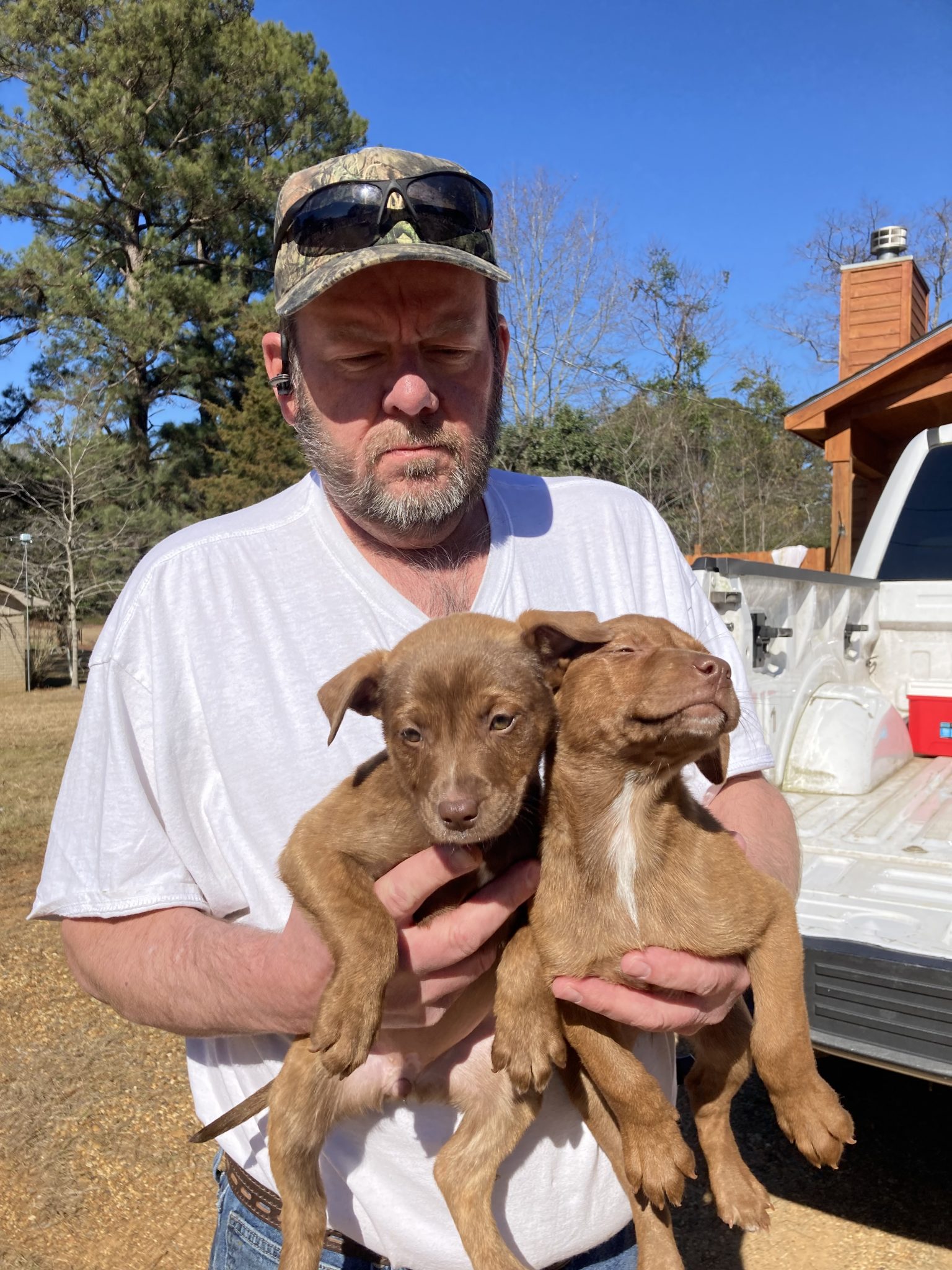 The Springhill Golden Girls – Blanche, Rose, Sophia and Dorothy – are leaving Friday for new homes in the Washington DC area. All four were placed in Stray Hold in Springhill on Betty White’s 100th birthday, January 17th. The legendary actress was also famous for being an animal advocate. Her death has spurred a great deal of donating in her name to animal rescues nationwide.

Justin Thomas, long-time Webster Parish animal advocate, rescuer, and foster, is shown holding Rose and Dorothy, who have been with him since they finished their Stray Hold time at McMahen’s Veterinary Clinic. Justin currently fosters for LaMa  Animal Rescue and is available to assist any rescue in need. Recently he transported pets for Carly’s Angels, a non-profit in Shreveport, which had identified two elderly small dogs that were being left outside due to the death of their owner. A foster has been found for them.

We wish the Golden Girls safe travel and good lives! For more information on LaMa Animal Rescue, please check out our facebook page.