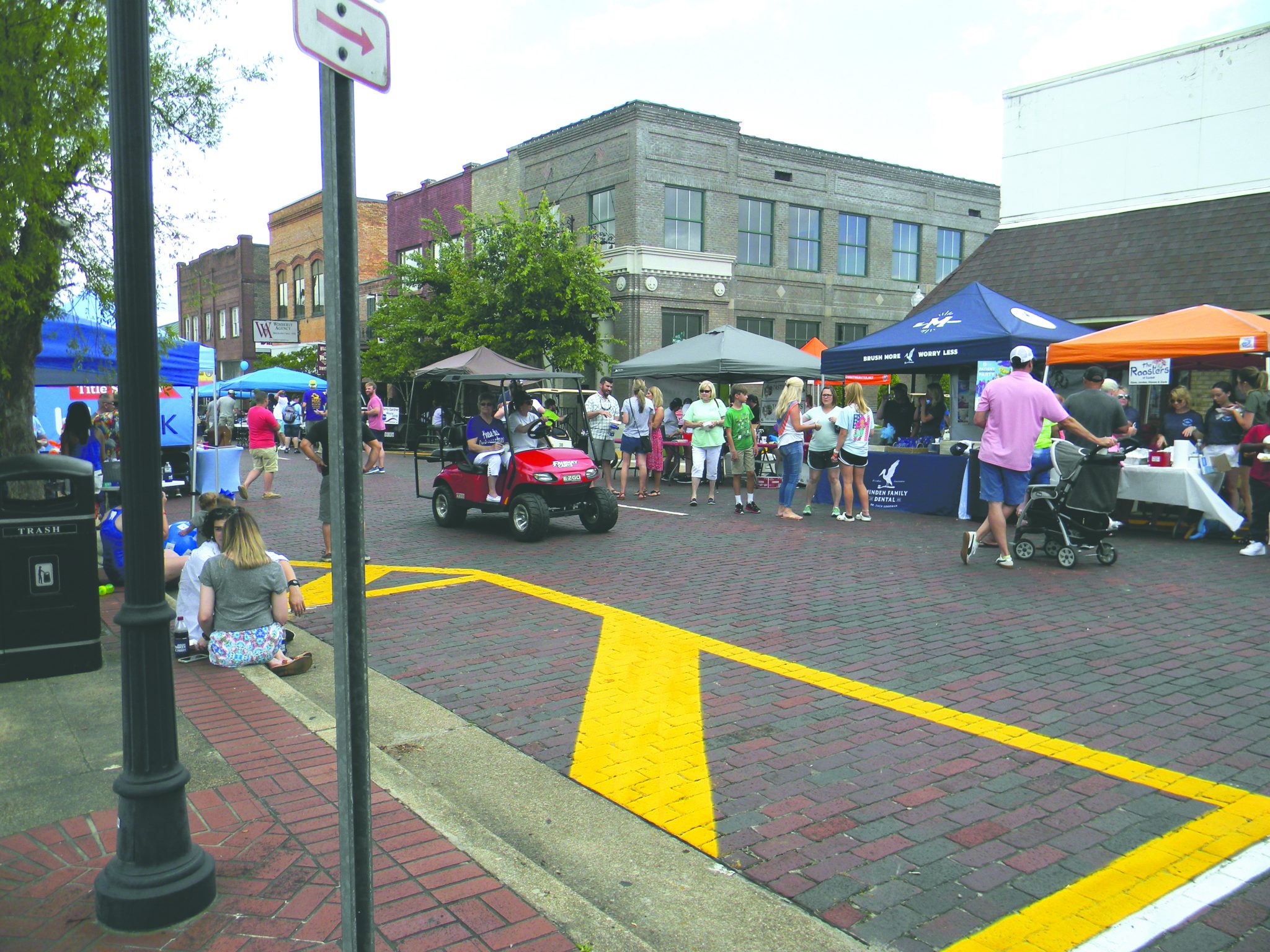 Events, competition, cooking, and community involvement were a huge success

Grilling On Main took place along Minden City’s Main Street during this last Friday and Saturday. It was an event that was host to a variety of entertainment, including fireworks, music, and most importantly, food.

When asked about the event Minden Mayor Terry Gardner responded, “Grilling on Main has been a spectacular event on both days. This is what it’s all about, bringing the whole community together.”

On Friday the Cornhole Competition kicked off at around 5 p.m. In the final round, it was Jeff Haynes and Ricky Elliot versus Dean Francis and Dakotah Haynes. In this round, Haynes and Elliot finished in second place and the victors of this years Grilling on Main Cornhole Tournament was Francis and Haynes.

Later that night a fireworks display took place that was sponsored by Horseshoe Dental. It was a display that spanned roughly 20 minutes. Terry Gardner said, “I’ve been told that the fireworks were better than what they see over in Shreveport.”

The next day the band Flight Delay played music for all to enjoy and the grilling cook-off began. In this competition, the grillers competed in three different categories, those being chicken, ribs, and brisket. Luckily enough for the event goers, some of the grillers also chose to participate in the People’s Choice Contest. This was a side competition in which event goers could purchase a tasting tray, and then sample all of the different foods each of the grillers had to offer. Each person was given 5 voting tickets, and if they enjoyed a grillers food, they could drop a ticket in the box to show their support.

All of the competitions lasted most of the afternoon, and at 4:30 p.m. the winners were finally announced.

Zach Goodman was the winner of the People’s Choice competition.

Thomas Adams, Chairman of the Minden Main Street Board said, “The event has gone really well. It’s been the most organized one that we’ve had since it began. I think everyone’s had a good time. We just hope that it continues to grow. I want to thank everyone for coming out, participating, and having a good time.”