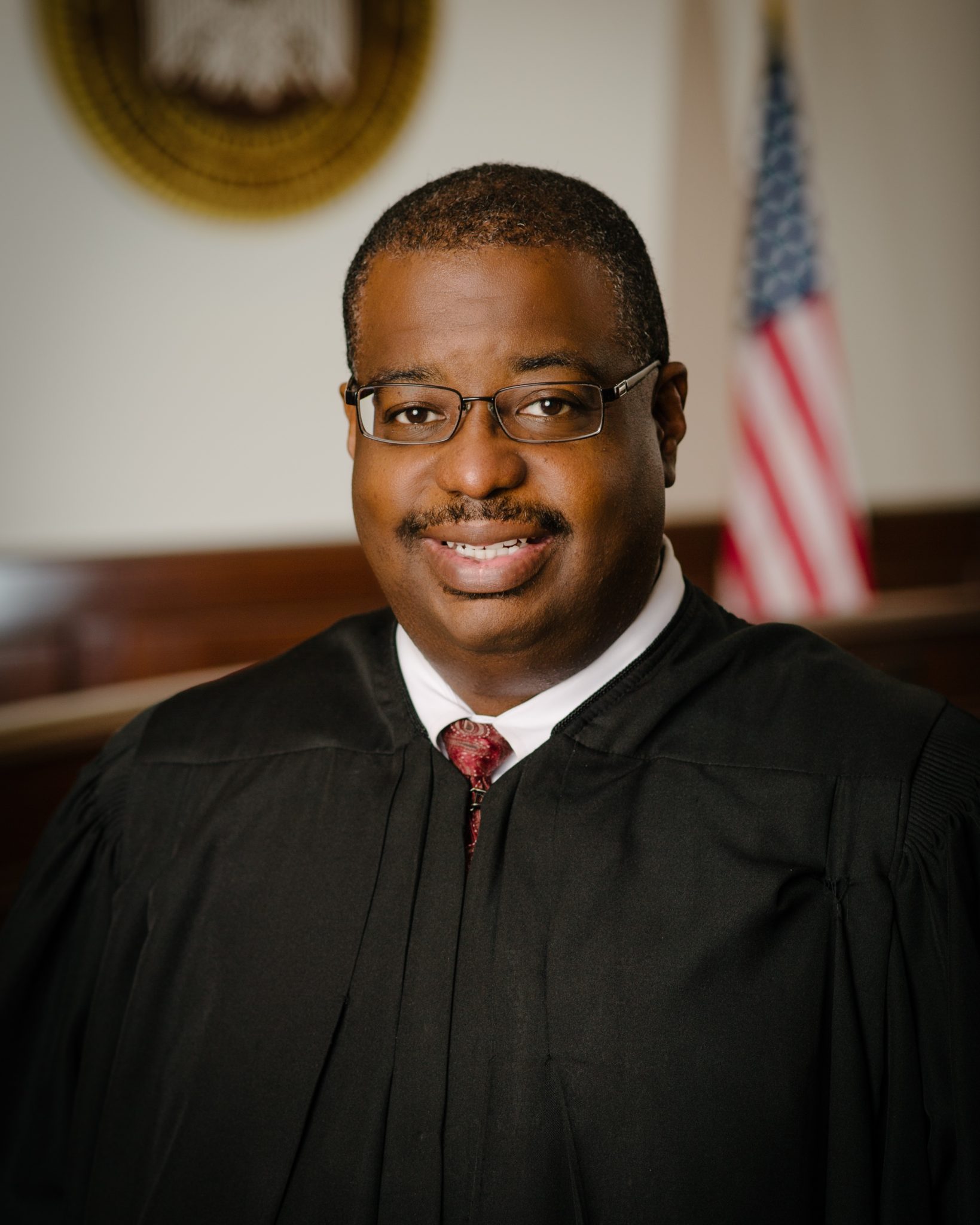 The Honorable John Michael Guidry, a life-long resident of East Baton Rouge Parish, will be sworn in as the 15th Chief Judge of the Louisiana First Circuit Court of Appeal at an investiture ceremony on Thursday, January 19, 2023, at 2:00 p.m.  Judge Guidry will serve as the first African American Chief Judge in the more than 100-year history of the First Circuit Court of Appeal.   The ceremony will take place at the courthouse located at 1600 North Third Street, Baton Rouge, Louisiana.

Prior to assuming the bench, Judge Guidry served in the Louisiana Legislature.  He began his career as a legislative assistant to the Honorable Joseph A. Delpit.  He also served as the Assistant Clerk of the Louisiana House of Representatives and as an assistant parish attorney. In 1991, Judge Guidry was elected to the House of Representatives to represent House District 67.  Two years later, in 1993, he was elected to the State Senate to represent Senate District 14.

In 1997, Judge Guidry was elected to the First Circuit Court of Appeal.

In addition to his judicial and legislative career, Judge Guidry served as a commissioner of the Greater Baton Rouge Port Commission and the Greater Baton Rouge Metropolitan Airport Commission.  Since 1988, Judge Guidry has served as an adjunct professor at the Southern University Law Center, where he has taught a governor, district attorneys, legislators, and even fellow members of the judiciary. He also served as an adjunct professor in the Nelson Mandela School of Public Policy at Southern University for more than 25 years.

Judge Guidry is an ordained deacon and formerly served as the Sunday School Superintendent at Fairview Baptist Church in Baton Rouge.

He is married to Carol Fowler Guidry, with whom he has two children, John Morgan Guidry and Kennedy Michelle Guidry.