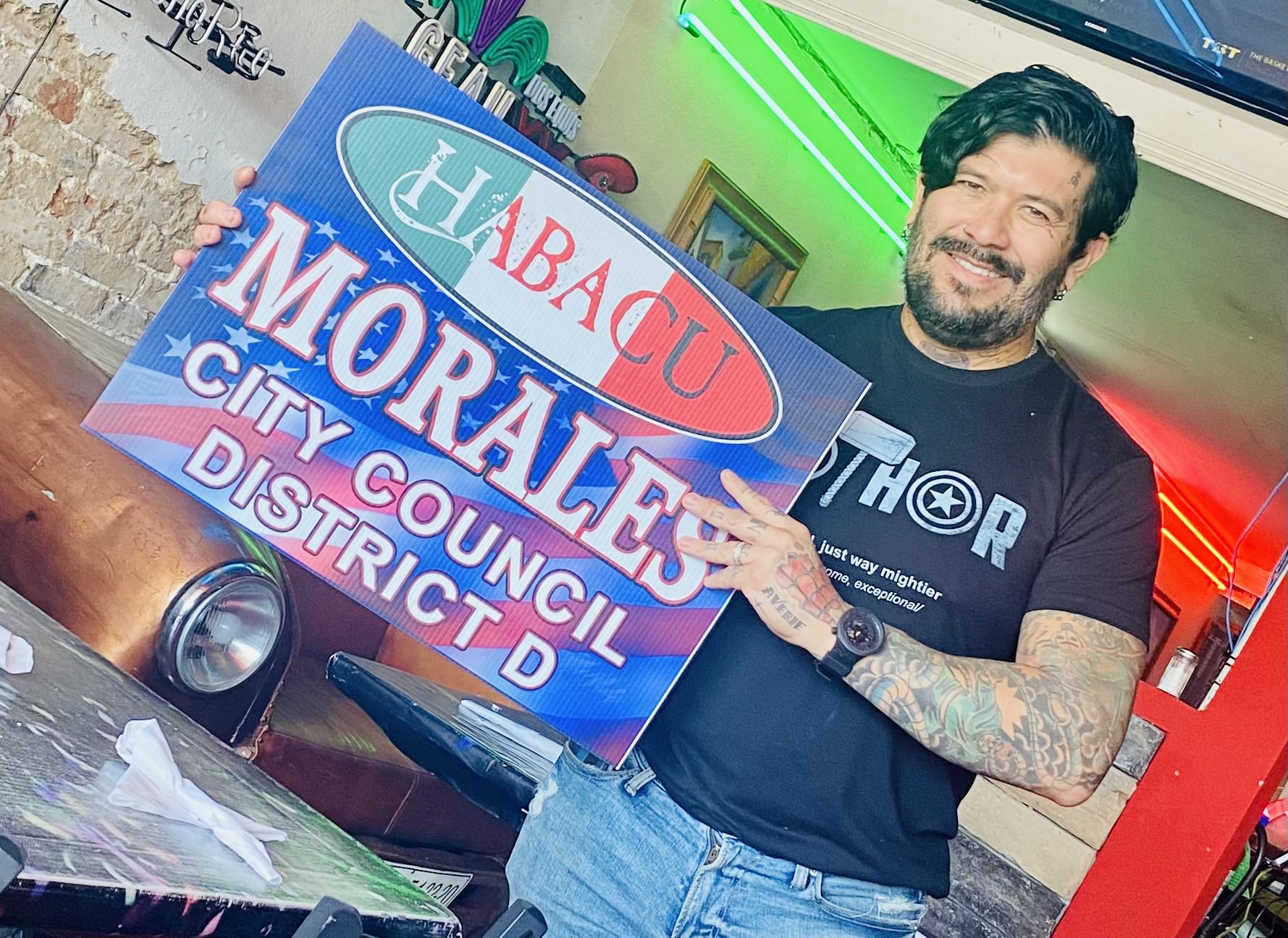 Hello, my name is Habacu Morales. I am humbly asking for your vote for councilman in District D in the City of Minden. I have lived in Minden since 2008 and have seen the good and bad of the city government.

I moved to the United States legally in 2005. In 2011, I opened Habacu’s Mexican Restaurant at the truck stop located on Highway 523. A year later, I purchased a downtown building in Minden and opened Habacu’s Mexican Restaurant that you know today. In 2016 I completed and passed the grueling U.S. Citizenship Exam. This was one of my proudest moments! I have been married to my wife, Kaley, for seven years and together we have five children. All of whom attend schools in Minden and I want them to be proud to call Minden home.

I have donated to multiple organizations in the area including St. Jude Children’s Hospital, Minden High School, Glenbrook School, and Minden Main Street, among others. I have assisted in providing public soccer camps for the area youth.

I am running my campaign platform of “Unity.” I believe you can disagree and still be unified in the ultimate outcome. Divided we fall, united we overcome. As a firm believer in God, I will continue to support issues that I believe are righteous.

As a businessman in Minden, I have personally seen and experienced the “ups and downs” in the local economy. I will strive to support economic development in the area, as well as helping businesses that are already established. I understand that the people elect someone to represent them, but I feel that too many officeholders are in it for personal gain. If I am elected, I will make decisions based on facts and for what is in the best interest of my district and my city.

Thank you and I hope you will entrust me with your vote, a vote for change and a vote for UNITY!!