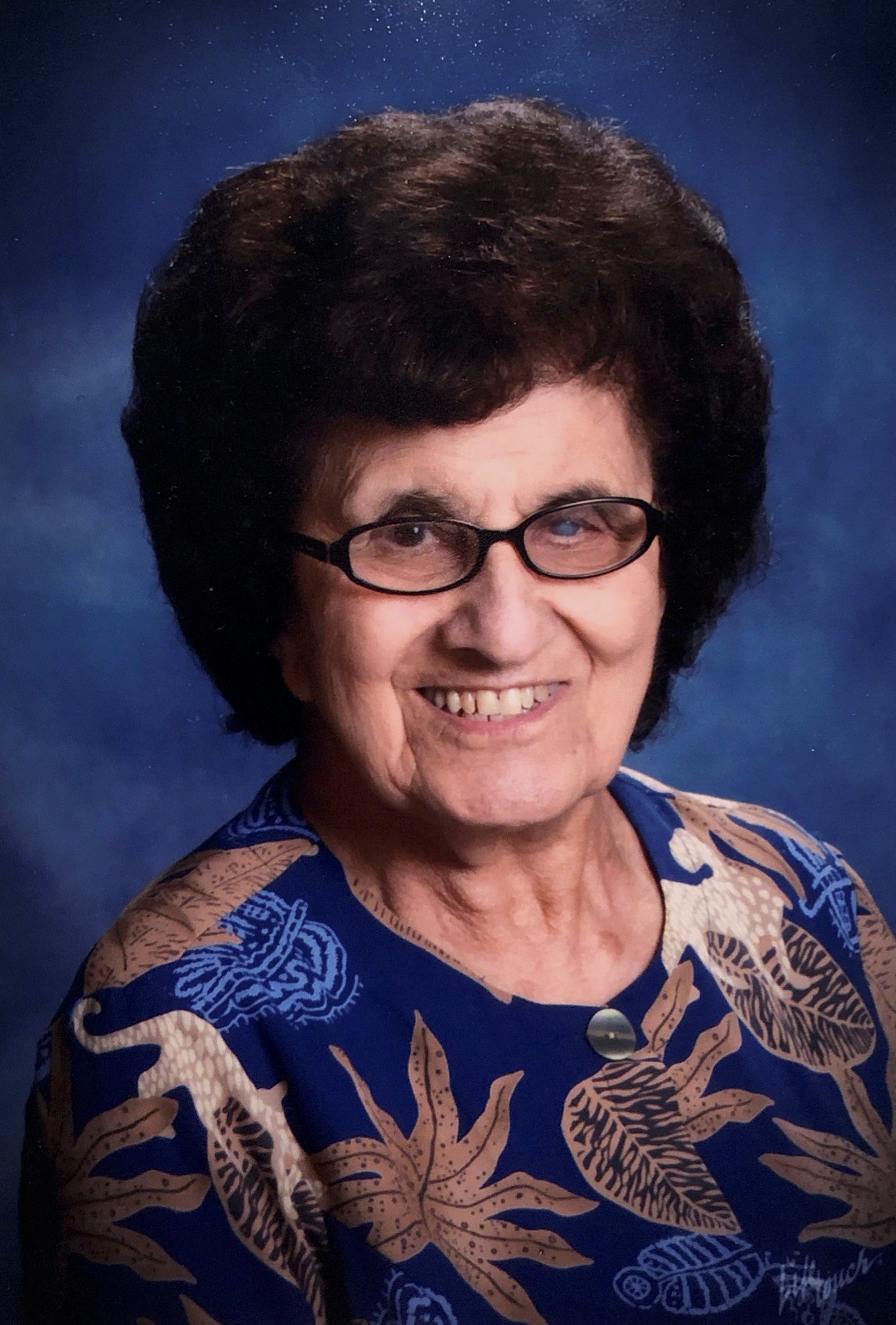 Helen Michael Hamilton passed away peacefully into the hands of her Lord and Savior Jesus Christ at Christus Highland Medical Center on September 24, 2020. She was living at home where her son, whom she loved with all her heart, took good care of her for several years. A visitation will be held at Rose-Neath Funeral Home in Minden, LA on Thursday, October 1, 2020, from 4:30 p.m. until 6:30 p.m. with a vigil service at 6:30 p.m. in the Rose-Neath funeral home chapel. A Mass of Christian Burial will be held at St. Paul’s Catholic Church, on Friday, October 2, 2020, at 2:00 p.m. Officiating will be Father Karl Daigle. Interment will follow at Gardens of Memory Cemetery, Minden, LA.

Helen was born in Mansfield, LA on February 15, 1923 to Ellis Raymond Michael, Sr. and Almozia Lahood Michael.  She grew up in a household that instilled in her the love of family.  She would spend the rest of her able life, through her many family house visits, affirming that love.

She loved being a cheerleader for the Tide and took great pride in the fact the student body voted on her to be 1of the 6 members selected.  She would always be sure to mention how she adored that time in her life and loved all of her cheer mates: Russell Adams, Ruby Jean Brantley, Marcus Wren, Carolyn Garland, and Roy Miller.  Helen, having received the honor of best all-around senior girl, graduated from Minden High School in 1941.  18 years old with the world entrenched in war and America in fervent preparations she decided to begin her career in the Personnel Department at the Louisiana Ammunition Plant. She would later work for a brief time beginning in 1957 in the procurement office at Barksdale Air force Base.  Her short stay at Barksdale left an indelible mark on her colleagues with one writing “Just thought you would like to know that all of us miss you very much and that it sure is quiet around the office since you quit, Gracie hasn’t hardly said anything to me or anyone since you left – guess she misses you too much.” After leaving Barksdale she went to work for L.L Greer where she would work until she retired. L.L. Greer was a family owned tax preparation business – a family that she adored.  In her “retirement” she helped care for her grandchildren Karessa and Kyle waiting on them hand and foot with the type of love neither of them will forget.  Even in her later years when she became a great grandmother (GG) she did all she was able in spoiling her precious Zoe.

Helen was a devout Catholic making sure to attend church on all the holy days until her health didn’t allow it.  She was also active in cooking food for various fundraisers of the Lady’s Altar Society.  She lived life to the fullest, she had one of the most loving and outgoing personalities.  From the opening clarinet of Glenn Miller’s Moonlight Serenade she was up and dancing with or without a partner though she preferred one.  It was a regular occurrence to get together with friends, drink coffee, chat and brag about her family.  She had a passion and a talent for cooking and used those abilities to bring her family together every Sunday after church.  She only had 2 biological grandchildren that called her Granny but to their neighbors and school friends she was also affectionately called Granny as she treated them all with love – they were her “little darlings”.  Though she had many family members and friends she only had one son whom she fiercely loved and protected.  That love can be proven in the care he gave her every day until her last breath.  Ultimately she loved to be around others, long visits would end with her saying “stay a little longer” oh how we wish she would have done the same.

She is survived by her son, Michael Percy Lewis (Gay); her brother, Ellis Raymond Michael, Jr. (Joan); her sister, Theresa Reagan, and her sister, Carol Lyons (Gentry); her grandchildren (her greatest source of pride), Karessa Lewis Edwards and Kyle Lewis; and great granddaughter, Zoe Edwards. She also leaves behind numerous other loved nieces and nephews and special friend Lynn Slack.

Helen’s family would like to thank the nurses and physicians at Minden Medical Center and Christus Highland Medical Center who cared for her in her final days. A special thank you to Dr. Asafo and staff, her pulmonologist Dr. Howard as well as her special nephew Dr. Rick Michael, one of her favorites to brag about over coffee.

In lieu of flowers, any memorials may be directed to St. Paul’s Catholic Church in Minden, LA.