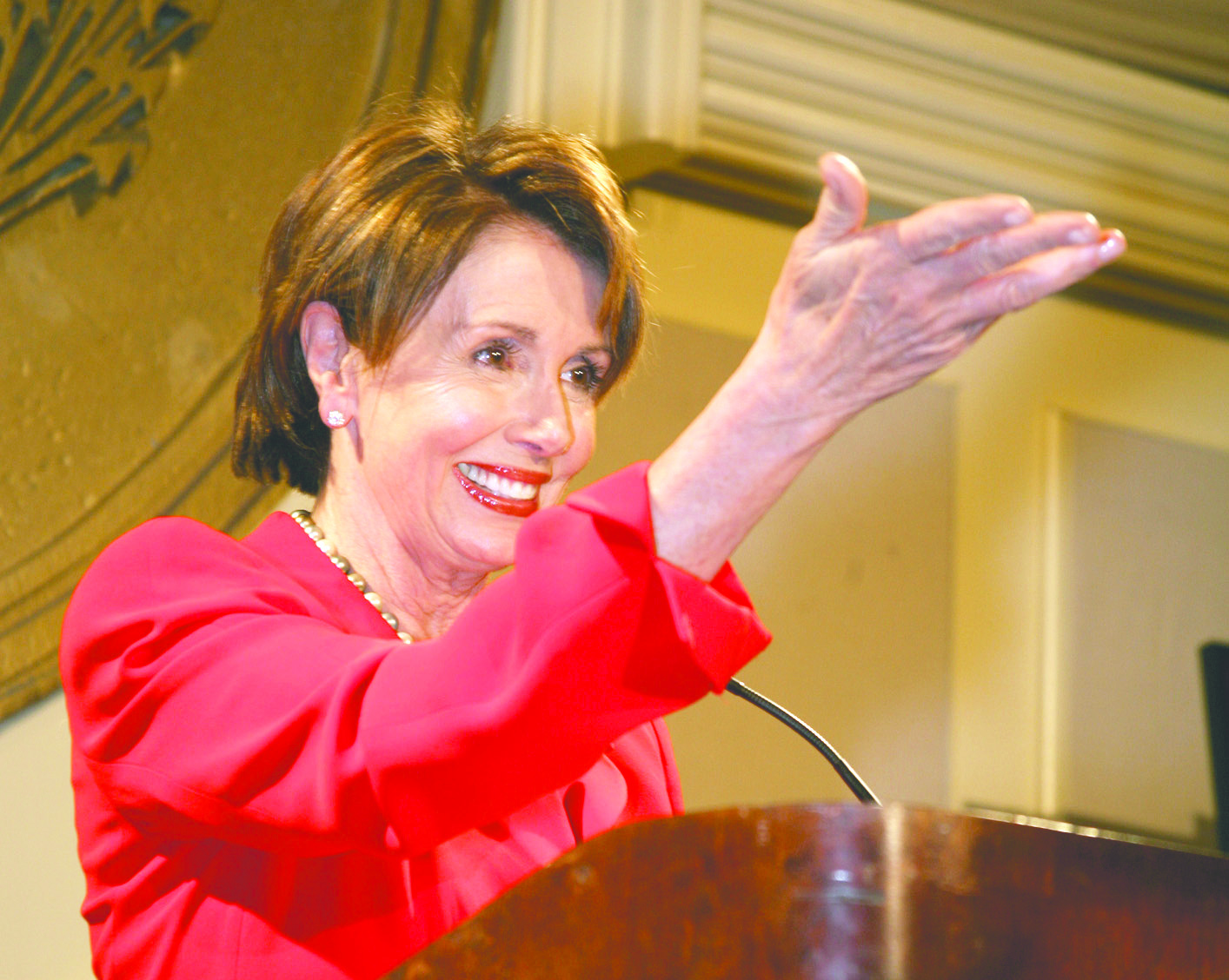 WASHINGTON (AP) — House Minority Leader Nancy Pelosi staged a record-breaking, eight-hour speech in hopes of pressuring Republicans to allow a vote on protecting “Dreamer” immigrants — and to demonstrate to increasingly angry progressives and Democratic activists that she has done all she could.

Wearing four-inch heels and forgoing any breaks, Pelosi, 77, spent much of the rare talkathon Wednesday reading personal letters from the young immigrants whose temporary protection from deportation is set to expire next month.

The California Democrat quoted from the Bible and Pope Francis, as Democrats took turns sitting behind her in support. The Office of the House Historian said it was the longest continuous speech in the chamber on record.

“You see, these people are being deported,” Pelosi said around hour six. “We can do something today to at least make whole the children.”

Her remarks seemed partly aimed at the liberal wing of Pelosi’s own party, who seethed as Senate Democrats cut a budget deal with Republicans that could quickly steal the momentum behind the effort to resolve the Dreamers’ plight.

The wide-ranging budget accord says nothing about renewing the Obama-era Deferred Action for Childhood Arrivals program, called DACA, which temporarily shields Dreamers — hundreds of thousands of immigrants brought to the country as children and living here illegally — from deportation. President Donald Trump has moved to annul DACA.

Pelosi said she’d oppose the budget deal unless GOP leaders agreed to hold a House vote on helping the Dreamers. But top Democrats said they weren’t corralling rank-and-file lawmakers to oppose the budget pact, leading some of the party’s immigration advocates to question the forcefulness of her opposition.

“I’m going to take everything she says at face value,” said Rep. Luis Gutierrez, D-Ill. “And then hopefully tomorrow she will validate that trust by stopping us from voting for it. If she doesn’t, then it was a nice speech.”

Pelosi’s performance had no immediate impact on Republican leaders, who have not scheduled a vote on the issue.

AshLee Strong, spokeswoman for House Speaker Paul Ryan, R-Wis., said Ryan “has already repeatedly stated we intend to do a DACA and immigration reform bill — one that the president supports.”

While Pelosi spoke, immigration activists rallied in Washington and threatened retribution against the congressional Democrats who abandoned the strategy of demanding that a budget accord be paired with an immigration deal. The fresh threats exposed deepening divisions within a Democratic Party struggling to address a liberal priority in Republican-controlled Washington.