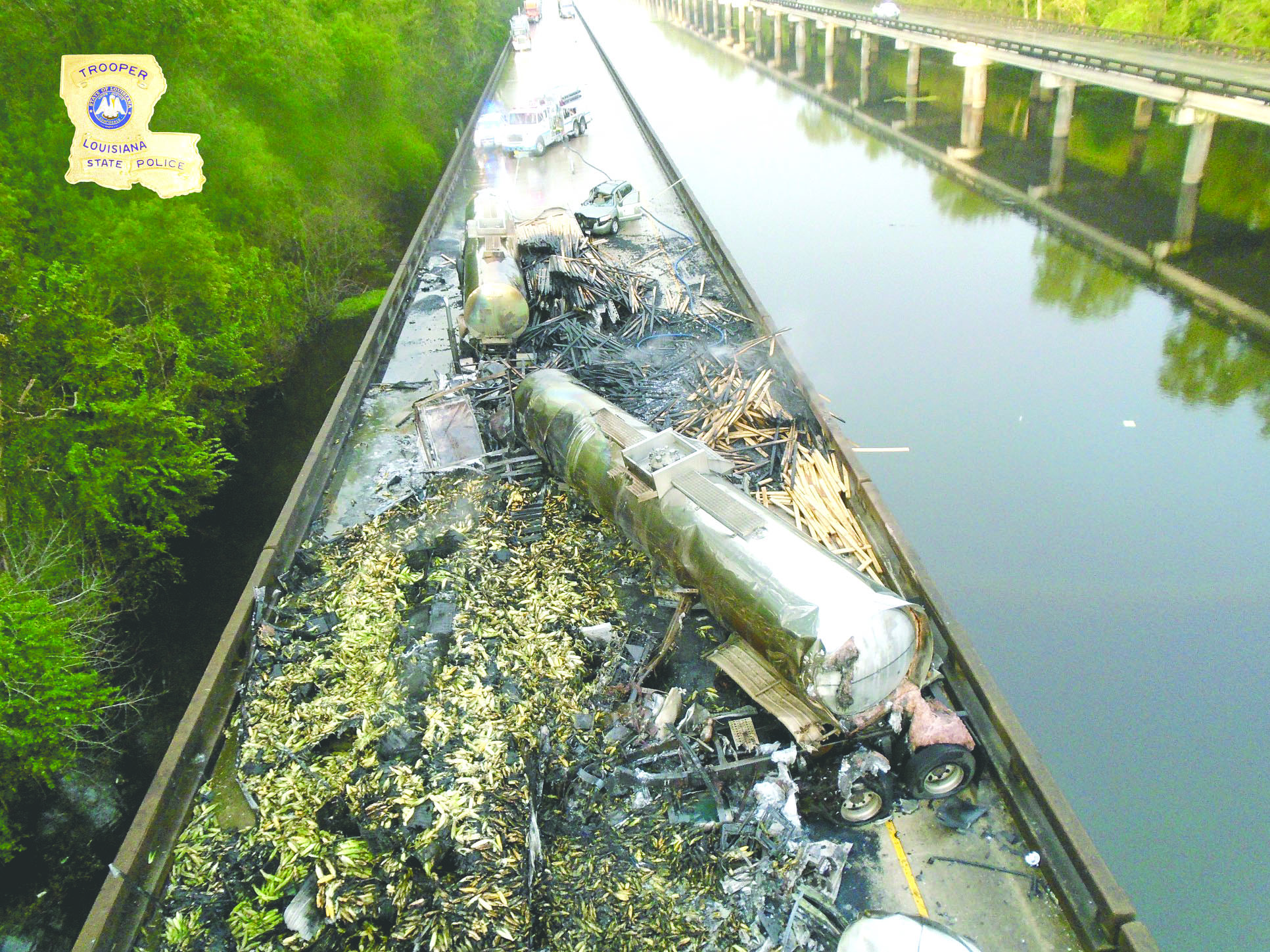 Louisiana State Police initially reported no fatalities as a result of Monday’s wreck, however, one body was later discovered on the scene.

WAFB-TV reports a red car and five 18-wheelers ended up in a fiery, tangled mess along Interstate 10 westbound between Baton Rouge and Lafayette on Monday around 2 p.m.  It’s not yet known what caused the pileup.

There is currently no time frame on when the roadway will reopen as transportation crews are continuing to clean up debris at the scene.

Transportation officials say inspection of the bridge could happen as early as Wednesday.