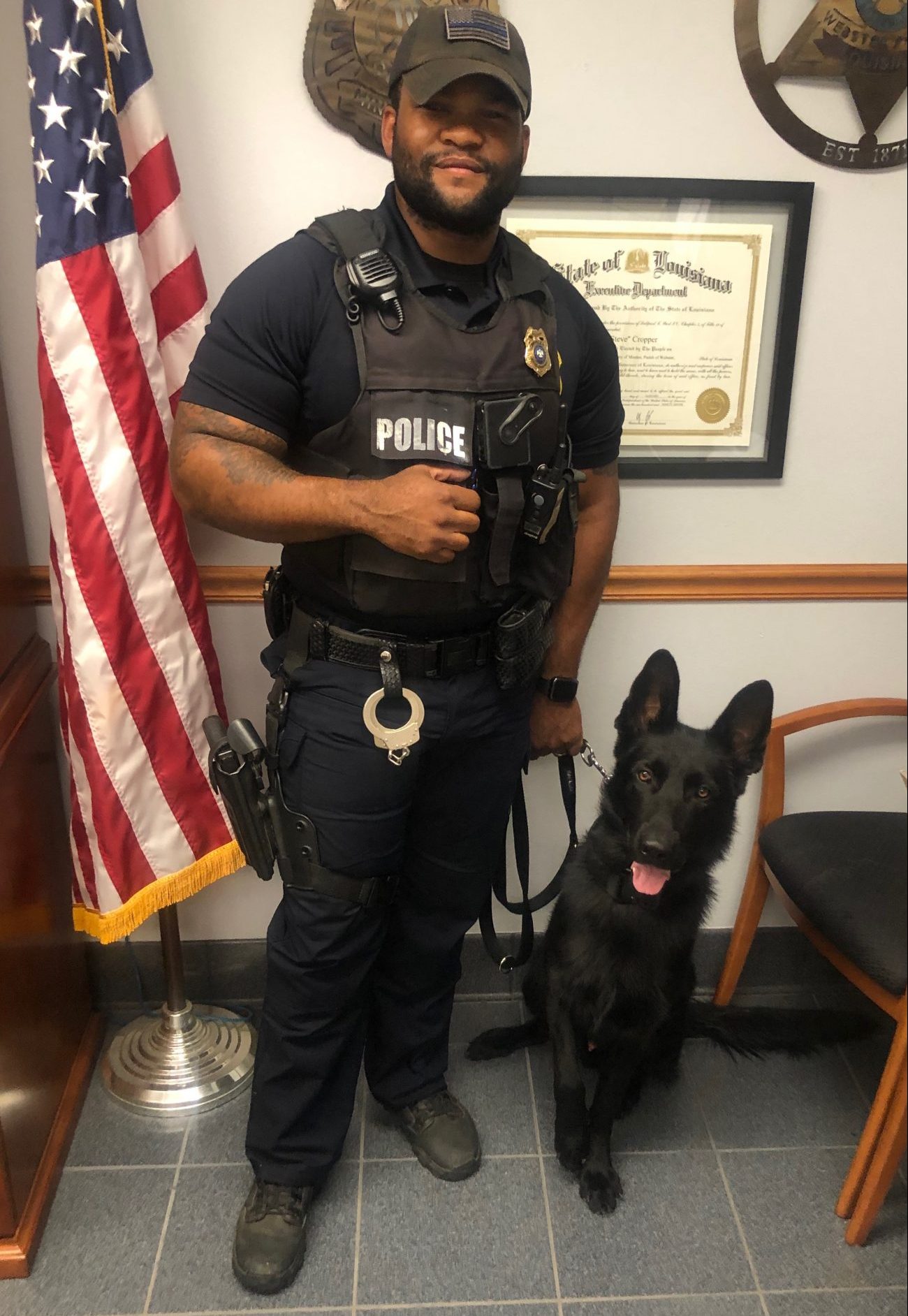 “Sgt. Curry has been training with him in Little Rock and just got him graduated, certified, and Wednesday was Bram’s first day on the job,” said Cropper.

He stated that the MPD was able to purchase Bram due to the overwhelming support they received from when they raised funds to purchase Tigo, the MPD’s other K-9 unit. They received so much funding that they were left with enough to get Bram as well.

“This stems from the funds we raised when we got Tigo. We actually raised enough money to purchase this second dog too. It’s the people of Minden’s dog, it came from donated funds back when we were raising money for the first one,” said Cropper.

He also stated that having this second K-9 unit will make it so neither K-9 or their handler has to be solely relied on, and can now be dedicated to separate shifts.

Cropper also stated that a reason the department decided to get Bram was to fulfill a request that Sgt. Curry had made early in his career to be a handler for the K-9 unit. “Brandon’s been really wanting a dog ever since he’s been here, and he’s military, and I knew he was going to be a great handler, so we decided to go ahead and get this dog,” said Cropper.