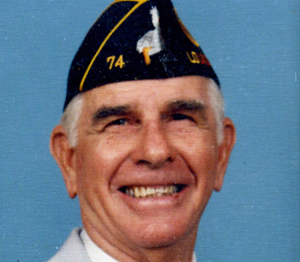 James was born Dec. 27, 1919 in Monroe and entered into rest May 27, 2016 in Minden. “Mac” served his country in the United States Marines during WWII in the Pacific and awarded the Bronze Star Medal for achievements in
action. He was a member of First United Methodist Church and the American Legion.

He was preceded in death by his son James Phillip McQuiller.