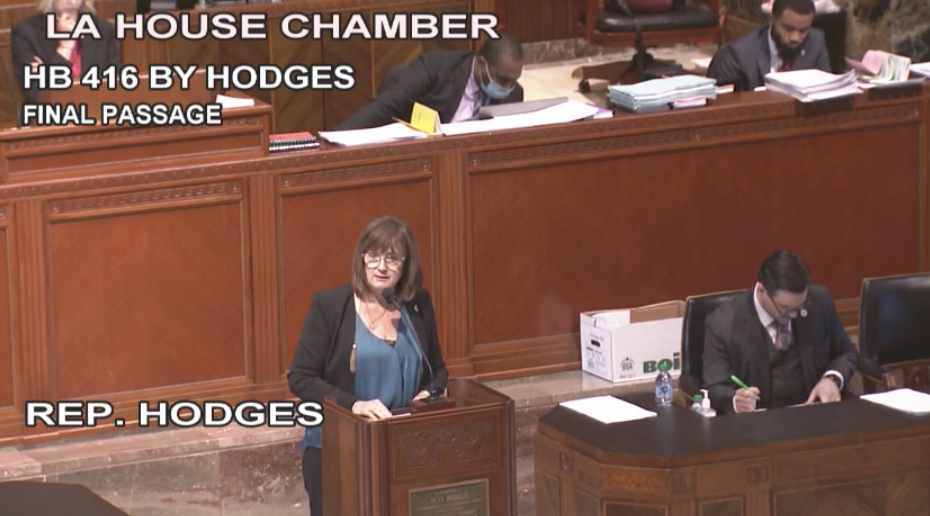 BATON ROUGE–A bill that would mandate the instruction of World War II and the Holocaust to middle school and high school students passed 65-32 in the House Monday.  It would include training for teachers instructing students on such history.

“By teaching students about World War II, they become stronger in their ability as a society to resist efforts to marginalize and demonize vulnerable groups of people,” said the bill’s author, Rep. Valarie Hodges, R-Denham Springs.

The bill, House Bill 416, would call on schools across the state to partner with the National WWII Museum in New Orleans to teach the curriculum.

Rep. Hodges said that it is the legislators and the educator’s responsibility to share the stories of the Holocaust because survivors will soon no longer be around to share themselves.

There was opposition to the bill from the Louisiana Board of Secondary Education (BESE). A commission is reviewing state social studies standards that will make a recommendation to BESE for new standards in October.

Rep. Hodges explained that her bill is timely because waiting for the review commission to create new standards would be too late. Once new standards are created, they are in place for the next seven years.

Rep. Beryl Amedee, R-Houma, said she had heard from opponents who think that all curriculum standards decisions should be made by BESE, not the Legislature. Rep. Hodges responded that the Legislature has mandated curriculum 37 different times in the past.

Rep. Ted James, D-Baton Rouge, brought an amendment to the bill to mandate the teaching of significant Black historical figures. The amendment failed, but it created robust debate by House members on what should and should not be mandated in Louisiana public schools.

“We all have passions on what we think should be taught,” said Rep. Royce Duplessis, D-New Orleans. He said that last year he brought a resolution to recommend that schools teach the history of racism, and he agreed with James’ amendment since that “question is not being asked.”

The House debate followed controversy about a bill by former House Education Committee Chairman Rep. Raymond Garofalo’s, R-Chalmette, that would have prohibited any teaching that the United States or Louisiana is systematically racist or sexist.

The bill was shelved after protests by members of the Louisiana Legislative Black Caucus, and Garofalo was eventually stripped of the committee chairmanship by GOP leaders.

“I hope this is not the message that we start today of coming up with our own standards on what we want taught,” said Rep. Tammy Phelps, D-Shreveport. “If all of us next session come up with things we want to do besides allowing BESE to do, I want us to remember this day.”

Hodges is also the author of House Bill 352 which would require the teaching of the Declaration of Independence, the U.S. Constitution, the Federalist Papers, the Gettysburg Address and the concepts of national sovereignty, American exceptionalism, globalism and immigration policy.

The bill, House Bill 352, was supposed to be debated on the House floor on Monday as well, but Hodges returned it to the calendar.

Rep. Hodges closed on her bill thanking the House members for a dignified debate, and the bill will now be heard in the Senate.