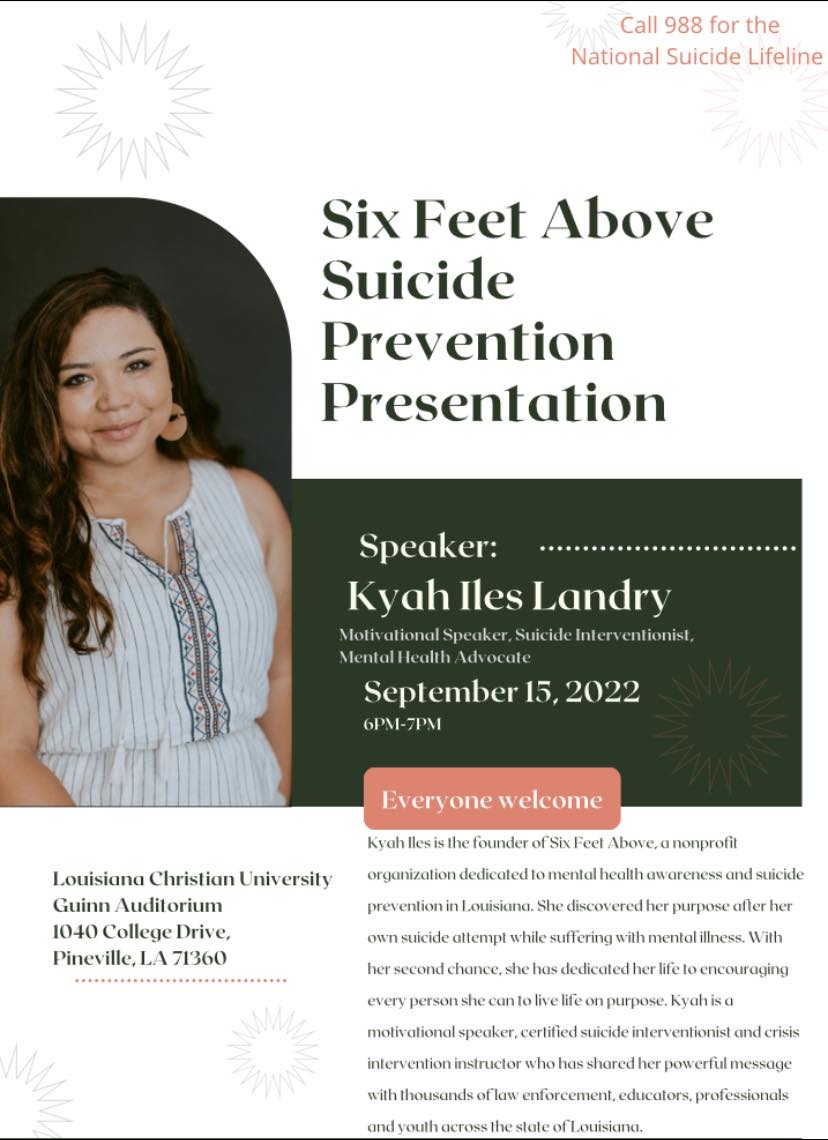 Iles is a resident of Central Louisiana and certified suicide interventionist and crisis interventionist instructor. Additionally, Iles has told her story of survival after her own suicide attempt with hundreds of students, educators, law enforcement officers, and mental health professionals throughout Louisiana.

Taylor Dauzat, the mental health counselor at LCU, believes that suicide awareness and prevention affects everyone. She was so moved by Iles’s story that she knew students had to hear it too.

“Suicide is definitely a big and growing area of concern over the last several years, especially among college students,” Dauzat said. “I was really inspired by her and her story and thought that she would be a perfect speaker for our students because when you are able to talk to someone who has really went through it and hear a story about a survivor, it impacts in a different way.”

Iles said her focus is to break the stigma around mental health, notably in the Christian community.

“Especially as Christians, we feel sometimes depression and God don’t go in the same sentence,” Iles said. “When you think of God, you don’t think of crying and the hard days that you can’t get through. So, it’s important that we start the conversation and know how important it is to be vocal about not being okay.”

Iles shared that although her journey was different from most, many people that struggle with mental illness feel alone.

“A short word of advice, just know that it’s OK to not be OK and that your best days are truly ahead,” Iles said. “You have to believe and trust in God and stay to see those best days because they’re coming, and His promises are true. You’re not alone.”

The event is open to the public in Guinn Auditorium, Thursday, Sept. 15, at 6 p.m.