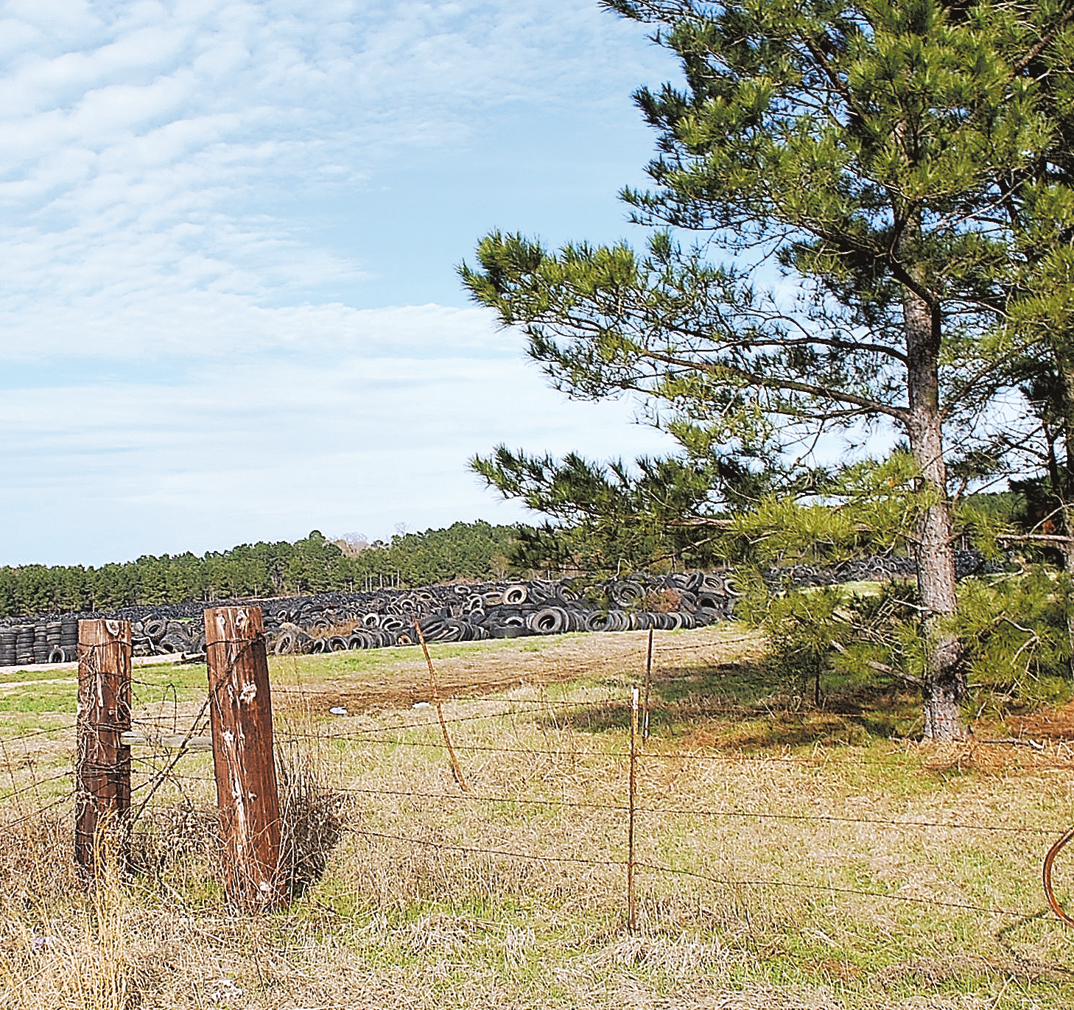 Brian Benson, of Benson Environmental in Sibley, says he expects subsidies to the company could dry up by the end of the year, but not necessarily because of inadequate controls over the program.

“The subsidies are directly proportional to the amount that you recycle,” he said. “We’re overwhelmed. We’re pretty much at our limit as far as what we can actually process and grind up and do.”

He explained a bill presented in the last session that would have increased the fee collected from new tire purchases failed. Benson went on to say the fee has remained the same since 1991, and money just doesn’t go as far today, not to mention the financial state of Louisiana’s budget.

“The system is extremely stressed, from the DEQ, to the processors, to the haulers to the generators,” he said. “The entire system is extremely financially stressed right now. The regulations have been updated, but the law dealing with the program, especially the financial part of it, hasn’t been updated since 2001. We really need some action from the legislature to address a lot of this.”

According to procedures, if the DEQ does not have the full amount to pay in subsidies, then they send a portion of it. For instance, if they can only send 90 percent of the amount owed to the tire processor, then they send that amount. If they cannot pay it due to a lack of revenue from the waste tire fees, then they essentially send an “I owe you” until they can get the required funds to pay the subsidies, whether it be from revenue from the fees or through the general fund.

Purpera says in the report that failure to effectively monitor the data could be based on inaccurate data leading to overpayments.

The DEQ uses a formula to calculate how much they are going to disburse to waste tire processors by data turned in by the processors. The processors must physically count how many tires they take in. The tires are processed, and then it is calculated by weight. The DEQ uses an average weight per tire, and they monitor that average across all the processors in the state.

If a processor is reporting excessively above or below the average of the other processors, then it raises questions.

A chart in the report breaks down disbursements paid to processors by DEQ, showing that Benson Environmental received $837,170, or nine percent in 2015. Colt, Inc. Scrap Tire Center received roughly $4.6 million, or 49 percent of the disbursement, with about $1.6 million in escrow. The money in the escrow account is being held because it is owed to another waste tire processor following a dispute.

The DEQ responded in their management’s response that they continue to work towards effectively monitoring procedures.

“Although the department has not fully implemented its procedures, DEQ has made significant improvements in the program,” DEQ officials said.

Some of the steps taken include continuing to implement effective monitoring procedures; the engagement of a statistician to review methodologies the department has developed prior to taking any actions against processors and continues its efforts to implement effective and timely waste tire ending inventory results.

The WTMP was launched in 1989 by law to reduce the volume of waste tires in the state by facilitating a market for recycled waste tire material.

Legislative auditors also found that DEQ had ineffective internal audit functions. In the last few years, the department has reduced its audit services section from eight to five auditors, hindering them from fulfilling its function, according to management’s response.
While they agree with the finding, due to the decreased number of auditors and the large amount of time they say it takes to conduct an audit, they are exploring options to add a position to focus primarily on internal auditing.

“There comes a point when a dollar just doesn’t buy what it used to,” Benson said. “That’s the point on our end. On the DEQ’s end, a dollar doesn’t let them have the auditors, and the inspectors, and the resources to effectively police Louisiana. That’s what they are, they are the environmental police, and they just don’t have the resources.”