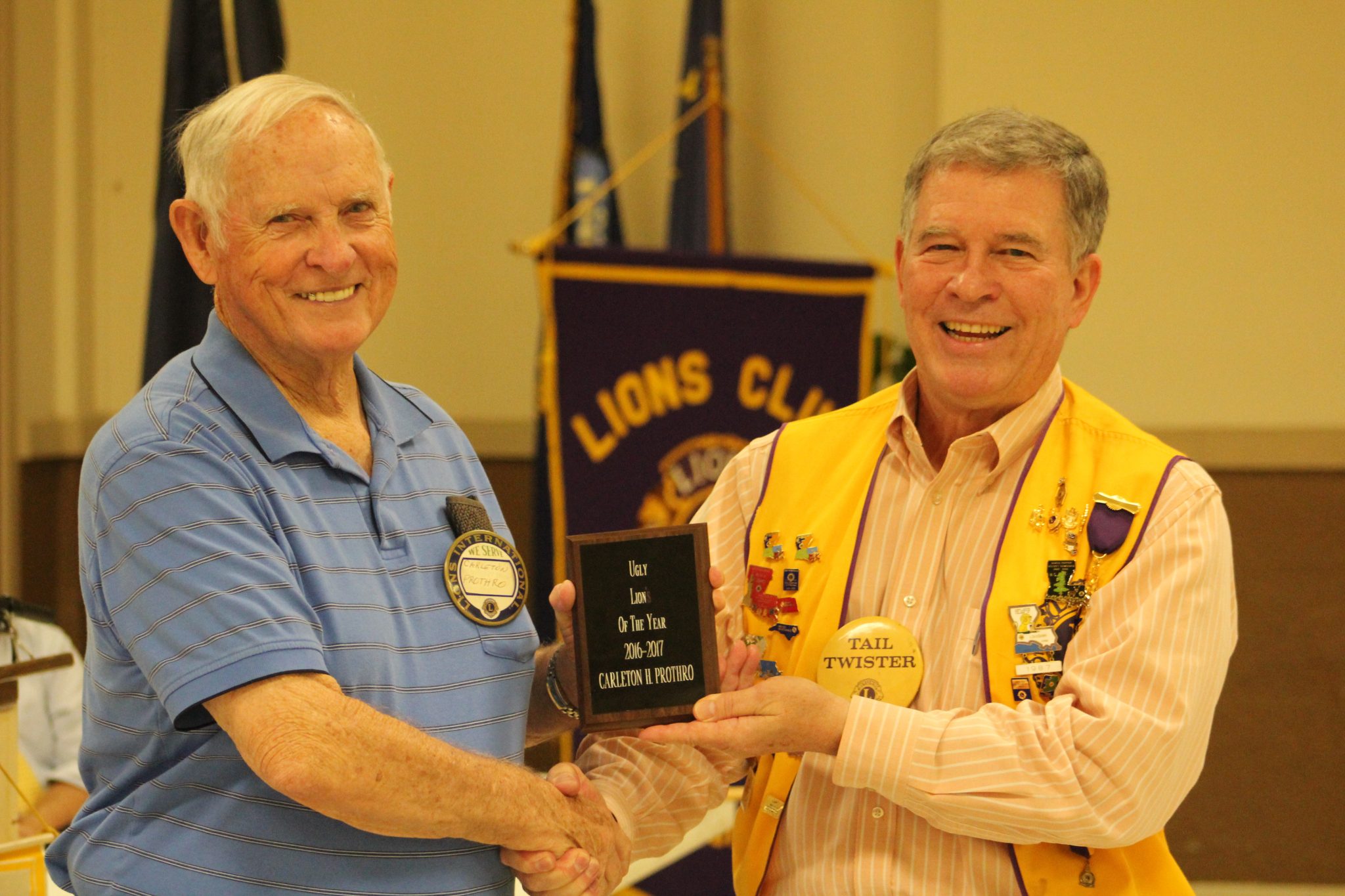 Above, Lion Tail Twister Richard Campbell celebrated his final week on the job by presenting Carlton Prothro with the Ugly Lion of the Year award. Attorney Lane Pittard discusses his 24 years of service ahead of October’s election for the 26th Judicial District Judge seat. Pittard, a native of Minden, was well-received by the Minden Lions Club.