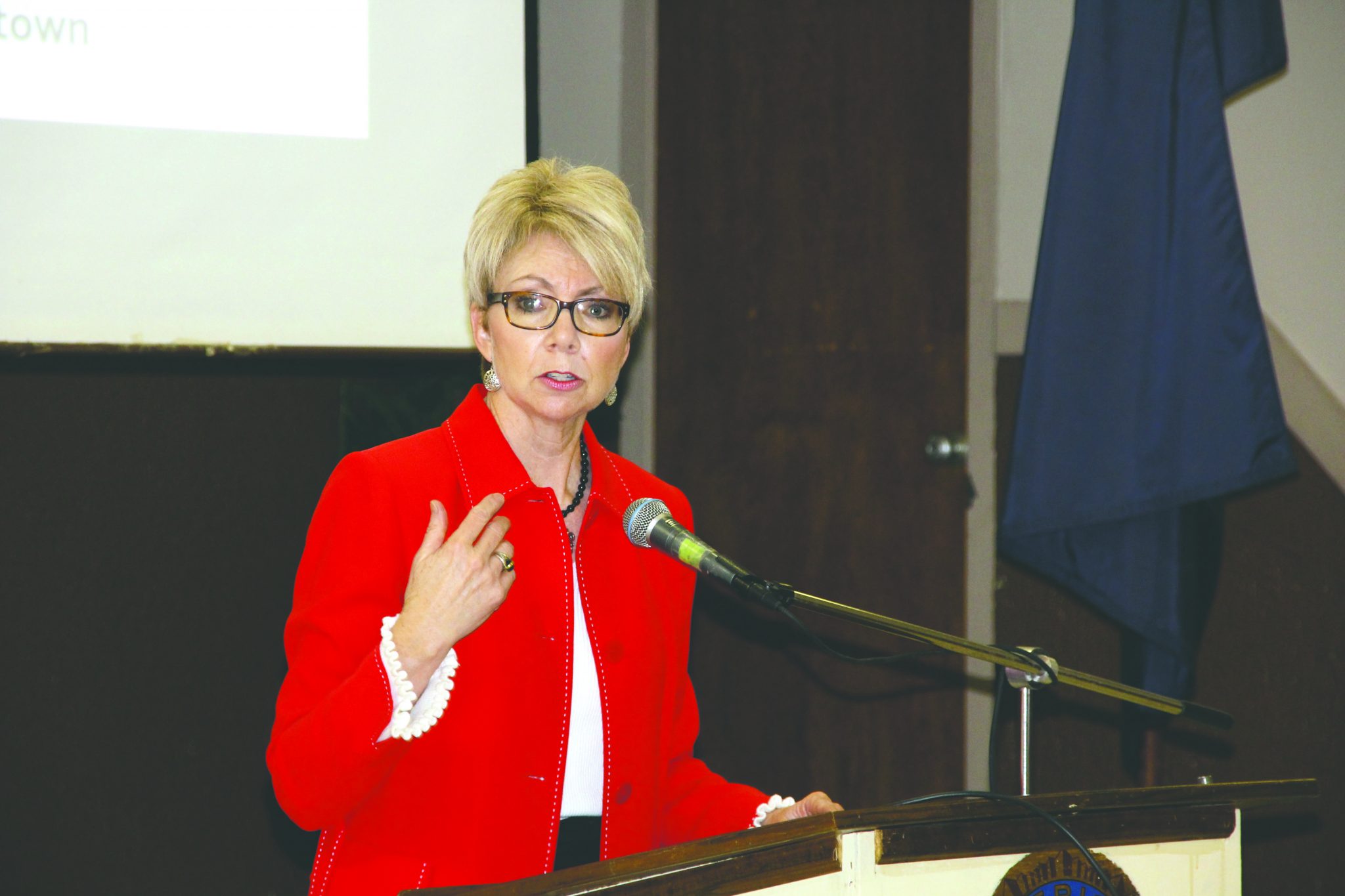 Swaine, longtime newscaster at KTBS, is the current executive director of Shreveport’s Downtown Development Authority. She began her presentation by asking attendees to raise their hands if they are an elected official or have been in the past.

“How many of you have enough money to do everything you need to do for your parish or city?” Swaine asked.
As she expected, no hands were raised. In response, Swaine introduced some crucial visual data created by Joe Minicozzi from the consulting firm Urban3.

“Minicozzi goes in and takes all of your tax data and determines where you are getting best bang for your buck,” she said. “Now more than ever, we’re having to make tough decisions on where to spend our money. We need to be spending in places where it’s doing themost for us, where we’re seeing the biggest return on investment. So alright, City of Minden, where are you going to invest to make the most return?”

As Minicozzi’s data showed, cities of all sizes across the country see the biggest spike in return on investment from their downtown areas. To further illustrate the importance of investing in these areas, Swaine used downtown Shreveport as a case study.

In the ‘20s, Swaine said, every lot in downtown Shreveport was filled. People were wealthy and erecting buildings.

However, by the ‘60s and ‘70s, there were abandoned and run-down buildings everywhere.

“You know that you have reached the bottom when you spray paint the price of your building on the front,” she said.

“Every downtown, every main street of every community, had a really tough down time. So what happened?”

Swaine highlighted several global trends that have brought downtowns back, including demographic shifts.

“We’ve all heard about these ‘crazy millennials,’” she said. “Millennials had not lived through the down times for main streets. They’re looking at downtowns with fresh, new eyes, and they’re saying, ‘that’s where I want to be’ because that’s where the action is.”

Another important demographic shift for downtowns is the emergence of the professional woman.

“Women are attracted to safe, secure downtowns with amenities,” Swaine said. “You have to learn how to assure that your downtowns are safe and market that to people.”

Now that global trends have put downtowns back on the map, Swaine says cities must find ways to do more with less financially, from leveraging public/private partnerships to writing grants. She also stressed the importance of residential space in today’s downtowns.

“That unused second floor of many of your buildings is so prime for apartments,” she said. “It’s a great untapped resource. And developers are seeing this as well, that there’s money to be made in residential.”

Swaine mentioned several key ingredients to a vibrant downtown community in the modern day, from grocery markets to coffee shops.

“We have discovered that coffee shops have become the new community gathering places,” she said. “It’s where people go to do business, see friends, study, meet people – it’s amazing.”

Pictured next to Shreveport’s coffee shops were street performers, another aspect Swaine highlighted.

“We have really tried to incentivize people to play music on the street by making it easy and accessible for them to do so,” she said. “To do things that will attract other people to come down there. When you get that foot traffic coming downtown, you see businesses start to give buildings in the area a second look.”

Swaine and various attendees spent the last few minutes sharing ideas and resources for ways to fund rehabilitating historic downtown properties, such as the Historic Commercial Tax Credit and the Louisiana Trust for Historic Preservation.

The March gathering of the Lunch Bunch will see Ryan Barnette give a lesson on workplace violence.