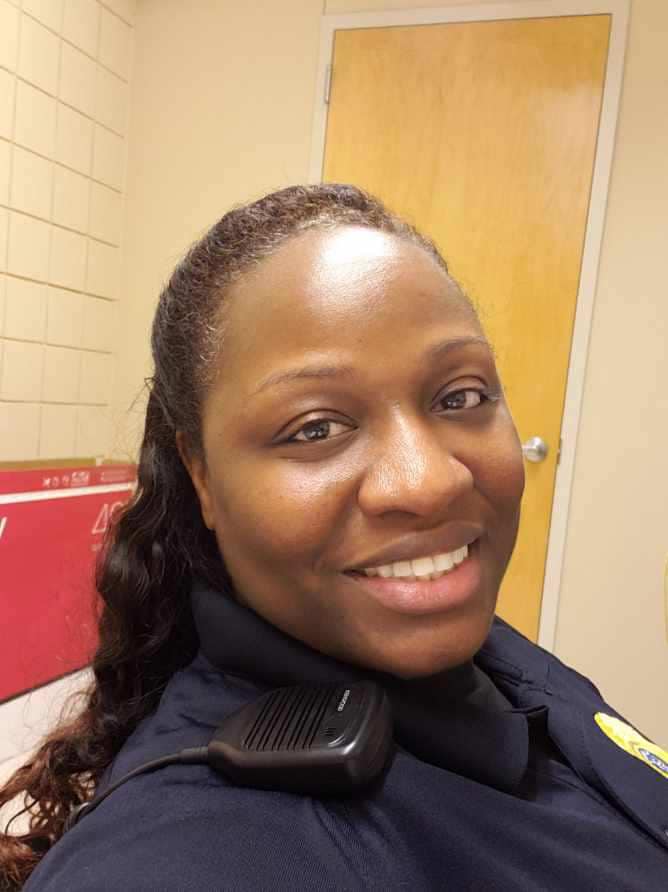 Late Wednesday night, the Minden Police Department was alerted about a suicidal man threatening to jump off of the LA 371 overpass overlooking I-20. Two officers arrived on scene while other officers closed off I-20 temporarily. Officers witnessed the man standing over the edge screaming that he wanted to kill himself.

The officers were able to convince the man to pull a leg back over the edge, however after that point he refused to budge, but asked specifically to speak with LT Tokia Whiting-Harrison, knowing her from his time as a student and her time as a School Resource Officer.

“He let them know they wouldn’t talk to anybody but me,” said Harrison. “It was one of my former students.”

Even though she was off duty at the time, she arrived in less than ten minutes. “I just wanted to get there and make sure that we could get the help that was needed for him. They trusted me to be there for them, so I know they trusted me for a reason,” said Harrison.

After arriving on scene, her presence alone was enough to coax the man from the edge. “They were still showing that they were upset. Then I called their name, and they realized I was there. I stayed in the middle to make sure I didn’t go towards the edge, so he would have to come off the edge towards me. As soon as I got up and called his name, and he realized that it was me and I was there, he calmed down a little bit, was still upset, but from what he was, and came over to me in the middle of the highway,” said Harrison.

This is emblematic of Harrison’s work as a School Resources Officer, and the bonds that she builds with her students. “One of the best attributes of LT Toika Harrison is the fact that she builds authentic relationships with people. People know they can trust her, in the good times and in the bad times. Like so many here in Minden, this young man knew that Toika would be there for him, like she’s here for us too,” said Becky Wilson, MHS Principal.

After coming over the barrier, the individual got into LT Harrison’s unit and was then transported to Minden Medical Center to receive medical care.

“Once I got him in my unit and got to have a conversation with him, I knew then that everything was going to be ok, and stayed with him once he got to the hospital for a few hours, to let him know that I was going to be there for him like I told him I was.”