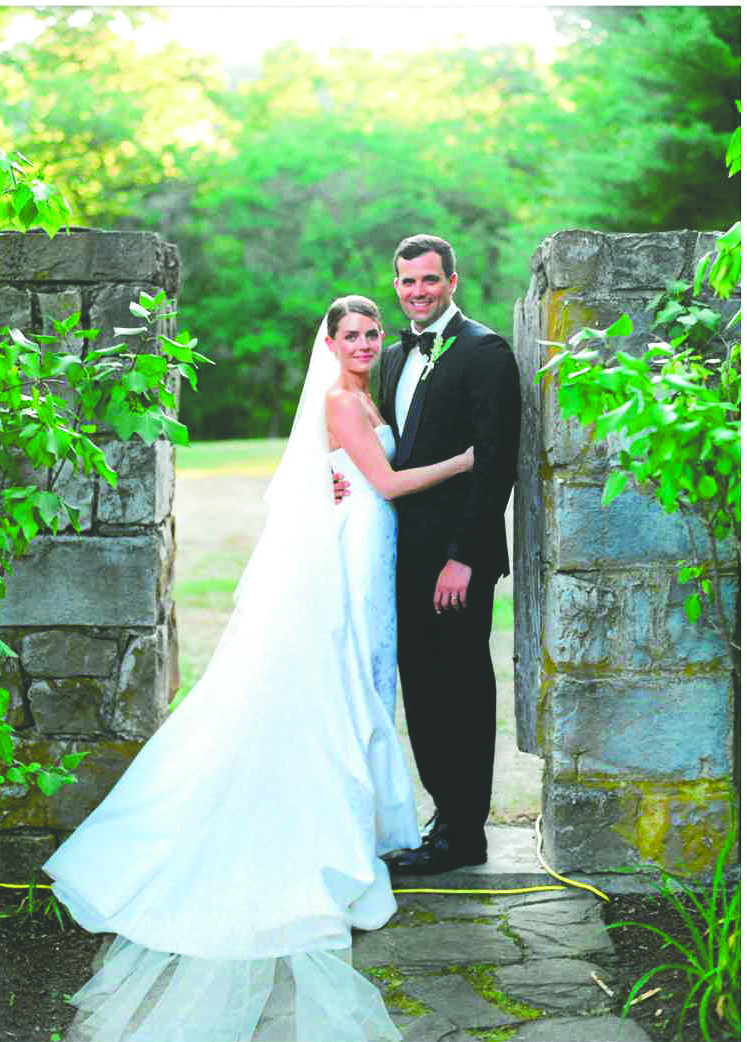 Miss Caroline Hope Madden and Mr. Pedro Frade Rodrigues were united in marriage on Saturday, July 13, 2019, at six o’clock in the evening at the Troutbeck Estate in Amenia, New York. The ceremony was officiated by Reverend Brian Mercer. Music for the ceremony was provided by New York Virtuosi.  Alex Alben, Bradley Oberlin and Donnie Ray Rushing, Jr. served as ushers for the ceremony. Adrienne Legg Hartford, Olivia Elizabeth Legg, Catherine Trawick Willis, and Savannah Margaret Willis served as greeters. Caroline’s parents hosted a seated dinner catered by Blue Hill followed by dancing.  On the eve of the wedding, the Rehearsal Dinner and Welcome Party were catered by Heirloom Fire.

Given in marriage by her parents and escorted by her father, Caroline wore the Hayden gown from the Spring-Summer 2019 Carolina Herrera Bridal Collection.  The strapless gown featured a floral jacquard column with a full pleated train and was complemented by a cathedral length veil and blusher also by Carolina Herrera.  Caroline carried a hand-tied bouquet of Lily of the Valley wrapped with vintage ribbon.

Caroline is a graduate of Cedar Creek School in Ruston, Louisiana and Southern Methodist University in Dallas, Texas.  She works in Public Relations for the fashion industry in New York, New York. Pedro is a graduate of the University of South Carolina in Columbia, South Carolina and the Wharton School of Business at the University of Pennsylvania in Philadelphia, Pennsylvania.  He works for the Brazilian bank, Itau headquartered in Manhattan and Sao Paulo, Brazil.  Following a honeymoon in South Africa and the Seychelles, Caroline and Pedro will reside in New York, New York.