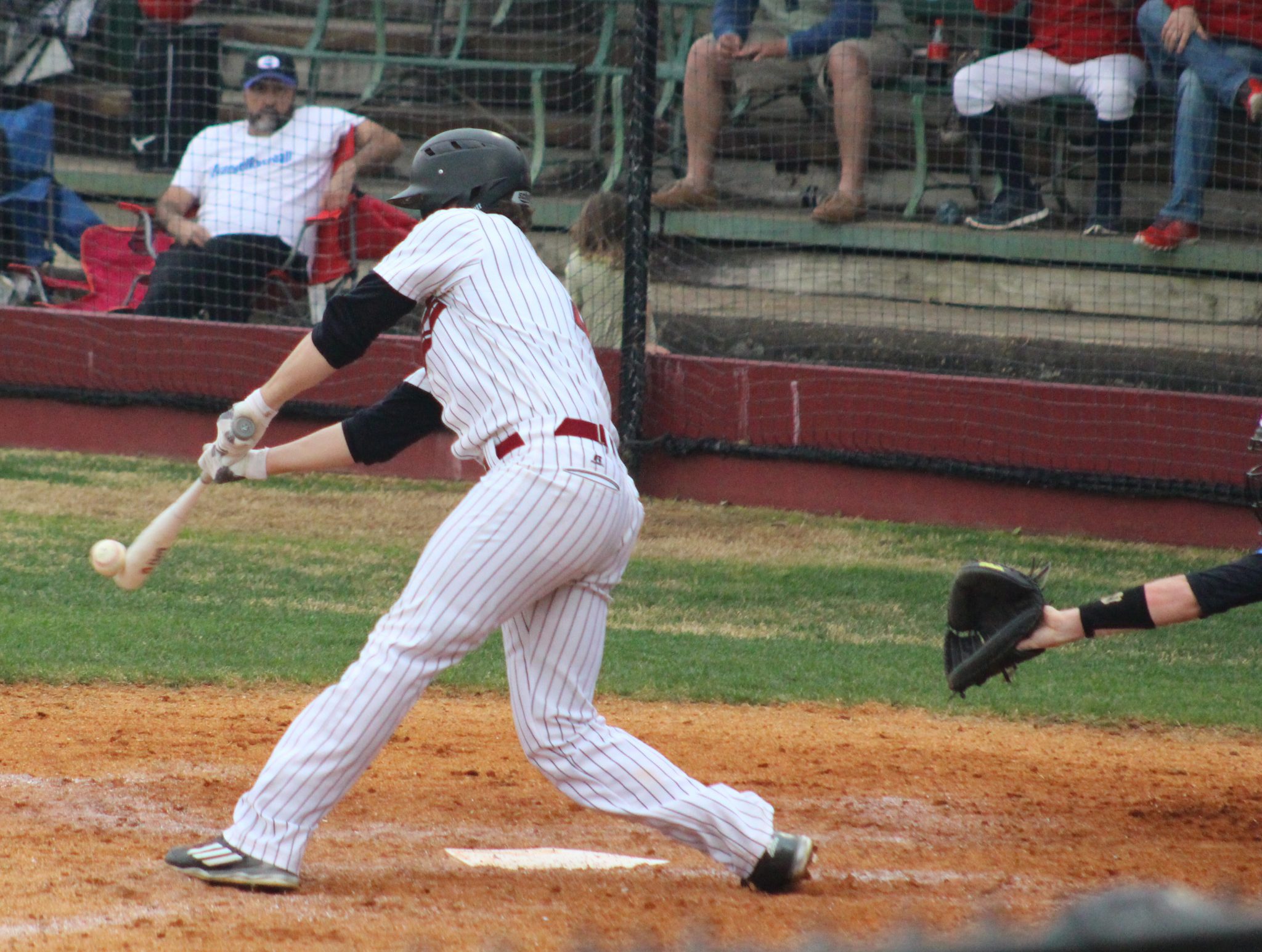 The Minden Crimson were right where they wanted to be in the fifth inning, tied 0-0 with the Airline Vikings. Minden pitcher Gavin Smith was cruising along, the Minden defense was making all the routine plays and then some and Airline’s pitching staff was beginning to show a chink in the armor.

Unfortunately, disaster struck. A walk followed by a stolen base put Airline at second base with one out. A bunt back to the pitcher was fielded by Smith who threw to first where a sprinting Peyton Gray stretched to try and make the play, but with no luck. The run came around to score from second making the score 1-0. Then, Justin McCready caught a pop-up down the right field line, turned and threw a heat-seeking missile to third for what looked like an outfield assist to end the inning.

The umpire called the Airline runner safe. He came home to score on the next at-bat on a bad-hop ground ball to Gunner Stephens. Tide head coach Dean Francis was displeased to say the least.

A large home crowd joined Francis in disputing the play at third, but following an extended discussion the officials made it clear they stood by the call.

The errant call was made more important when Stephens blasted a solo home run in the bottom of the sixth, deep to left-center near the scoreboard.
Smith sat the Vikings down in the seventh and the Tide had a final frame to try and tie the game, but Airline’s Hayden Waxley put the Tide away in order.

Stephens led the Tide offensively with his solo shot, followed by Smith, Matt Eskew, McCready and Aubrey Dennis with singles for Minden.
Smith went the distance for the Tide, tossing all seven innings, striking out two batters and scattering five hits.

With the loss, Minden’s record falls to 6-8 on the season. Minden has a date Thursday night against Loyola College Prep at Griffith Stadium, with that contest slated for a 6 p.m. start.