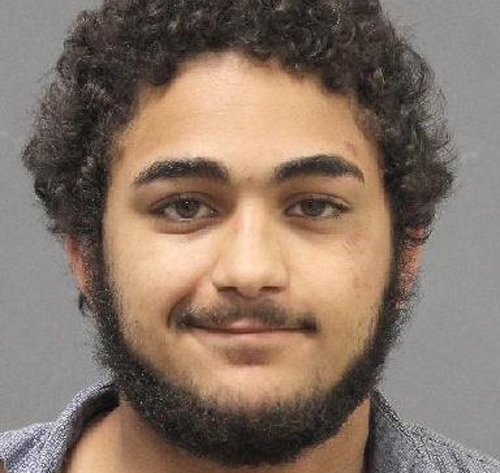 Police arrested a man after he reportedly slammed a female to the ground in the parking lot of a bank.

Officers were dispatched to the parking lot of MBL Bank on Main Street and when they arrived, they reportedly observed a man swing at another man.

“Once the officers arrived, the man fled on foot,” Police Chief Steve Cropper said. “During the chase, the man, identified as Manuel, knocked down Officer First Class Chris Hammontree and continued to flee.”

Cropper said he fled to the area behind the post office. After telling him several times to get to the ground, officers reportedly tackled Manuel. Following a brief struggle, they were able to place Manuel in handcuffs and put him into a patrol unit.

During the arrest, officers smelled a strong odor of what they believed to be alcohol, and he appeared to be intoxicated, according to the police report.

Cropper said the investigation revealed that a witness saw Manuel “slam” a female victim to the ground in the bank parking lot.
“When the witness confronted him, Manuel pulled on the passenger door, and when he found out it was locked, he began to bang on the windows and walked to the driver’s side,” he said, adding the witness called 911 when he drove off.

Another witness indicated she, the female victim and Manuel were at a party in Heflin earlier and Manuel became intoxicated, Cropper said.