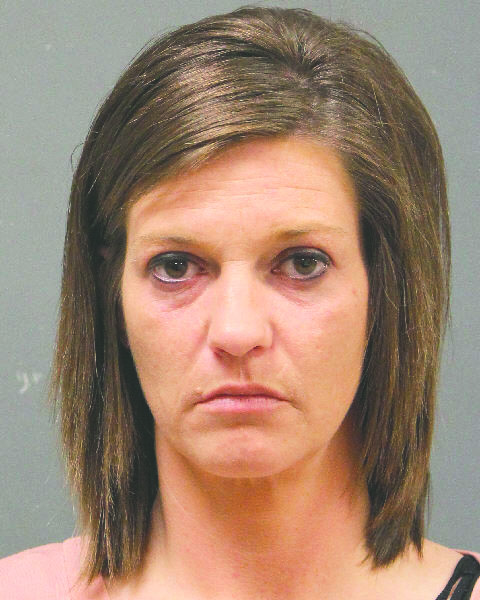 A Minden woman was arrested on several drug charges earlier last week. April L. Kendall, 35, was stopped by deputies of the Webster Parish Sherriff’s Office due to witnessing it traveling “across the center yellow line and the white fog line several times,” according to the booking report. The arresting officer “learned through dispatch that the registered owner, April Kendall, had an active warrant for her arrest.”

Soon after, the officer conducted a traffic stop on Highway 371. During the officer’s initial interaction, they noticed that “she exhibited signs of nervousness, possibly suggesting further criminal activity taking place,” according to the report.

After gaining consent to search the vehicle, (they) found a Victoria’s Secret Bag. Inside the bag, the officers located a pill bottle for ‘children’s melatonin.’ Inside the pill bottle was 8 (Xanax), 2 amphetamine dextroamphetamine pills, and 3 diazepam pills, according to the report.

Later during the search, the officer found, “a plastic baggie in the center console. Inside the baddie was 8 Hydrocodone pills.”

“Kendall denied any knowledge of the discovered pills in the Child’s Melatonin, however, (she) eventually admitted getting the hydrocodone pills from a friend,” according to the report.