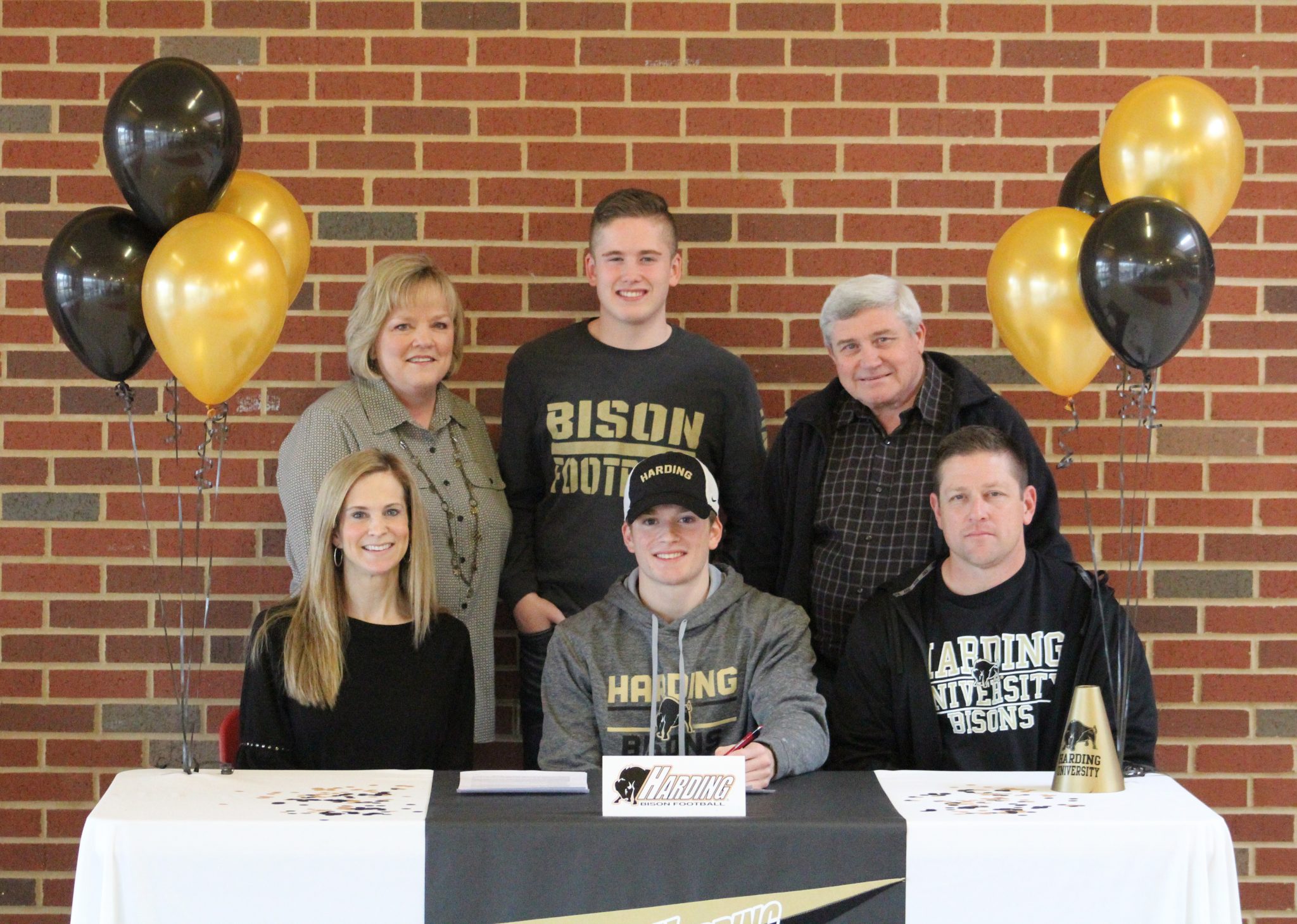 Minden senior Patrick Heard has signed a letter of intent to continue his career at Harding University in Searcy, Arkansas.

Heard made his decision final Wednesday at 1:30 p.m. at Minden High School where he was a three-year starter for the Crimson Tide. Heard is a two-time all-district, all-parish and all-area selection and carries a 4.0 GPA in the classroom.

Minden fans marveled at Heard’s big play ability and sprint speed while on display at The Pit, where many defenders took wrong angles to try and track him down.

A man of few words, Heard kept things brief in describing why he chose Harding.

“The coaches were all really genuine people,” Heard said. “They weren’t into the business side of it as much. Also, I liked the culture they had there and the passion their players showed in the weight room and at practice; they win a lot of games, I also like that.”

Harding coaches pitched Heard on the idea of playing as a slot/wing back in their triple-option offense, hoping to take advantage of his speed.

“I’ll be catching pitches, running buck, running sweeps and getting out in space,” Heard said. “I’m ready to get back to work. I don’t like all the drama with signing. I just want to get back to the everyday grind.”