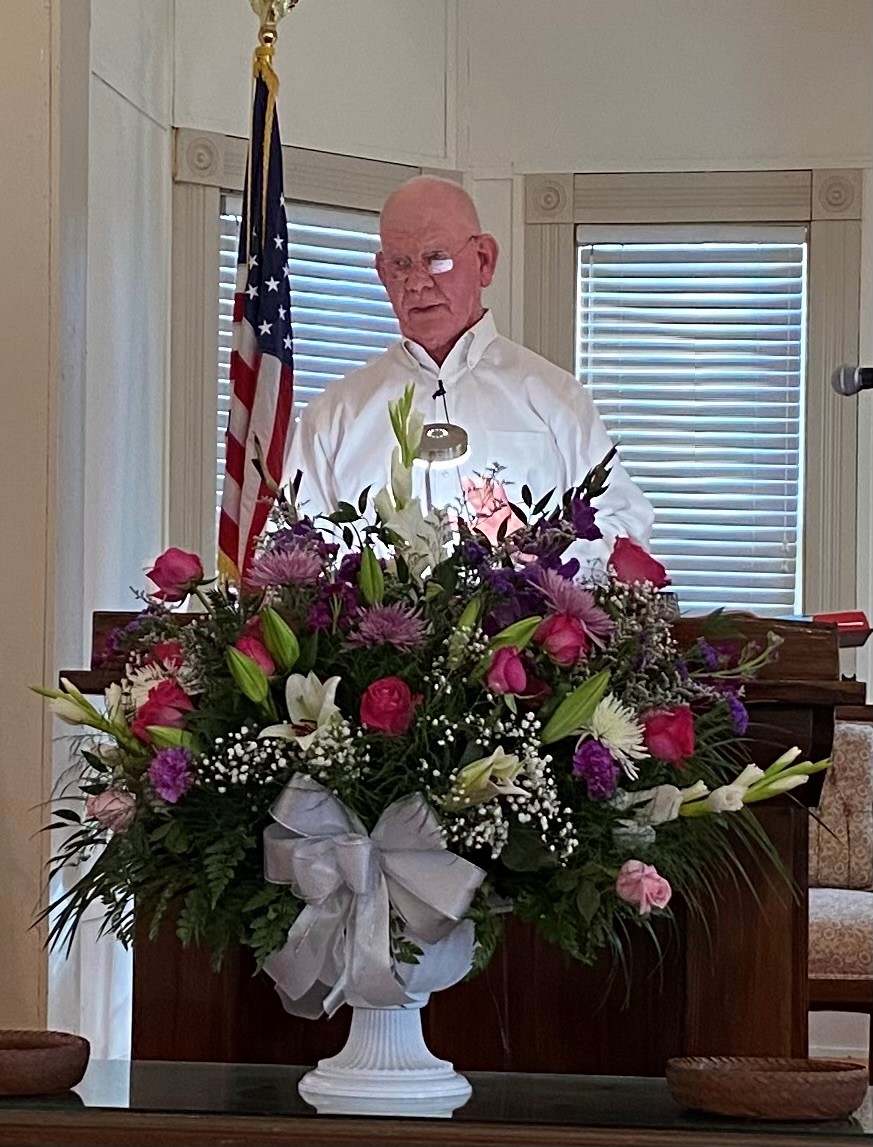 The Mt. Lebanon Historical Society held its annual meeting on February 20, 2022 at the Mt. Lebanon Baptist Church. The program was led by Steven Lyles. Special music was presented by Steven Lyles and Mary Claire Kettler. Our guest speaker was Jack Land who gave a local history presentation about his Smith family who emigrated from Ireland and settled in Isle of Wight County, Virginia, in 1689. His ancestor William Smith was given bounty land in Georgia for his service in the American Revolution. The family came to Mt. Lebanon in 1847, and William’s son Robert attended Mt. Lebanon College. They later bought property near Black Lake Swamp, where they lived until 1866 when a disastrous hailstorm killed most of their livestock and destroyed most of their buildings. They moved back to Mt. Lebanon where they purchased Stagecoach Inn. From 1853-1883, Stagecoach Inn was a stop on the stagecoach route from Trenton to Shreveport on the Old Wire Road. The inn provided food for guests and a place to change horses.

Please mark your calendars for the following events: Stagecoach Trail Day Festival on May 7, 2022, and the annual Flag Raising Ceremony on July 4, 2022.