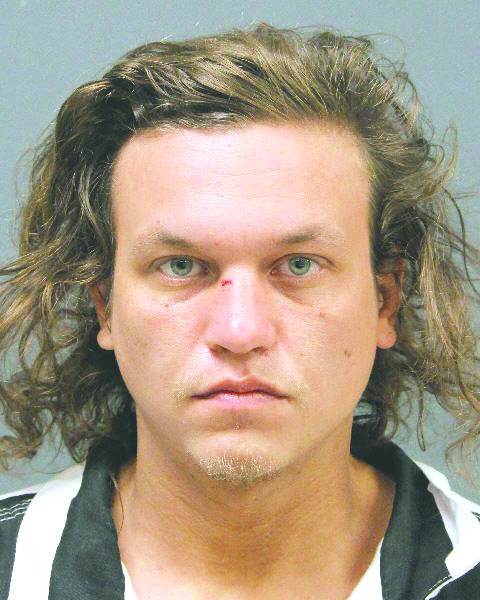 An Arkansas man was arrested Saturday at the Muddy Bottoms pro shop in Sarepta after allegedly attempting to use several stolen credit cards.

Blake Davis, 27, reportedly attempted to purchase items with multiple credit cards with different names, and all were declined. The attendant noticed the different names and alerted security personnel because there had been thefts of credit cards reported on the premises earlier in the day.

Security saw Davis go into the restroom and followed him. Upon entering, they saw a pistol hanging out of a purse and detained Davis for having a firearm on the premises.

Deputy Terry Brown with the Webster Parish Sheriff’s Office was dispatched to the scene, and he handcuffed Davis and read him his rights. It was determined at the welcome center that the items Davis had in his possession had been reported stolen to the sheriff’s office earlier in the morning. These stolen items included credit cards, jewelry, identification for several individuals, wallets, and the pistol.

Davis, a resident of Pine Bluff, Arkansas, was booked on two counts for illegal possession of stolen things and taken to Bayou Dorcheat Correctional Center.