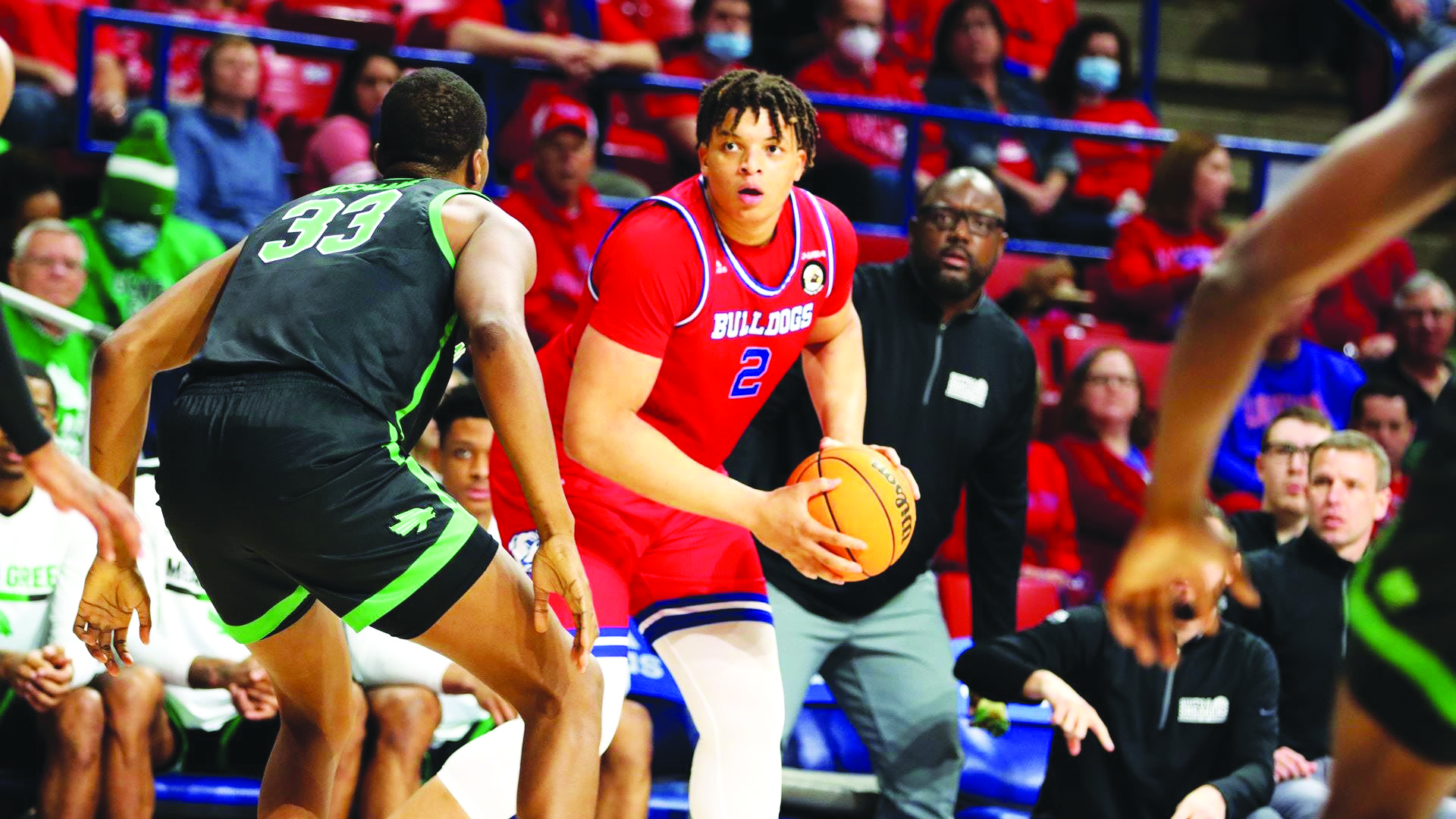 RUSTON — Louisiana Tech fell in heartbreaking fashion on Saturday afternoon as North Texas hit a game-winning three in the final seconds to come away with a 63-62 decision inside the Thomas Assembly Center on Karl Malone Court.

Facing one of the best defenses in the country, the Bulldogs went ice cold from the field, making only one field goal in the final 10 minutes of the game.  They were converting from the free throw line though, making 22 of their 26 attempts.

It appeared as though Kenneth Lofton, Jr., who totaled 20 points, 11 rebounds, four assists, two steals and one block, would get a chance to return to the foul line as he had two shot attempts missed in the paint on a double team.

But no foul was called and the Mean Green called a timeout with 20 seconds to play (and 18 ticks remaining on the shot clock).

Tylor Perry, who was just 1-of-7 from the field going into the final possession, missed his seventh shot — a 3-pointer from the corner.  However, Thomas Bell pulled down the offensive rebound and kicked it back out to Perry who did not miss his eighth, making a three to go up one with about five seconds left.

Amorie Archibald had a chance to win the game for Tech at the buzzer, but his 3-point attempt was off the mark.

LA Tech next tips off a three-game road stretch at 6 p.m. Thursday at Florida Atlantic.