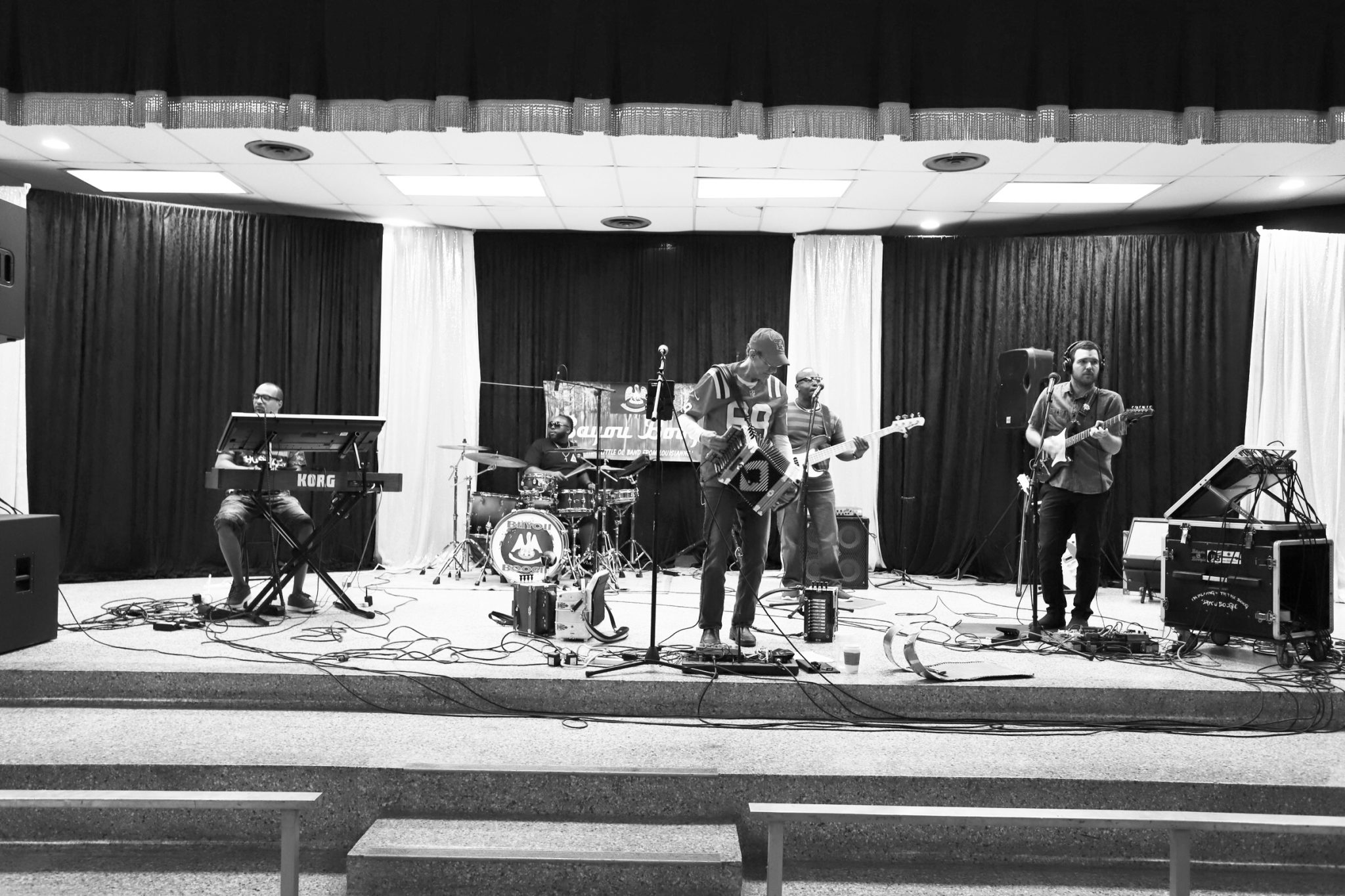 The Springhill-North Webster Chamber of Commerce held its annual banquet commemorating their 65th year serving our area businesses on Thursday, April 25, 2019. The crowd of approximately 265 people enjoyed dining to a delicious meal prepared by Little Frenchie’s Fixins and Kristina Marshal Kreations while listening to the zydeco music of Pat Mason and Bayou Boogie.  The entertainment of Pat Mason was made possible by the sponsorship of Citizens National Bank.

Chamber Manager Ronda Taylor welcomed everyone and thanked each of the twenty-five sponsors for their support. Mayor Ray Huddleston had the honor of recognizing all the visiting dignitaries and special guests that attended.   Dr. Jonathan King, pastor at Springhill United Methodist Church gave the invocation and Board Member Will Whitehead led the crowd in the Pledge of Allegiance.

Incoming President Todd Winkler began his duties by presenting outgoing President Kindle Masters with a crystal gavel.  Todd addressed the crowd about his vision of working together with our city officials and promoting our area and our area businesses. He then began the awards part of the evening by introducing a friend or family member as they came to read a bio about the award winners. Outgoing President Kindle Masters presented the awards to each of the winners.  The 2019 winners are as follows: Business of the Year-Tractor Supply, The Civic Service Award – Piggly Wiggly Steak Cook-0ff, Ambassador of the Year – Main Street Director Amber Cobb, Businesswoman of the Year – Nikki Reeves, and Businessman of the Year – Cody Goodwin.

The chamber hosted a raffle for a Griddle Cooking Station and Tool Kit donated by Tractor Supply Company.  The lucky winner was Ashley Haehn.