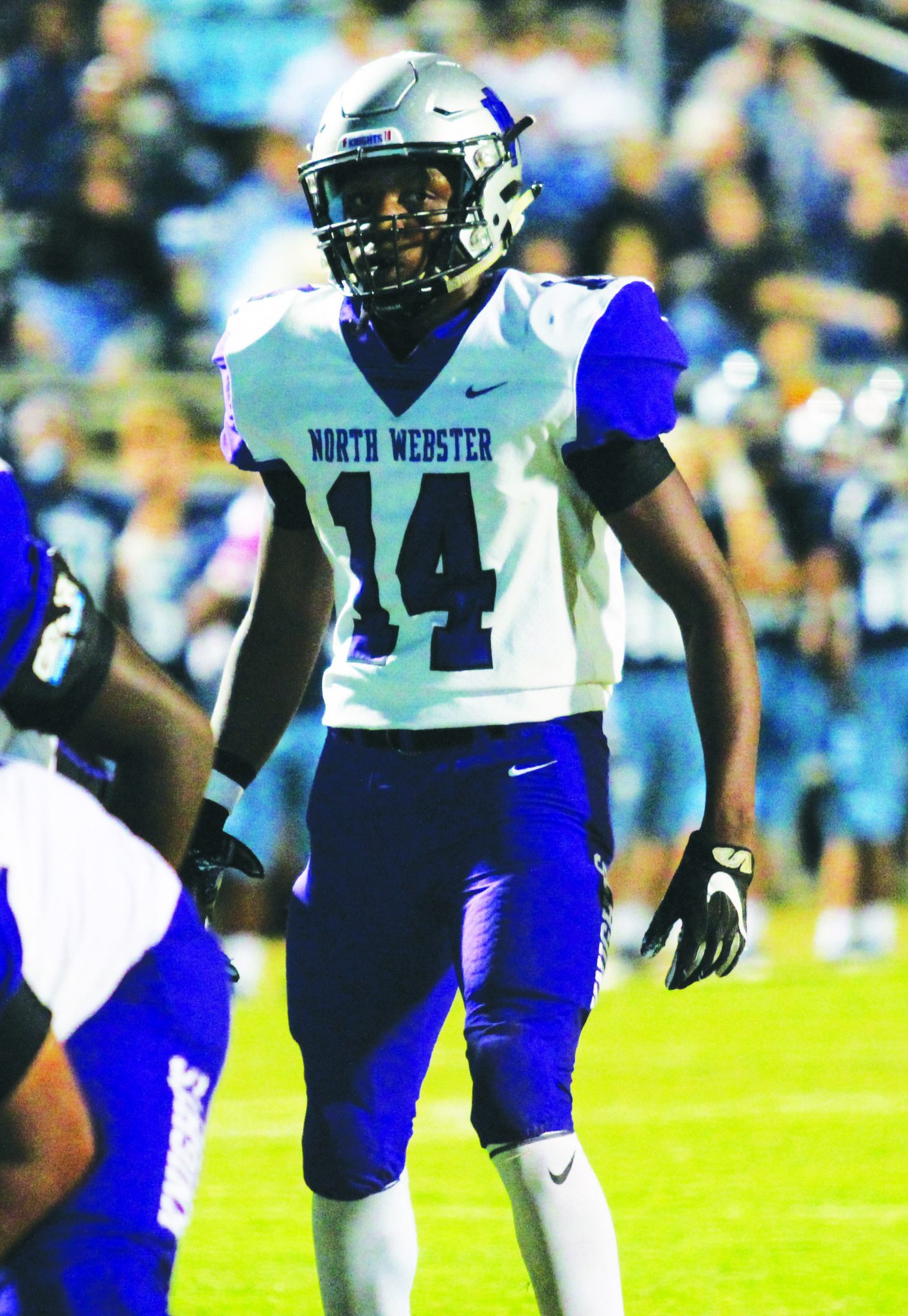 The Knights made it two in a row with a 33-9 win over Logansport on Friday that displayed all that makes North Webster such a threat each year in Louisiana.

“We did a lot of good things on offense,” North Webster head coach John Ware said. “We were very explosive.”

“Roc had a great night,” Ware said. “All of his catches were big plays for touchdowns.”

Hawthorne finished with three catches for 124 yards and three touchdowns.

After leading early, the Knights continued their offensive explosion.

Junior running back Tyreke Williams took a handoff up the middle, cut to the sideline and raced in for a 70-yard touchdown to put some distance between the Knights and Logansport.

“Tyreke has a little more power and a more thump than we’ve had before,” Ware said. “He’s hard to bring down.”

One quick stop by the Knights later, Eddie Rollen took a jet sweep for fifty yards and a touchdown to put North Webster ahead by twenty at the end of the first quarter.

“Eddie had a big night too,” Ware said. “We had a  big night on  the ground running the football.

The Knights defense smothered Logansport, keeping all over the quarterback and shutting down an air attack that has plagued North Webster the past few seasons in this matchup.

North Webster plays at Minden on Friday at 7 p.m.

“This next game is going to be a war like it always is,” Ware said. “Minden is huge up front, even their skill guys are big. They are a very good football team, a lot better on offense than last year. Their quarterback and receiver are coming into their own.

“It will be our toughest test that we’ve faced defensively.”