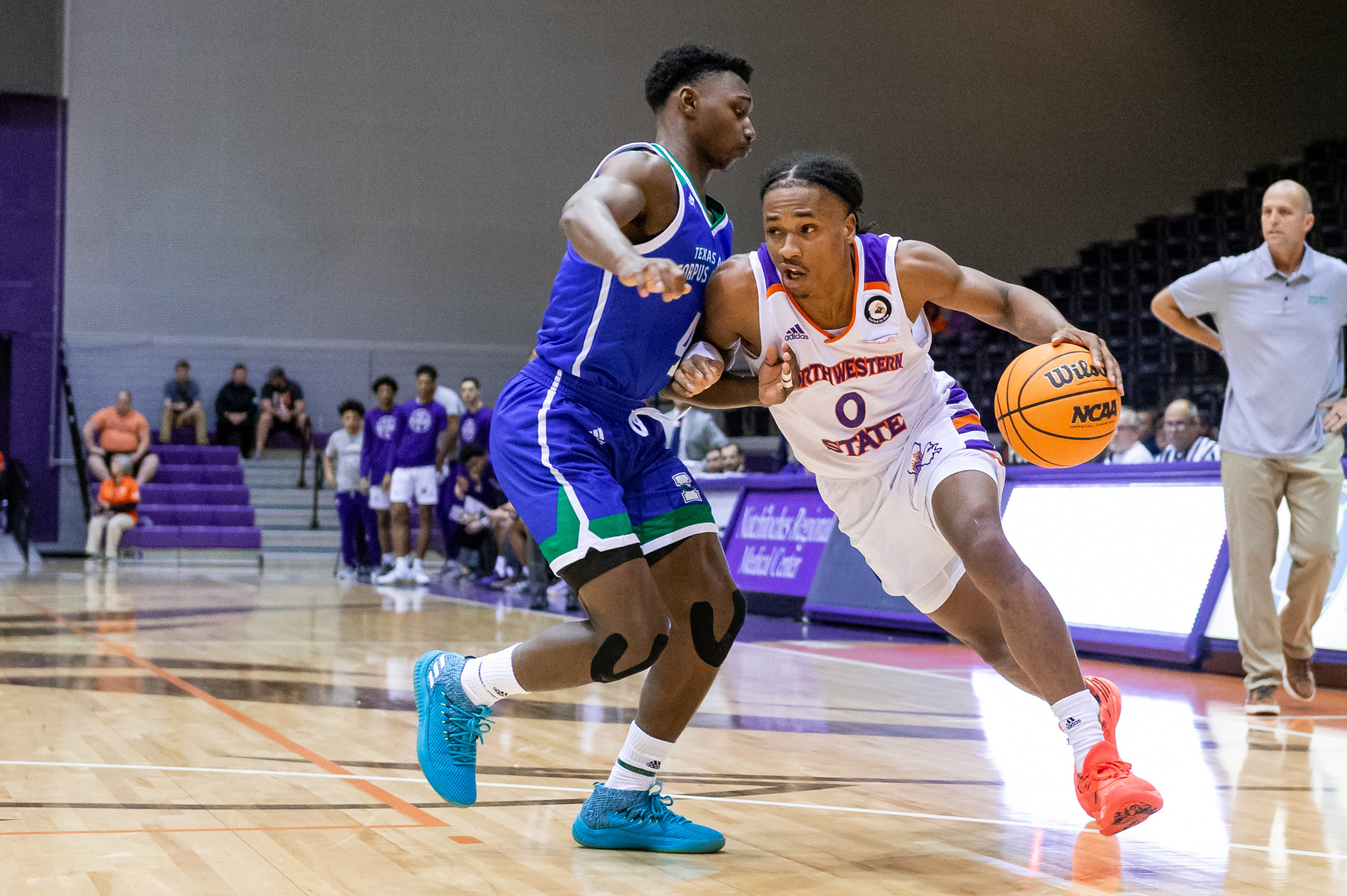 NATCHITOCHES – The Northwestern State men’s basketball team checked off most of the items on its to-do list in Saturday’s Southland Conference opener against Texas A&M-Corpus Christi.

The Demons, however, were undone in large part by something for which there is no defense – free throws.

The visiting Islanders shot three times as many free throws as Northwestern State and were proficient enough from the line to emerge with a 65-59 win in Prather Coliseum.

Texas A&M-Corpus Christi built an eight-point lead at the half by working the ball inside, shooting nearly 52 percent (14 for 27) from the field. The Demons rectified that in the second half, clamping down to limit the Islanders to just 26-percent shooting (7 for 27) in the final 20 minutes.

Buoyed by a defense that kept Texas A&M-Corpus Christi without a field goal for the first 7:42 of the second half, the Demons took their largest lead of the game, a four-point advantage, with 12:33 to play on DeMarcus Sharp’s jumper that capped a 7-0 run.

Four Demons scored in double figures, led by 12 points each from Dayne Prim and Ja’Monta Black.

Prim reached double figures for the first time since Dec. 1, a stretch in which he missed two games because of a concussion. Prim gave the Demons an inside presence on both offense and defense, finishing with a career-best four blocked shots.

However, Prim exited the game with 9:54 to play, leaving the Demons without two of their top big men.

“We were very proud of Dayne Prim to be close to being back to his normal self,” Gipson said. “He did a great job of stepping in with big (Jordan) Wilmore out of the lineup. He gave us a physical interior boost. Dayne is a physical force in the paint. He has his aggressive mentality back.”

The Islanders answered NSU’s 7-0 surge with a 9-0 run across 2:59 of the second half that was capped by a pair of Isaac Mushila free throws. Mushila finished with his sixth double-double of the year, scoring 16 points and grabbing 13 rebounds.

The Demons continued to chip away slowly at the Corpus lead, finally regaining the advantage for the final time on a pair of Sharp free throws with 2:33 to play.

From there, Terrion Murdix scored or assisted on every point of an 8-0 Islander run that put the Islanders ahead for good.

Sharp (11 points, 10 rebounds) had his second double-double of the year for the Demons, who also got 11 points from freshman Jalen Hampton.

In addition to being outshot 27-9 at the line, the Demons lost the rebounding battle by 10 despite grabbing 12 offensive rebounds.

“League play is a marathon,” Gipson said. “Defending has to be the No. 1 priority, and you have to rebound the basketball. Talking about the defense, I’m being overly critical.

“Our goal was to hold them to 60. They were five over that. When it comes to turnovers, we say 10 or less. We had nine. We were close to meeting the mark defensively. The thing we have to make adjustments with is the charity stripe. How did they get to 65? How many of them were from the charity stripe? We have to go back to the drawing board and make sure we handle that kind of discrepancy.”

The Demons return to action Thursday at McNeese. Tipoff is set for 7:30 p.m. on the day McNeese will rename its home floor Joe Dumars Court after the Natchitoches native and former NBA Finals Most Valuable Player.